SIHH 2014 - PANERAI - Radiomir in the spotlight

Officine Panerai is one of relatively few watch brands to offer timepieces whose power reserve is measured in days rather than hours. This is the legacy from the brand’s historical links with the Italian Navy. Given Italy’s geography, the country has always been a seafaring nation and the Italian Navy divers have played a crucial role in the country’s military machine. Italy was the first country to use frogmen and human torpedoes in military operations and it was vital that these courageous divers could rely on accurate measuring instruments with a long running life and a clearly visible display.

Links with the sea are still an important part of the Panerai brand environment, but in a much more peaceful form thanks to the passion of the brand’s CEO Angelo Bonati for classic yachting. It is perhaps because of this personal interest that Panerai’s association with the world of classic yachting goes far beyond the scope of any normal sponsorship. Not only has Panerai set up its very own global event for classic yachts, the Panerai Classic Yachts Challenge, it has even paid for a comprehensive restoration of the legendary classic yacht Eilean, which now acts as a unique “ambassador” for the brand. 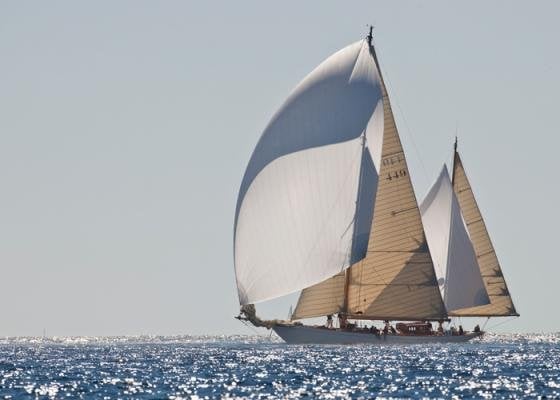 Panerai chooses the venues for the European, North American and Caribbean legs of its eponymous classic yachts challenge with great care and puts in a considerable effort behind the scenes for the organisation of each event. The attention to detail reached its extreme at the 2013 season finale in Cannes, where the brand shipped in its own caterers and food from Italy to feed the hundreds of hungry mouths after the day’s regatta!

As its foretaste for the 2014 edition of the SIHH, Panerai presents a host of new models in precious metals in the Radiomir collection, which was relaunched only in 2012 and is named after the patented luminescent material developed by Officine Panerai to improve the legibility of its measuring instruments under water. It thus harks back to the brand’s pre-war days, to a three-part case construction with simple wire loop attachments for the strap, before the signature cushion case evolved lugs and its unmistakable locking lever to protect the crown. 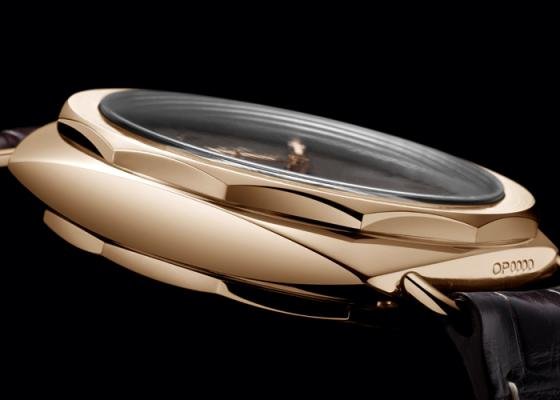 One of two special editions featuring Panerai’s 8-day movement, the Radiomir 8 Days GMT Oro Rosso is inspired by a rare Panerai model from the late 1930s. Aficionados will note the absence of the familiar oversized Arabic numerals on the dial, which have been replaced by minimalist linear and dot hour markers. The Radiomir case is fashioned in an unusual 5N red-gold alloy that adds some platinum to the usual mixture of copper and gold and creates bright sheen that works perfectly against the rich blue of the dial. It is powered by the manually wound P.2002/10 in-house calibre, whose finely skeletonised bridges, visible through a transparent case-back, reveal another patented development by Panerai: the three bridges arranged in series that ensure the 192-hour power reserve, which can be read off the linear scale on the dial. This 300-piece limited edition comes complete with a second time zone hand and a 24-hour am/pm hand on the small seconds dial at 9 o’clock and is available exclusively from Panerai’s own monobrand stores.

The Radiomir 1940 Chrono Monpulsante 8 Days GMT is the second model with the big power reserve and recalls the period when the Radiomir case started to evolve into the Luminor 1950 design. Indicated by the addition of “1940” to the model name, this transition is most clearly indicated on the watch itself by the presence of integrated lugs, rather than wire loops, for attaching the strap. The dial follows the same minimalist design of the limited-edition 8 Days GMT piece but for the addition of a discreet chronograph minutes counter at 3 o’clock and a central chronograph seconds hand, powered by the manually wound P.2004/10 calibre which maintains the impressive 8-day power reserve, despite the extra energy-hungry complication of a chronograph. Only 150 will be made in 18-carat white gold and 300 in 18-carat red gold.

A special limited edition bearing an extremely rare dodecagonal bezel completes the trio and is available in the noble materials of platinum and red gold. The heart of this piece, which is named simply “Radiomir” without accoutrement, is the exclusive Panerai OP XXVII calibre. This equally rare movement is found only in the brand’s most exceptional pieces, since it is based on the vintage Minerva 16-17 manually wound calibre, which beats at a sedate 18,000 vibrations per hour and offers 55 hours of power reserve. A Plexiglas® crystal completes the period feel of the piece. 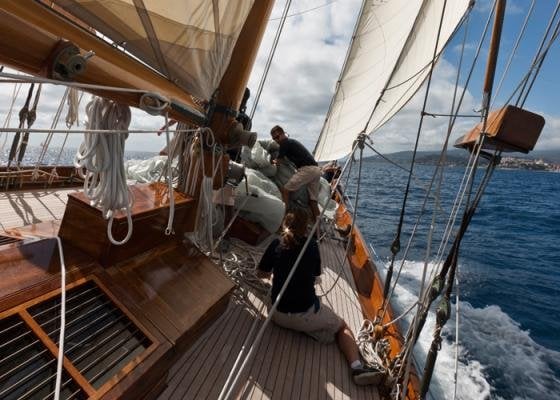 It was Panerai’s CEO Angelo Bonati himself who spotted the decaying hull of Eilean during the Antigua Classic Yacht Regatta, the first leg of the Panerai Classic Yachts Challenge, in 2006. His idea was for Panerai to purchase and restore the vessel and the fact that the yacht was built in 1936, the same year that the first prototype Radiomir watches were produced for Italy’s Navy divers, no doubt strengthened his conviction. The 1936 Bermuda ketch, which was built by the Fife shipyard in Scotland (Eilean means “little island” in Gaelic), was transported to Italy by sea in 2006 and restored over a period of three years that required a total of 40,000 hours of work. She was then relaunched in 2009. Today, Eilean continues her eventful history, which includes two full restorations and a starring role in the 1982 video for the Duran Duran hit “Rio” at sea as a regular participant in the Panerai Classic Yachts Challenge. Panerai also makes her available to various charities who can take advantage of the therapeutic effects of sailing on the ketch.