Legitimacy is an important concept in fine watchmaking and the finer and older the brand, the more important the question of legitimacy becomes. Piaget has been innovating in the field of ultra-thin timepieces since the 1960s and thus has a reputation to uphold in this field, which it does with the presentation of the world’s thinnest self-winding watch at the 2014 edition of the SIHH. Europa Star spoke with Piaget’s CEO, Philippe Léopold-Metzger, about the ultra-thin technology and his plans for the brand he calls “the jeweller’s watchmaker”. 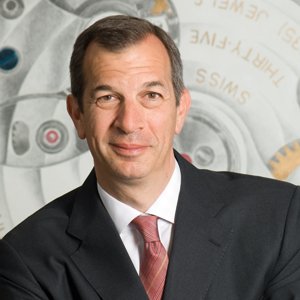 Europa Star: Your focus at the SIHH will be on your legacy of ultra-thin movements, with a new record for the world’s thinnest self-winding watch. How far do you think you can go with the ultra-thin technology? Philippe Léopold-Metzger: I think we are reaching the limits. When I read the press releases for the watches I see the different records for thinness, but this is not necessarily what I would remember about the watch. What strikes me is the fact that it is the fusion between Piaget the watchmaker and Piaget the goldsmith. This is the advantage we have, because we have huge resources for the development of the movement and the watch case. So instead of having people working in isolation on either the movement or the case, they can work together from the outset. When they are integrated in the process together in this way, the world’s thinnest self-winding watch is the kind of result that we can achieve. But it’s not just a question of thinness, it is more about technicality in the service of design.

Do you think the customer will buy this new piece more because it is a Piaget or because of its technicality? PLM: We’ll see, but when you consider the Altiplano collection as a whole, a lot of the watches are very classic in design and these are some of our best-selling pieces. The initial reactions to the new model have been very good. Men like it because they see that it is a new way of looking at a watch. OK, it’s thin, but at the end of the day whether it is 3.65mm or 5mm is not going to make a big difference for them. But what we find is that women love the thinness.

“We are going to invest a lot in the development of our production capacity, hopefully increasing it by 50 per cent.” Philippe Léopold-Metzger

Are the ultra-thin movements harder to work on from a customer service point of view? PLM: They are a lot harder to work on because the tolerances are much smaller and you work with infinitely small pieces. But at the end of the day this is what we have been doing since the late fifties.

So you have no issues with customer service? PLM: Whether on the production side or the customer service side, we need very experienced watchmakers around the world. The challenge is to get the balance between the two right. We have schools in China in conjunction with WOSTEP so that we can train watchmakers with the skills that we need. The problem today is that we have capacity constraints in production, which is why we are going to invest a lot in the development of our production capacity, hopefully increasing it by 50 per cent, which will obviously give us the means to develop. [Editor’s note: Piaget has acquired 3,000m2 of land for expansion of its manufacture in Plan-les-Ouates]. But the philosophy will remain the same: we will be product-driven with low volumes and a very high average price.

What is your outlook for the brand over the coming year? PLM: The watch business remains quite strong. At the very high end, watches are very resilient. Our geographic spread is very good because Piaget is a well entrenched brand in Asia.. The fact that the Chinese market is slowing down a bit is more than offset by sales to the Chinese who are travelling. In Switzerland if you look at the strength of Interlaken and Lucerne today, it’s huge.

“The problem today is that brands like us, even though we are very strong in Asia, have to fight for their market position.” Philippe Léopold-Metzger

How important is the Swiss market for Piaget? PLM: For us it is one of the two biggest European markets alongside France. It depends on the year which one is number one, but when you look at the importance of places like Interlaken and Lucerne, it’s amazing. Obviously, there are also the cities such as Geneva and Zurich, but the potential in Lucerne is huge. We have just opened our first fully-fledged flagship store there. The customer base in Lucerne has evolved dramatically over the past 10 or 15 years. It used to be popular with the Japanese, as well as Thais and Koreans. But now the mainland Chinese are a big factor. But Lucerne has always been like this.

So are the Chinese tourists more important than those in China itself? PLM: Mainland Chinese have always bought primarily outside China since the beginning. Hong Kong has been driven by sales to mainland Chinese for as long as I can remember. The problem for brands is that irrespective of the level of sales in China, this is somewhere they need to invest and build stores and that is what we are doing.

What about development elsewhere, for example in North and South America? PLM: South America is very interesting for us but it’s more of an investment project at the moment because we are importing products legally [laughs] and it is therefore very difficult to make money. But the people there love luxury products so it is a place you have to consider. North America is the country with the most wealthy clients in the world in terms of numbers and I think there is tremendous potential there. The problem today is that brands like us, even though we are very strong in Asia, have to fight for their market position. We are fighting on several fronts and I think you have to go to America when you are ready to make a statement. We are going to open a big store on Rodeo Drive in the middle of next year, as well as a second store in Miami. 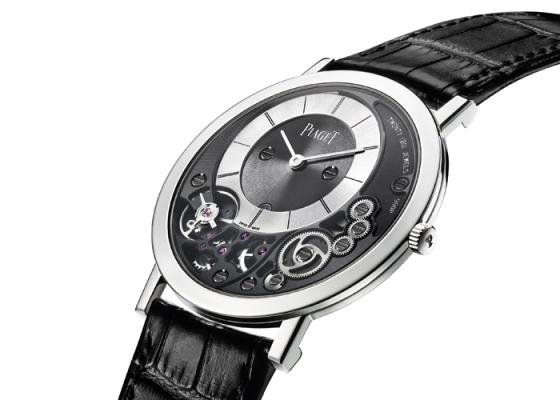 Piaget has put no less than three years of development into what is simply the world’s thinnest self-winding mechanical watch, with a total thickness of just 3.65mm. This remarkable achievement rests on the use of a new movement design that uses the back of the 18-carat white-gold case as the mainplate of the 900P movement. Furthermore, the gear train has been arranged around the off-set dial, which, together with the hands, is actually below the level of the bridges. Besides saving space, the latter innovation (for which the brand has applied for a patent) also offers an elegant solution to the problem of the crystal, under pressure, touching the hands and causing the movement to stop – a problem that is aggravated by the much smaller clearances in an ultra-thin watch.