Hublot may have been the first watch brand to partner with a football club but the landscape has since changed with the Swiss brand substituted as the official watch of Manchester United by Bulova. Two more top-flight clubs from the English Premier League have also recently secured new official watch signings: Arsenal has partnered with JeanRichard and Chelsea with Rotary. Europa Star talked to Victoria Campbell, Managing Director of Rotary’s UK-based parent company, the Dreyfuss Group, about the significance of this new partnership and the brand’s global expansion plans. 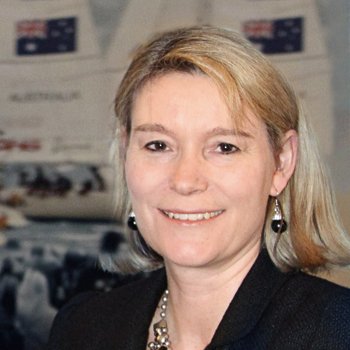 Europa Star: What prompted the move into football sponsorship and why did you choose Chelsea in particular? Victoria Campbell: We were looking for a major global marketing initiative that was capable of being a “game changer” and one that would genuinely travel across all of the markets that we are targeting. Once we started talking to some of the leading European clubs it quickly became clear to us that the English Premier League (EPL) can evidence a huge worldwide following. Chelsea FC immediately rose to pole position in our own selection criteria when we realised just how strong they are in Asian markets. Our objective is to grow the brand in Asian markets so Chelsea became the clear first choice for us.

Rotary is the second “affordable” brand after Bulova to team up with a Premier League football team. Since Bulova replaced a luxury brand (Hublot), do you think we are seeing a shift away from luxury associations with the big-money world of Premier League football? VC: Chelsea have never had a watch brand as a global partner before so it is very exciting to be breaking new ground with the team at Stamford Bridge. In addition, Chelsea were keen that their first watch sponsor should be a brand that was not out of reach of their core fan base and for that reason our affordable, Swiss Made market position was just the right “democratic” offer that they were looking to secure.

Despite Rotary’s Swiss heritage, there is also a very strong connection with the UK and your head office is in London. How important is the UK market for Rotary? VC: We were founded in 1895 in La Chaux-de-Fonds, Switzerland and four generations on the Dreyfuss family are still the driving force behind the brand. Very early on, the second generation of the Dreyfuss family came to London and set up an office which has become the sales and marketing and general management headquarters for the group worldwide. For this reason the UK has always been a strong market for the brand and is still so to this day. That said our strategic goal over the next five years is to grow our international sales, hence the decision to invest in Chelsea FC sponsorship in order to accelerate our brand awareness and distribution overseas.

What other countries are important markets for Rotary? VC: Outside the UK and our fast growing Asian business, where in the last 18 months we have gone from perhaps 10 points of sale to nearer 350 points of sale by the end of 2013 we are on over 45 countries worldwide and over 40 major airlines.

Who supplies your quartz and mechanical movements? VC: We work with a wide range of movements from ETA and Valjoux. We always start with the design, with the white space in the market that we are seeking to fill, and then look for the most appropriate movement, not the other way round. Over the years we are seeing more and more interest in mechanical and automatic movements and therefore have increased the number we launch each year.

Many of the brands in the lower price segments are concerned about the changes to the Swiss Made regulations. Do you share these concerns and is there a worry that they could affect your prices? VC: No we are not concerned about the proposed changes to the Swiss Made rulings. On the contrary we actively embrace them and recognise this is the best way forward for the industry.

Can you tell us more about the Dreyfuss & Co. brand? VC: The Dreyfuss and Co. brand sits above Rotary in terms of market positioning and was launched at Basel in 2005. It is named after Rene Dreyfuss, and is a true legacy brand that not only celebrates the family watchmaking dynasty but also adds a retro classic feel to the range itself. It is sold by a separate sales team and run along the lines of an agency brand with a brief to actively cap the number of agencies we open in order to retain the exclusivity this brand commands.

How did business progress in 2013 and what are your expectations for 2014? VC: Business was good for us in 2013 and we expect to be delivering group growth in the region of 11 per cent, our fourth year of consecutive double-digit growth, coming largely but not exclusively from overseas markets. 2014 will see further ambitious but achievable targets for the group with the Asia pacific region at the centre of our plans and the Chelsea FC sponsorship helping to drive the crucial consumer brand awareness in these regions.

Rotary offers a number of incentives that set it apart in the field of customer service. There is a lifetime guarantee on Rotary watches, providing that they are serviced at an official Rotary Service Centre every three years. This is a great way of motivating customers to keep their watches regularly maintained, but Rotary offers a further incentive with a new initiative: the chance for one lucky customer who sends their watch in for servicing to win a car.