MID-RANGE - FOSSIL - the anthithesis of its name


MID-RANGE - FOSSIL - the anthithesis of its name

It is a big year for the Fossil Group, and not just because the company celebrates its 30th anniversary this year. While its competitors have been loudly voicing their concerns over the changes to the Swiss Made legislation, from its headquarters in Basel, Fossil Group Europe, a subsidiary of the Dallas-based parent company, has quietly been building up an impressive Swiss Made production capacity for its numerous brands. The group’s first move to secure its own movement supply came with the acquisition of Antima SA in 2002. At the time, Antima was part of a movement buying syndicate that had a supply contract with ETA. Unfortunately, this contract was not renewed when it expired in 2009 and the group was forced to look elsewhere for its movements. It quickly became apparent that only Sellita and the lesser-known PWP could produce the volumes that Fossil required. 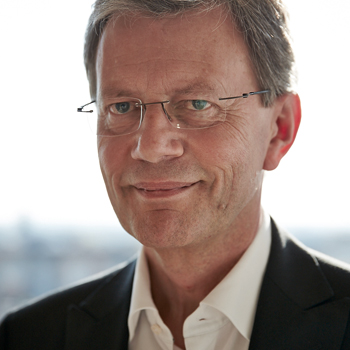 After it was established in 2006 by a group of Swiss engineers led by Hans Ulrich Saurer, PWP produced its first series of 2,000 movements in 2010, with a second series following the next year. Series production started in 2012, which is the year Fossil acquired the company. Now operating under the name Swiss Technology Production SA (STP), it aims to produce 130,000 of its STP1-11 movements in 2014, rising to over 200,000 units next year. Of the 4,000 people employed in the watch industry in Switzerland’s Ticino region, a mere 28 are currently employed at STP in Manno, just outside Lugano. 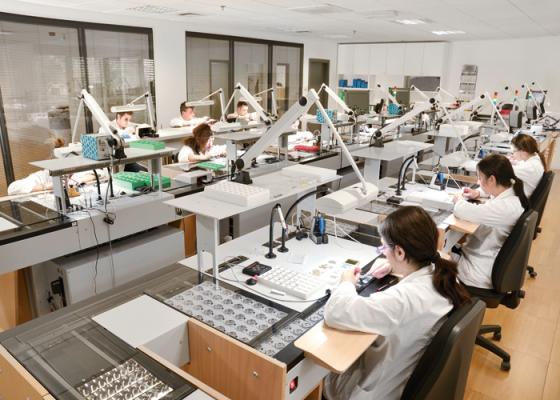 They work on a production line that consists of five fully-automated benches to assemble the STP1-11 calibre, which is a self-winding movement with hour, minute and seconds and calendar display and a 44-hour power reserve. Production targets are high and the factory’s output is already reserved until the end of 2015, but as Hans Ulrich Saurer is keen to point out, quality comes before quantity: all the movements have a decorative finish with Côtes de Genève and circular graining, they are tested in five positions and must meet tolerances of +/- 15 seconds per day. 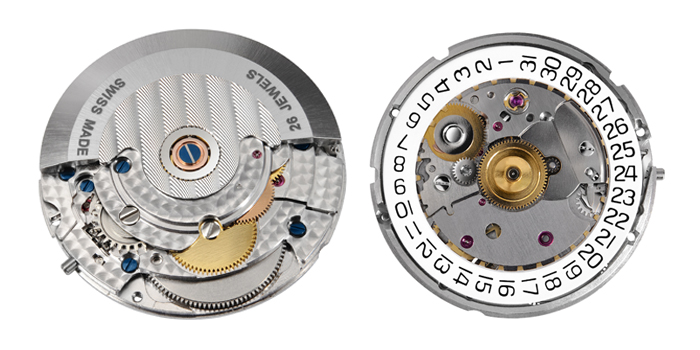 STP1-11 calibre by STP
This 11½ line self-winding movement with date offers a power reserve of 44 hours, uses over one hundred components and 26 jewels and has a circular graining finish on the plates and Côtes de Genève decoration on the oscillating mass.

“We anticipate changes in the Swissness legislation and we want to be ready,” says Fossil Europe’s Managing Director Martin Frey. So in parallel, the group has also invested several million Swiss francs to build a case and components manufacturing plant for its subsidiary Swiss Technology Components SA in Glovelier, in Switzerland’s Jura region. Production started here at the end of 2013 and is set to reach full capacity by 2015, when the factory will employ more than 100 people. “We are targeting over 60 per cent Swiss content by 2015,” explains Frey.

THE POTENTIAL OF SWISS MADE

This Swiss content is already being used in Fossil’s Swiss Made collection, which was launched in 2013, and the STP1-11 movement is also used in the Burberry City Line collection. The Burberry timepieces are part of what Fossil Group calls simply “The Portfolio” – a collection of 12 brands that are operated under licence, in addition to the Fossil, Michele, Relic, Skagen and Zodiac brands that the group owns outright. 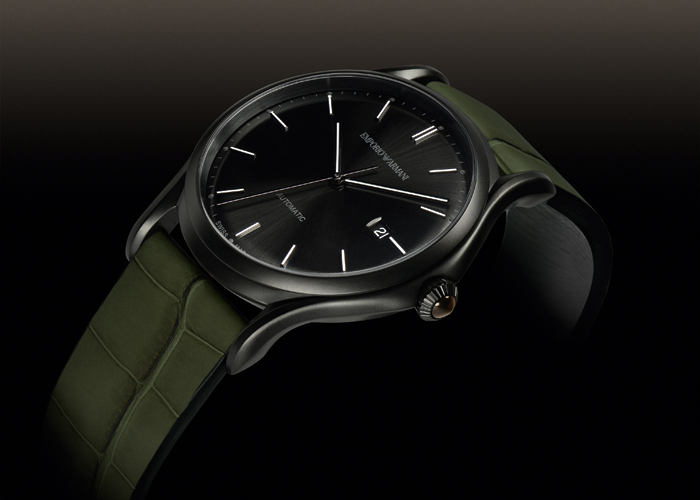 Aside from synergies from the acquisition of Skagen in 2012 (the Danish lifestyle brand is the perfect complement to Fossil) and the introduction of the STP1-11 calibre into the Zodiac collection in the Astrograph model, the huge potential for development at the group is best evidenced by the new Emporio Armani Swiss Made collection that will be presented at BaselWorld this year. A total of 52 references will be introduced in a mixture of gents’ and ladies’ models with a choice of Ronda quartz movements or the company’s in-house STP1-11 calibre. The group has even secured a prime spot opposite the Hermès stand in Hall 1.1 to show off this new collection. Diarmuid Bland, Senior Vice-President, Fossil Innovation Team, underscores the potential of this new collection: “Armani is the number one men’s brand and among the top five ladies’ brands in China. This is one of our fastest-growing regions for sales and the price point, which targets the country’s burgeoning middle class, is the key. It will also allow us to cover more bases for Chinese tourists visiting Europe who are looking to buy European brands.” 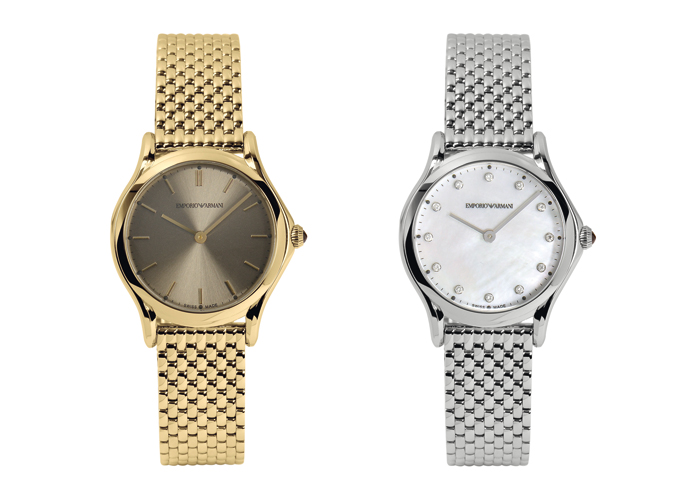 To put things into perspective, in terms of pure watch sales Fossil Group is among the world’s biggest watch groups, but it is difficult to pinpoint its exact position, given that the other big groups have watch and jewellery sales grouped together. But having quietly put into place its Swiss Made production capacity, the group is now an even stronger contender in the industry. “We wanted to stay under the radar, then let the industry know we are here,” concludes Bland. Mission accomplished!

The Fossil Group in figures