BASELWORLD: ICE, JUNGLE, SAVANNAH and a US General come to Switzerland


A BRIEF LOOK AT THREE BRANDS THAT DARE TO BE DIFFERENT

BASELWORLD: ICE, JUNGLE, SAVANNAH and a US General come to Switzerland

Written by Eugene O’Neill in 1939, the play The Iceman Cometh is the story of how Hickey, a blemished but successful salesman, tries in vain to change the lives of a handful of hopeless drunks. Jean-Pierre Lutgen, the amiable CEO of Ice-Watch, is also a very successful salesman, but unlike the fictional iceman Hickey, he has managed to change the sober world of watchmaking with his now vast and ever-increasing collections of the multi-coloured Ice-Watch. 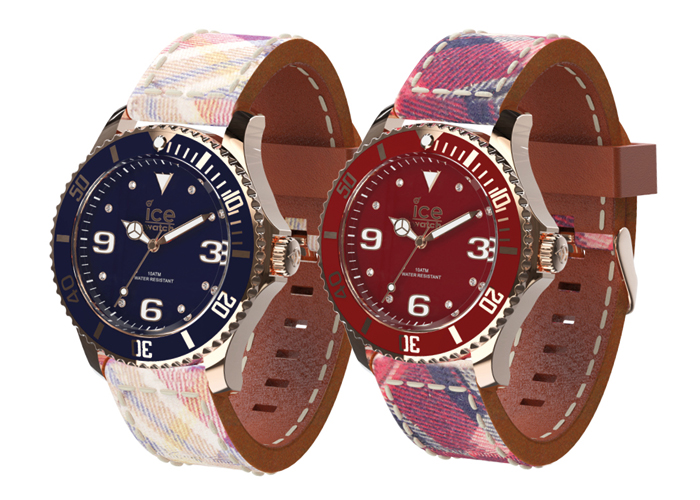 In seven short years, he has brought a breath of fresh air to business and a colourful revolution to the wrist of millions by offering truly inexpensive watches in a myriad of spectacular tones, various sizes and innovative and trendy styles. Last year sales reached the 3 million mark at prices ranging from 69 euros to 129 euros for a chronograph and 149 to 209 euros for the Limited Edition of BMW Motorsport watches.

This year, in addition to the ever-popular and vibrant silicone models there are new collections using materials, in addition to silicone, such as stainless steel and carbon for the cases, Swarovski crystals and leather, canvas and nylon for the straps: Ice-Canvas, Ice-Crystal, Ice-Checks, Ice-Electrik, Ice-Denim, Ice heritage, Ice-Polo, Ice-Sporty, Ice-Style and Ice-World to name just a few. 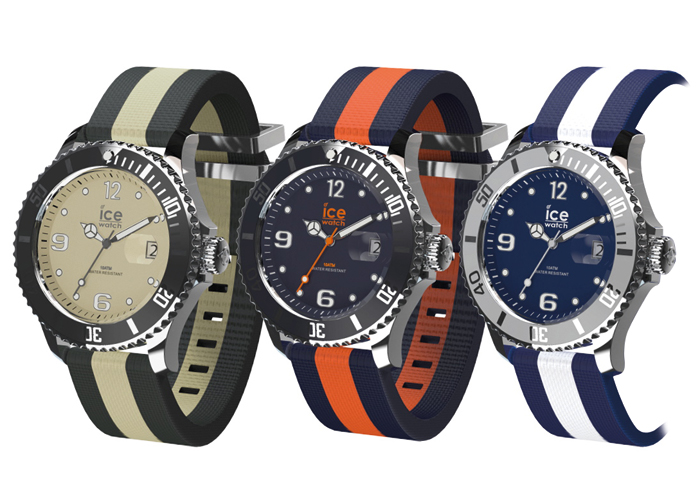 Maintaining the brand philosophy of focusing ‘on colour and explore new original materials’, the brand now has exclusive distribution contracts in more than 85 countries and 9,000 sales outlets with partners who have considerable freedom of action – within strict communication guidelines, and the watches can be found on 112 airlines.

In June, the brand is launching the Ice-Swiss Collection that will combine the creativity and purity of the Ice-Watch design with the renowned quality of ‘Swiss Made’ movements. The first collection will comprise 42 models for both men and women including chronographs, three-hand watches and various-sized models from 32 mm to 45 mm and to highlight the 100% authenticity of the watch, an intriguing Swiss Cross Cut of Swarovski Zirconia will be inlaid in the warranty card – of which Ice-Watch has the exclusive rights. The Iceman Cometh? He’s already here!

Just days prior to the opening of Baselworld 2014, Jean-Pierre Lutgen, Ice Group’s CEO, announced that his company had acquired Patton Watches. Founded in 2009 by Jean-Louis Le Bec, who spent his childhood on the Normandy beaches, he explains, “I called my brand Patton because I was born in Bayeux, the first town to be liberated following the D-Day landings on June 6 1944. [General George S. Patton, the commander of the US Third Army led the relief of beleaguered U.S. troops at Bastogne during the Battle of the Bulge.]

Patton watches are Swiss Made, robust and more than capable of withstanding the elements as the flagship model the P42 Hyperbare has proved – having been submerged in the depths of the Indian Ocean for more than five years, it continues to this day to give the correct time. The unique feature of this model is that the movement and all its parts are permanently immersed in a liquid using a special process.

Jean-Pierre Lutgen was drawn to the brand by both its name and history. As he explains “The acquisition means the beginning of a genuine partnership with Jean-Louis Le Bec, the founder and grandson of watchmakers, and the furthering of the group’s development into the Swiss Made category.” 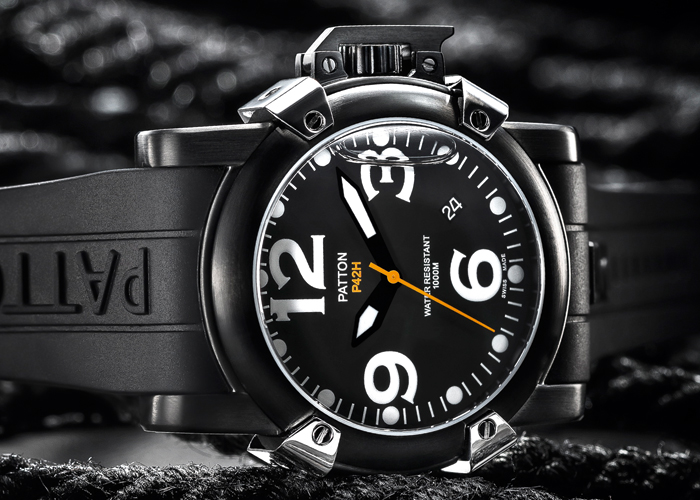 The Patton watches are bold, sturdy timepieces made to brave the severest extremes, yet they have an original styling that will appeal to the sporty or the modern man about town. Prices range from 750 to 2,000 euros with the unique, trail-blazing Hyperbare between the two prices at around 1,400. I have a feeling that we’ll be hearing much more about the Patton brand.

Now firmly established as a Swiss brand, the Gc label of ‘Smart Luxury’ clearly does not impede it from creating watches that are strikingly unconventional. This year, its upbeat approach brought two head-turning models, the Gc Rainbow Python and the Gc African Dream Collection. With a similar horological landscaping, the two collections also connected via wildlife: the Brazilian jungle and the African savannah – the python and the giraffe.

Aimed at the fashion conscious or sporty ladies, the colourful Rainbow Python is a stainless steel watch with rose gold PVD, a white mother-of-pearl dial with a date aperture at 4 o’clock, rose gold PVD hands with Super-Luminova. Equipped with a Ronda quartz movement, this model, with its screwed-down caseback and crown is water-resistant to 100 metres and is available in three different sizes: 38, 34 and 28 mm.

The African Dream Collection borrows its subtle colouring from the giraffe and the leopard to decorate the dials and bezels. The watch has a rose gold PVD stainless steel case and is equipped with a Ronda movement. There is a white mother-of-pearl dial with applied Roman numerals, rose gold PVD hands with Super-Luminova, screwed-down caseback and crown, a scratch resistant sapphire crystal and it is water-resistant to 100 metres. There are three models – 38, 34 and 28 mm and are available with either a calf leather strap, rose gold PVD stainless steel or black ceramic bracelet.

As a complete contrast to the ladies’ fauna-style watches, there is the more conventional and elegant Gc Femme Bijou. This stainless steel watch is equipped with a Ronda quartz movement and is enhanced by a tope-coloured mother-of-pearl dial that has a sunray guilloché pattern in the centre with rose gold PVD Roman numerals and pyramidal indices. There is a screw-down crown with a decorative protector and the watch is water-resistant to 50 metres. Other versions are available with a white dial, a rose gold PVD bezel or even a diamond set model. The men haven’t been forgotten as the 44 mm Gc TechnoSport model testifies. This handsome and very elegant chronograph has a flat gunmetal bezel with a tachymeter scale and comes in either a stainless steel version or, as seen here, in rose gold PVD. There is a taupe-coloured sunray dial with applied Arabic numerals and indices and rose gold PVD hands with Super-Luminova. The watch is equipped with a Ronda 5030D quartz chronograph movement and with its screw-down caseback and crown it is water-resistant to 100 metres. There is also a polished stainless steel model with dark grey or silver-coloured dial and a stainless steel bracelet.

Finally, for those who enjoy watching time tick, there is the Gc Bold Limited Edition (100 pieces) skeleton watch. This 42 mm stainless steel watch is equipped with an ETA 2801 mechanical manual-winding movement with a 42-hour power reserve. Sapphire crystals front and back offer every opportunity to enjoy the intricate workings of a mechanical timepiece and it is water-resistant to 100 metres.

CONCLUSION So there you have it, three creative brands with very strong Swiss links unafraid to make bold and colourful statements with their timepieces as well as offering true value for money. To use a light-hearted idiom, these brands dare to put their money where their mouth is. And the consumer … you pays your money and you takes your choice.

THE WATCH FILES We knew that watch fairs were in crisis, and would have to reinvent themselves. In fact, Europa Star devoted a special feature to the subject in its (...)