Whereas the 2014 edition of the Watch and Clock Fair in Shenzhen had pinned all its hopes on the free trade agreement between Switzerland and China, this year’s Fair has completely switched its attention to the smartwatch. Swiss watchmaking is no longer the model to follow.

Let us keep in mind that Shenzhen’s watch and clock fair is the third most important one of its kind, judging by the number of brands (600), of companies (400) and the size of the exhibition area (close to 50,000 sqft)! What is more, Shenzhen alone produces more than half of China’s total watchmaking production, estimated to be 669 million wristwatches in 2014. But despite this being equal to 23 times the production of Switzerland, the average export price of a ‘China made’ watch is two hundred times lower than that of a Swiss watch: USD 4 compared to USD 803 for a ‘Swiss made’.And therein lies the great problem of the Chinese industry in general and, watchmaking in particular: with such low profit margins – and possibly without direct, indirect and hidden subsidies from the central government* – how many truly cost-effective Chinese companies are there? Increasing added value is therefore a priority, possibly an urgent one if one considers the country’s worrying economic downturn (see “First crisis?” box). In Shenzhen, the leaders have at last understood that the unparalleled Swiss watchmaking industry is not what they should be striving to imitate. With its 315 million wristwatches selling at 23 dollars apiece, Hong Kong is showing the way forward. This goal is all the more realistic if you consider that their parts are mainly made in… Shenzhen. The Chinese watchmaking industry is clearly going down a new path, that of an increasingly ‘smart’ fashion watch.

*The undervaluation of the yuan is tantamount to a covert export subsidy on China made goods. 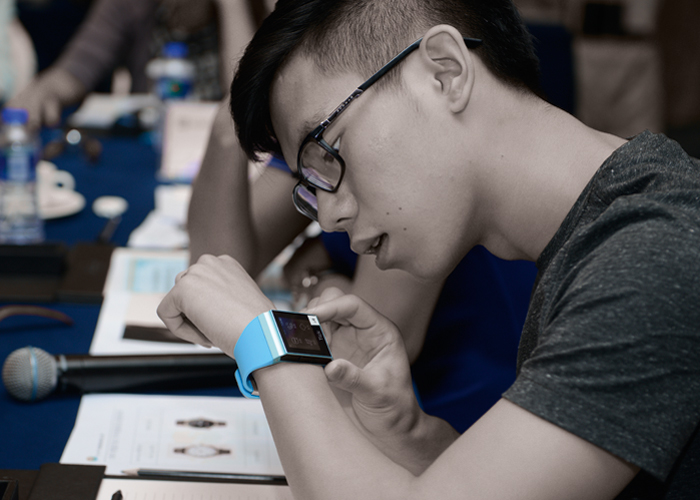 Shenzhen pre-Fair summit
During the pre-Fair summit, smartwatches were at the heart of the discussions between the main representatives of Chinese watchmaking.

During the traditional summit where all the main actors of China’s watchmaking industry convene before the opening of the Fair, most of the speakers identified different aspects of smartwatches, particularly their level of connectivity. The summit ended with an interesting debate between the representatives of the four sectors concerned by this revolution: traditional watchmaking (Mr Xi Du, CEO of Fiyta), electronic watchmaking (Mr Yijun Yang, CEO of the Tianhaiba group), IT (Mrs Ying Liang, R&D director for Lenovo) and telephony (Mr Hong Yinxin, products manager for Huawei).Despite the arguments put forward by all parties, everyone stuck to their previous positions. Fiyta, with its relatively conservative vision, is of the opinion that the product of watchmaking is a jewel or at least an object that can reflect the personality of its owner. Xi Du has analysed the Apple Watch and has come up with three of its weak points that are incompatible with the watchmaking profession: its ridiculously low battery life, its pairing with a smartphone, and the fact that it becomes obsolete as soon as the next generation comes out. Yijun Yang (electronic watchmaking) believes that, because of where it is worn, a wristwatch is unsuitable for use as a phone but ideal as a health or sports coach, or else as a wallet or an electronic key, always within hand’s reach. For Hong Yinxin, the smartwatch is feasible because of the Huawei Watch that was launched on the export markets this summer. As for Lenovo, number 1 in PCs worldwide after having acquired IBM’s PC business in 2005, German company Medion AG in 2011 and US company Motorola Mobility on January 29, 2014, the company is now playing third fiddle, behind Samsung and Apple, with its second generation Moto 360 X. But do these smartwatches really sell? It seems that the market is waiting for more mature products...

Founded in 1994, the Time2U brand is emerging as China’s leader in low-priced fashion watches. First of all, their products are made with care, packaged in original boxes. Second, , the nearly endless colour combinations, sizes and styles mean that there is a model that matches every taste. And, as an added bonus, some of their collections feature automatic movements! 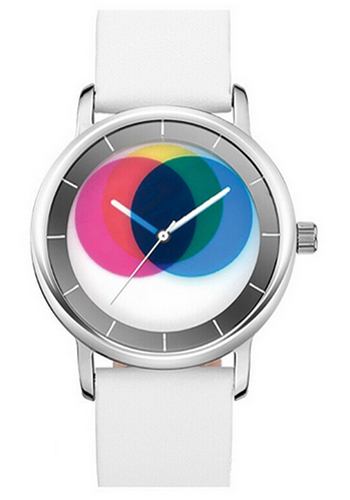 In March 2015, Time2U gained international exposure by becoming the first Chinese fashion watch brand to be exhibited in Hall 1 of Baselworld! That would be enough to somewhat dampen the ambition of Ice-Watch, which is just arriving on the Chinese market… 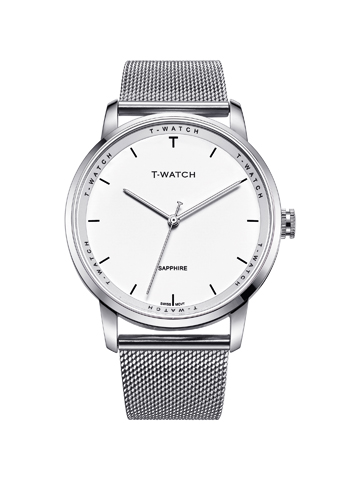 And what about smartwatches? Watch brands are very much aware that in China, IT giants (Lenovo, TCL, Haier, Baidu, etc.) and telecommunications giants (Huawei, Xiaomi, etc.) do not need their help to market a smartwatch.Tianba understands this very well and has launched a part-smart watch, a hybrid of a classic watch (Ronda 763 quartz movement, 316L steel case, sapphire crystal, water resistant to 50 m) and a ‘smart’ module (which includes an accelerometer, Bluetooth v4.0, iOS 7 or higher and Android 4.3 or higher, NFC) with an autonomy of 8 months. You can pair your smartwatch with your smartphone using an app and your watch will automatically remind you of the appointments in your diary, incoming and missed calls, messages you have received and your sporting activities, by turning on the relevant icon with its corresponding alarm. You can also find a misplaced phone thanks to its sound sensor function, similar to the parking aide of a car. This concept, christened the T-Watch 2.0, might well be a harbinger of tomorrow’s Chinese watches. Yang Yijun, CEO of the Shenzhen brand, is of the opinion that “the smartwatch war will happen in three year’s time”.

At the big Tianjin factory booth, they have chosen to look to the past as it is their 60th anniversary – which is practically forever for a Chinese brand! The event is celebrated with the launch of a ‘60th anniversary’ timekeeper with an ultra-flat tourbillon (9.1 mm) and a 60,000 yuan price tag. So why does this mechanism, quivering with life, elicit so much emotion, infinitely more so than the smartest of smartwatches? 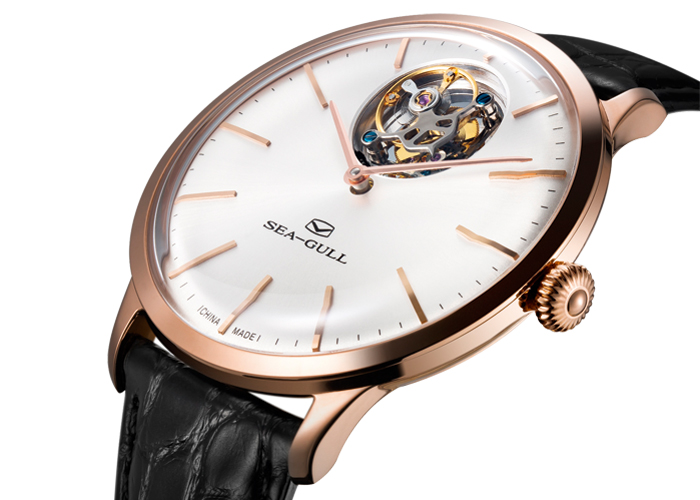 The reason may well have been explained by French philosopher Henri Bergson in 1900, in an essay that is still a reference today. He unravelled the mechanisms of a uniquely human emotion: laughter. From that he notes that “the comic does not exist beyond the pale of what is strictly human”, which is to say that we will only find an animal comical if we recognise in it a human attitude or expression. And it may be the life that animates an inert mechanical heart that makes the mechanical watch so fascinating, one might even say more… human.

The summer of 2015 has made us sweat, and that is especially true of Chinese shareholders since the stock index has fallen by 30% in one month, after a 150% rise over a year. Why are people panicking more in China than everywhere else? That would be because 80% of the share ownership of companies listed on the stock exchange is in the hands of private individuals, a situation unique on Earth and one that the government itself has encouraged. In reality, the world’s second largest economic power is ailing, its growth dynamic is slowing down steadily and will most likely fall under 7% in 2015, its lowest rate in 25 years. And for an economic giant on the take-off, this indication is already a sign of recession. And yet, the economy slowing down is almost trifling when compared to the bubbles that have been growing for years in every sector (banking, industry, infrastructure, etc.) among which the most colossal is that of real estate (20% of GDP). Because of speculation, costs are skyrocketing, the price per square metre is grossly overvalued for substandard buildings that are popping up like mushrooms. Did you know that in China there are dozens of ghost towns and enough empty apartments to house 70 million people? In losing its proverbial wisdom, China risks finding itself in a serious systemic crisis.