This most British of Swiss watchmakers – along with fellow classmate Stephen Forsey – has succeeded in creating a kind of timelessness, above and beyond the advertising hype, with his models inspired by the creativity and craftsmanship of the watchmakers of the last century. 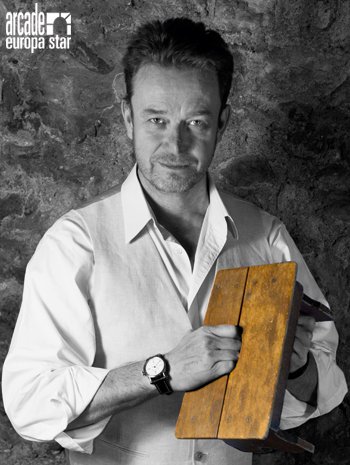 Peter Speake-Marin
Object: STEP STOOL“I come from Wales, and I decided to move to Switzerland in 1995. The following year I married Daniella, who is from Chile, and a bit shorter than me. Before our wedding I went into an antique shop in Le Locle, and I bought this step stool. After I took it home my fiancée stepped onto it and kissed me. The stool cost me five francs, but it’s moments like these that turn into memories that last forever. And this object is an apt symbol for the joining of our two names, which is where Speake-Marin comes from.”

What is your watchmaking approach?

I am fascinated by the spirit of watchmakers from the turn of the 20th century, up to the 1940s. At that time they only produced original pieces. Every watch was designed by human beings. It was also a great era for movement development. Brands were in a state of continual research. In those days, it was essential to have the time on your wrist. Today no one needs to tell the time any more, and we are moving into the domain of luxury. Nevertheless, I continue to draw my inspiration from the past, in order to reinvent the watch. The wheel is the symbol of my brand, because it is what the watch is built on. It’s also the symbol for the soul. The wheel inspires my design philosophy; I’m very much about ‘form follows function’.

What do you hope to bring to what is already a rather saturated marketplace?

I believe that I belong to a generation of watchmakers – which includes Max Büsser, Stephen Forsey and Kari Voutilainen – who are trying to reinvent the watch according to this principle. I studied with Stephen Forsey at Hackney Technical College in London, and we worked together at an antique restorer’s in Piccadilly. That’s where I fell in love with watchmaking, and it’s also where my classical style comes from. I found my vocation at the age of 17. Before that I didn’t do very well at school. What’s interesting is that we have inherited both the rich creativity of the early 20th century, independent watchmakers like Daniel Roth, Franck Muller, Roger Dubuis and Richard Mille, and also the internet. We wouldn’t be here without the web. Clients have access to an increasing amount of information about watches, which is vital for us in a market that, as you say, is very saturated.

You started Speake-Marin 15 years ago. How has the watchmaking environment changed for you over this period?

Leading up to 2007 the market was exploding. Back then, the first question people would ask us was, what makes you different? Today the main factor is price. There has been a psychological shift: clients are far more sensitive to cost, and more critical of it. We certainly offer a vast range, going from CHF 8,000 to 300,000, given that our production is just 800 watches per year. We also receive an increasing number of commissions for one-off pieces, such as the Kennin-Ji Temple Masters, which we have just completed. When I started out, I brought to market all the models I had in my head. I had no business plan. As they say, an expert is someone who has made all the mistakes in the field! These days I surround myself with a highly competent team, who help me keep my feet on the ground. Our business is currently in the midst of a major restructuring. Sometimes, in order to move forward, you have to take a step back. We will be revising the way we conduct our 0sales. All will be revealed very soon! 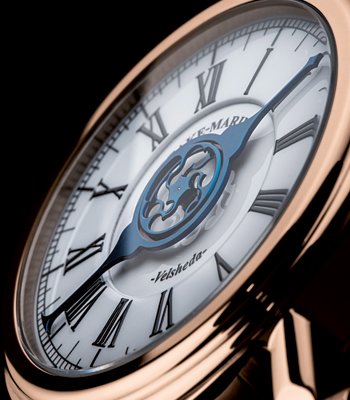 How are your collections structured? And what are your primary markets now?

Our Spirit collection is sporty and military; the J-Class is classical; the Mystères are esoteric. We’ve also had a go at jewellery, but we can’t afford too much dilution. Nevertheless, our women’s model, the Shenandoah, came from our jewellery range. The Velsheda and Resilience are some of our best-selling models. The latter is one of my favourites; it’s a signature. My clients often say it feels like they’re wearing ‘my’ watch. We have two primary markets: Asia and the United States. Originally we only worked with collectors, but it’s no longer possible to limit yourself to a small group. With the support of our new ambassador, Pierce Brosnan, we are hoping to connect with all watch lovers. Asia is particularly important in this respect. When I spend a week in Singapore I do a lot more business than I would in London.