VOICES FROM CHINA - 34th Hong Kong Watch & Clock Fair: not too bad, or not too good?


VOICES FROM CHINA - 34th Hong Kong Watch & Clock Fair: not too bad, or not too good?

Murky black clouds are looming over the skyscrapers of Hong Kong, and the outlook for watch sales throughout Asia remains gloomy. At least, that’s what we’re given to believe. It’s not entirely false, but it’s not entirely true either... Reading the tea leaves at the 34th Hong Kong Watch & Clock Fair.

Landing at Hong Kong airport is always an experience, particularly as the plane banks over the 1268 skyscrapers of ‘Fragrant Harbour’ to plunge into the bay, whereupon the passengers are saved from the near certainty of a watery grave by the sudden appearance of the runway. Hong Kong airport, built out into the sea, is consistently rated among the best in the world for its outstanding facilities. And in fact, the airport neatly embodies all the paradoxes of Hong Kong itself: it’s a hub of frenetic busy-ness set in a mountainous landscape surrounded by the sea, where unfettered ambition is a lifestyle choice. The archipelago never stops to catch its breath, not even when Swiss watch imports fall by more than 20%, as they reportedly have in 2015. Yes, the luxury watch market is in freefall, for a number of reasons (see interview with Enders Lam), and Hong Kong has been severely affected; its market for Swiss made watches is three times greater than that of its former colonial overseer, the United Kingdom! Nevertheless, it would be a mistake to equate the watch business of Hong Kong with the fortunes of a cluster of boutiques in Kowloon or Causeway Bay; in fact it has the second-largest watch industry in the world in terms of value (USD 10.4 billion in exports in 2014), as well as the second-highest volume (315 million units), and a history that goes back to 1930. Today, many of its factories are located in the high-tech business parks of Shenzhen, its Chinese mainland neighbour.

Switzerland receives the bulk of its watch exports (mainly in the form of components), which grew 3.2% between January and July 2015 compared with the same period in 2014. For Japan, Hong Kong’s 4th biggest export country, the increase was 13%. Hopes rest on the new emerging powers that are increasingly tempted by Hong Kong’s watch output, such as Mexico (+11.9%), India (+15.8%), Vietnam (+27.5%) and Indonesia (+34.9%). And finally, the sector is undergoing a radical upheaval, and the prospects are actually not too bad.

In terms of skills, image and manufacturing costs, Hong Kong is probably in a better position than any other country to corner the market in a segment that is set to take off in a big way: the semi-smart fashion watch. What’s that? Unlike a smartwatch, which requires frequent recharging and whose form is dictated by its function (i.e. a screen), the semi-smart watch is a more traditional watch with a permanent time display, no restrictions in terms of shape, colour or materials, equipped with a few highly practical smart features. What’s the advantage? The semi-smart watch is cheap, needs recharging only every 6–12 months (or never, if it’s solar powered), and won’t be immediately obsolete when the next generation comes out. The 34th Hong Kong Fair left us convinced that the semi-smart watch is the future of the entry-level segment, with brands such as Cogito, Bolda, Ezio and many more in the mix.

The watchmaking world apparently agrees, with an increased number of exhibitors (780 this year compared with 765 in 2014) from 23 countries (compared with 19), some of which – India, Vietnam and Iran – are newcomers to the field. The number of buyers also easily topped 19,000, a 2% rise over last year. 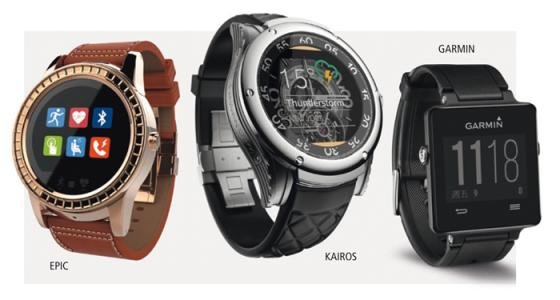 Our favourite, out of the many semismart watches we saw, is called Kairos. This Hong Kong brand has been exhibiting prototypes since 2013, and its first very promising collection is now going to market. The time display is entrusted to a Swiss or Japanese mechanical movement (no battery) and its special window displays simple but useful functions (weather, heart rate, messaging, etc.). The watch can be customised with a range of different optional straps that may feature a curved colour screen for videos, LEDs for sports activities and even a strap that can perform electronic payments. In terms of this latter function Hong Kong has been at the forefront of developments for a long time, pioneering the Octopus card for contactless payment for a host of incidental expenses, accepted everywhere from the underground to vending machines. Another local brand, Epic, exhibited a watch that resembles a smartwatch in everything but its price (low) and water-resistance (guaranteed). Hong Kong also witnessed the arrival of a brand globally recognised for its navigation technology, US company Garmin, which chose the fair to introduce its new Vivoactive, an ultra-lightweight GPS watch with specialised applications for a number of different sports. It can also be paired with a smartphone to receive messages and calls. 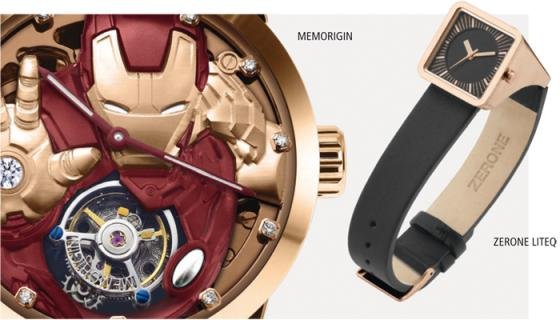 In the mechanical watch sector, the dynamism and originality of Memorigin, a brand founded in 2010 by young Hong Kong entrepreneur William Chum, deserves a mention. We love it because it rewrites the rules of the luxury sector, presenting collections of highly original tourbillon watches dedicated to local heroes such as Bruce Lee, or superheroes like Iron Man. Especially for Europa Star, Chum unveiled a breathtaking new GMT tourbillon (with glass-caged tourbillon, two hemispheres, multiple bezels and as many crystals). Another Hong Kong brand we’ll be watching very closely is Anpassa, created last year by two men (Frankie Lam and Gary Ching) and one woman (Vivien Au). Here too, the watches are driven by tourbillons assembled in Hong Kong, but the style is created by the buyers themselves, like the amazing ‘Marathon des Sables’ watch.

In the more down-to-earth ranges, our preference is for the Zerone LiteQ, a pretty ladies’ watch designed by Italian stylist Chiara Moreschi, and the Compass Wristwatch by CIGA Design of Shenzhen, which won the famous Red Dot Design Award. 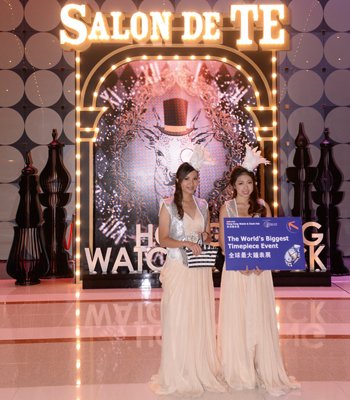 The showcase for the higher-end brands is called the Salon de TE. Eighteen Swiss brands were present, in two groups. The Swiss Eminence Pavilion brought together brands that are well-established in Asia, such as Buler, Coinwatch, Cyma, Doxa, Enicar, Rodania and Sultana. The SIWP (Swiss Independent Watchmaking Pavilion) represents smaller independent brands looking for outlets in Asia, who until recently exhibited at Shenzhen but have now switched to Hong Kong. The reason, according to their dynamic spokesman Amarildo Pilo (Pilo & Co.), is that “Hong Kong is growing in importance for the Swiss watch business in terms of supply and marketing.” The SIWP is also a showcase for small Swiss watch brands with big ideas: Rebellion watches (whose chain-driven T1000 continues to stop people in their tracks), WatchE (mechanical watches that look like electronic circuit boards), Pierre Thomas (reconditioned historical movements placed in magnificent watches with double-curved crystals!), David Van Heim (XXL tourbillons at an affordable price), Traser (with its photoluminescent trigalight indices in several colours), Etoile (with new men’s and ladies’ collections in ceramic), Philippe Charriol (and his trademark cable straps) and, of course, Pilo & Co., who is reviving the spirit of the ‘Cabinotiers’ of St Gervais in Geneva.

AND THE WINNER IS...

For the 32nd time the Hong Kong Watch & Clock Fair and its expert jury presented awards in two categories: independents (Open Group), which were generally sponsored by companies, and students (Student Group) representing universities and colleges. The criteria were originality, creativity, aesthetics and commercial potential. Here are the results. 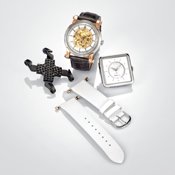 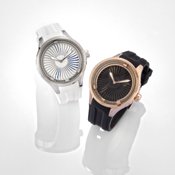 2nd: Tang Kit Law, ‘The Messenger’, sponsored by Heromex Watch Company Ltd. This concept grew out of a dispute with another designer. Tang Kit Law exploited the incident to reflect upon the importance of mutual respect and understanding in fostering communication with others. The Messenger uses an optical illusion on the dial to create the image of a flying dove. This message of peace goes with the wearer of the watch. 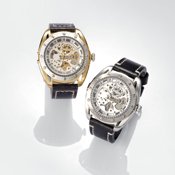 3rd: Ting Bong Wong, ‘Flying Prince’, sponsored by Youngs Watch Company Ltd., Po Fai Precision Ltd. In third place is the Flying Prince, designed on the basis of a single idea: love. Although we felt the theme to be somewhat tangential to the chosen name and its design, the watch is interestingly executed with a number of unusual details, such as openwork lugs, a skeletonised dial with curved cutouts, and indices that bridge over to the case. 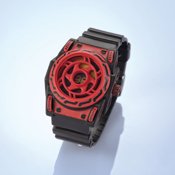 1st: Cheuk Yan Chan, MIS, Hong Kong Design Institute This unusual-looking watch has a special function designed to appeal to inline skaters. When the wearer beats their own record over a particular circuit, a message is automatically transmitted to other skaters wearing the same watch. Better get your skates on... 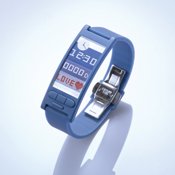 2nd: Tung Yip Pui, ‘Lovers’, Hong Kong Institute of Vocational Education This is a watch for lovers. While the first section shows the time, the second counts the time spent with your significant other, who obviously also wears a Lovers watch. The third screen is reserved for displaying special love notes. How lovely! 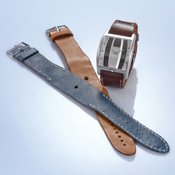 3rd: Po Yi Kwok, ‘Epoch’, Hong Kong Design Institute It is not always easy to match a watch with the colour of one’s outfit. This problem is immediately resolved by a selection of interchangeable one-piece straps, which can quickly be attached to the case without the need for special tools.