We thought the Swiss had abandoned that avenue forever. But no, the mechanical-quartz hybrid is back, right where you’d least expect it. And its performance is exceptional. 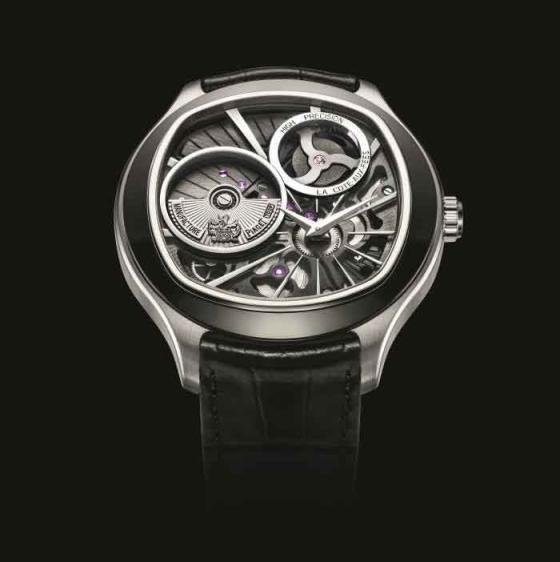 In 1978 Jean-Claude Berney registered Swiss patent 595 636, described as “a watch movement driven by a spring and regulated by an electronic circuit” on behalf of Ebauches SA. In essence, the idea was to use the mechanical energy supplied by the barrel to drive a quartz resonator, which would act as regulator. In the thick of the quartz crisis the avenue was being actively explored, but it was never commercially developed and was destined to end up in the back of a drawer. Perfecting the system posed some significant challenges, it has to be said. The Japanese over at Seiko came to the same conclusion, almost at the same moment, as they prepared to launch a similar project. One of Suwa’s young engineers, looking for a way to improve the precision of a mechanical watch by a factor of ten, proposed a ‘hybrid’ solution that was similar in many respects to the Swiss idea. But unlike the Swiss, the Japanese never gave up. This obstinacy carried them through 28 years of trial and error before the release, in 2005, of “the pinnacle of watchmaking mechatronics”, the Seiko Spring Drive.

MEANWHILE, BACK AT THE RANCH…

Many people forget that Piaget, widely recognised for its jewellery and mechanical watchmaking, has a long history of quartz innovation. Back in 1969 it was involved in the famous Beta 21 project, the first quartz wristwatch prototype. In 1976 it used its expertise in mechanical miniaturisation to develop its first in-house quartz movement, the flattest in the world at the time. Over the intervening forty years Piaget has continued to bring out quartz designs, albeit with far less hype than its mechanical creations. This dual expertise, in both mechanical and quartz ultra-thin technology, has now found its perfect expression in the Emperador Coussin XL 700P. It has all the imperious aplomb of a high-end mechanical timepiece – which it absolutely is – but in place of the tourbillon we might expect is a generator, the source of its remarkable precision of +/- 1 second per day. The principle behind this concept watch is straightforward enough. The energy source is a self-winding system in the form of a micro-rotor, which arms the barrel spring in the time-honoured fashion, driving the gear train. So far, so ordinary. But rather than supplying energy to a traditional lever escapement or some other kind of regulating organ, the gear train powers an alternator. This generates an electrical current that is stored in a generator, which powers a quartz oscillator. The quartz oscillates at 32,786 Hz, controlling the speed of the alternator, which makes 5.33 rotations per second. The secret lies in the braking system, which ‘splits’ the quartz oscillations down to a frequency of 32Hz. This process is controlled by a sensor and comparator, which continuously correct the system (numerous patents for this new technique have been registered). The 700P, Piaget’s first hybrid movement – mechanical energy and transmission, quartz regulation – offers exceptional performance of plus or minus one second per day, which is beyond the reach of any exclusively mechanical watch, as well as enhanced reliability in the form of guaranteed resistance to magnetic fields and gravity. 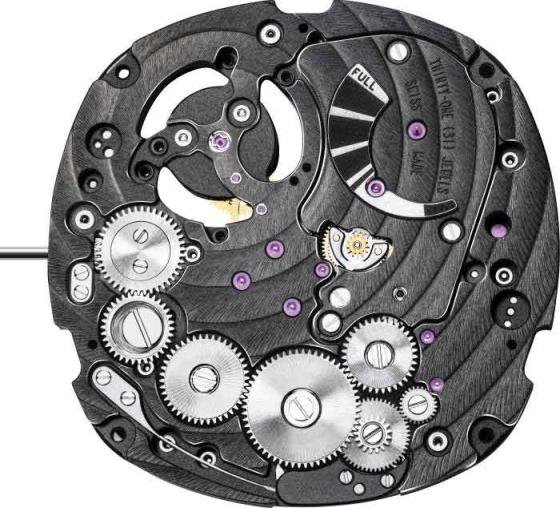 Its hybrid nature is perfectly reflected in the construction of the ultra-thin movement (5.5mm, 42 hour power reserve), whose main elements are visible through the cutout dial. The oscillating weight of the micro-rotor and the generator can be seen side by side at the front of the watch, forming an offset figure of 8. The absence of a dial means the meticulous traditional finishes of the movement’s principal elements are given pride of place: the guilloché micro-rotor decorated with the Piaget coat of arms; sunburst and chamfered bridges; circular satin-brushed gears; silvered screws; and a white gold fillet to define the generator. Above the deep black movement, two off-centre hands sweep over finely tapered hour markers. The 46.5mm black ADLC-coated rounded gold bezel contrasts with the cushion-shaped detailing in white gold, clearly proclaiming its membership of the Black Tie collection. The exceptional Emperador Coussin XL 700P is available in a limited series of 118, fitted with a black alligator strap, at the price of CHF 70,000. But this is just the beginning.