Interview with Shinji Hattori, President and CEO of SEIKO


“ONE SECOND EVERY HUNDRED THOUSAND YEARS”

Interview with Shinji Hattori, President and CEO of SEIKO

“ONE SECOND EVERY HUNDRED THOUSAND YEARS”

Japanese watchmakers, and a fortiori Seiko, are obsessed with absolute precision, whether in digital, quartz or mechanical watches. Swiss brands, however prestigious, often content themselves with precision standards or certification labels. Why is the question of precision so specifically Japanese? 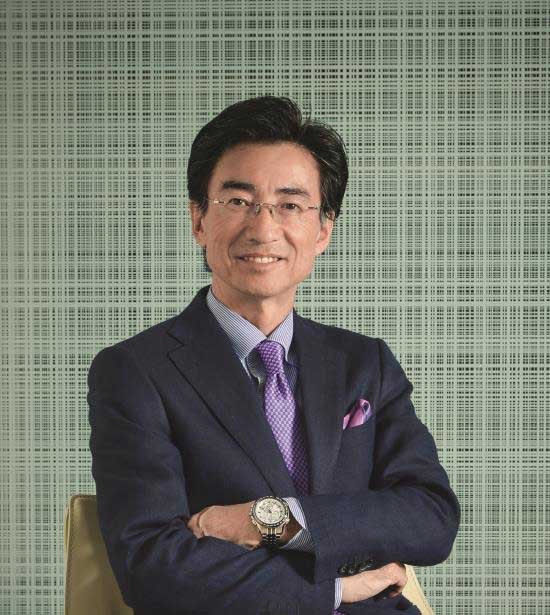 That’s an interesting question, but I can’t answer for the entire Japanese watchmaking industry. Where Seiko is concerned, the answer is very clear. My greatgrandfather founded the brand with one idea in mind: to be one step ahead of the others. Inspiration has always been with Seiko and I hope it always will be. This idea prompted us to make watches that were more and more precise. In that respect Seiko has been the leader since the mechanical watches of the 1960s right up to the present with the Astron GPS Solar, which is precise to one second every hundred thousand years. And this inspiration doesn’t stop at precision; it concerns every aspect, especially innovation, as represented today by the Spring Drive and Astron technologies.

Horology experts all acknowledge that Grand Seiko produces the most precise mechanical movements. In its segment, the brand could be regarded as a “Japanese Rolex”. But while today  Rolex is daring to liberate itself from its aesthetic canons, why has Grand  Seiko remained so conservative, so restrained, so classical?

Grand Seiko was created in 1960 with the ideal of taking four aspects to the heights of excellence: precision, durability, practicality and beauty. Take any Grand Seiko model and you’ll be struck by those four characteristics. And that’s how it has been for the past 55 years. Consequently, classicism and restraint are ingrained in its stylistic DNA. It’s also the reason behind its recent success. As you know, Grand  Seiko sales are posting two-digit annual growth! That is why the conservative style is the key to its success.

In Europe, people think that Grand Seiko is the group’s high-end brand. In actual fact, Credor exceeds it in the de luxe watchmaking sector, with truly exceptional complications. Why doesn’t the Seiko group promote it outside Japan as a showcase for its know-how?

I intend to promote Credor internationally, but all in good time. It is true that the chimes, minute repeaters and enamelled dials are outstanding and met with keen interest when we showcased them at Baselworld and in our boutiques. But careful management of a brand abroad takes a huge effort, and we’re currently making that effort with Grand Seiko. So for the moment, we’re not going to be giving Credor a worldwide launch on the grand scale; we’re going to continue showing it at Basel, and in our stores in increasing numbers.

If you’re focusing on Grand Seiko for export, why keep the “Seiko” brand at 12 o’ clock on the dial, relegating “Grand Seiko” to 6 o’ clock? Don’t you think that downgrades such a high-end brand or is at least confusing for the customer? The Credor brand doesn’t bother with it...

Branding is very important, you’re right, but changing it isn’t as simple as that. And then that’s the European point of view. We may consider changing it, but not in the immediate future.