The Belgian brand, which has just introduced its third model, is quite unlike anything else you might have seen. Its biomimetic hands-free design deconstructs the time in the most fluid manner possible on its bubble dials. Industrial designer Benoît Mintiens, the company’s heart and soul, explains his horological and ecological philosophy. 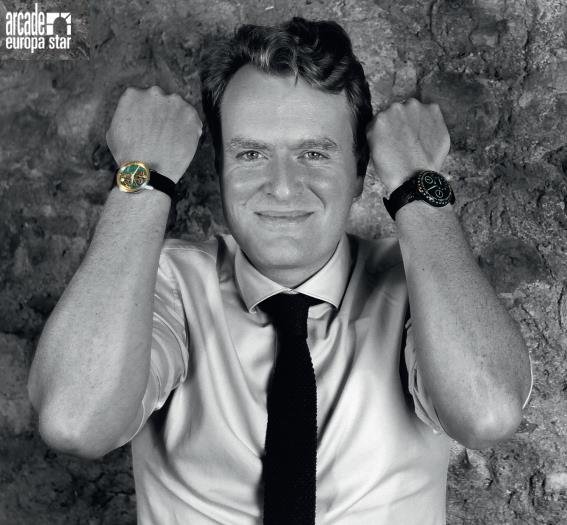 Benoît Mintiens
Object: BULOVA ACCUTRON SPACEVIEW (AND RESSENCE TYPE 3)
“This Bulova watch is a little older than I am: it dates from 1967, and I was born in 1972. I find this watch very amusing, even poetic, if you think that it tells the time using a wavelength. It’s the first ‘anadigital’ watch, and it laid the foundations for electronic watchmaking. It was this watch, which I bought from an old watchmaker in 2000, that opened my eyes to the immense creative potential of the watchmaking industry, and led to my founding of Ressence. Also, despite the fact that this watch is highly technical, beating at 360 Hz, the seconds hand moves very smoothly and naturally. I find this paradox fascinating.”

You are an industrial designer, and you previously worked on Thalys high-speed trains, among other things. How did you end up in watchmaking?

I think that watchmaking is one of the few fields open to designers today that offers the possibility for radical rootand- branch innovation. Perhaps also the car industry, but then all cars seem to be very alike. I came to this conclusion while studying my 1967 Bulova Accutron Spaceview watch, which was genuinely revolutionary in its day (see sidebar). My industrial design experience gave me a particular vision of how to go about developing a product, and I wanted to apply this to watchmaking.

And what is this vision?

Look at the Ressence logo: it takes the symbol of my home town of Antwerp, a hand, but instead of being vertical, which seems to say “stop”, mine is horizontal. I want to “hold out my hand” to users. That’s my vision of watchmaking: a watch should be close and personal. Although they may be highly complex from a technical point of view, my watches look very simple. A watch is an expression of time, it should be as pure as reading an emotion on someone’s face!

How did you go about designing your first iconic model, the Type 1?

More often than not, watchmaking begins with the mechanics, and the watch is built around the movement. From an industrial design point of view you should begin at the other end, in the head of the user. So, how can we show the time in a different, more fluid manner? I decided to ‘deconstruct’ the information while retaining the hierarchy of the hands. The largest is the minute hand, because in theory you know what the hour is. My idea is to be able to ‘flash’ an image, which the brain will then translate into the time. The big problem with traditional watches is that the hands overlap. I take the opposite position, dematerialising time, taking away the hands and the crown.

How do you create the bubble effect on your watches?

It’s a combination of having a bezel-less dial and immersing the elements in oil. The dial is also domed, with a 125mm radius and no perpendicular planes. I was inspired by the end of a volleyball. Flat objects, which is what most traditional watches are, just don’t exist in nature. To bring the product genuinely close to us, we need to avoid overly mechanical codes. A watch should be more like the shape of an animal or a drop of water! Glasses, for example, always have a very organic design, simply because the human body is not geometrically shaped. It’s all about affect: it’s a very important consideration.

If that is so, why a mechanical watch?

Precisely because it creates empathy. We feel sympathy for the gears! Imagine a mechanical watch and a digital watch that have stopped working: which would seem more alive? Where would our sympathy lie? You wouldn’t throw away a mechanical watch, because it embodies durability, and produces affect. Our brand name Ressence comes from a contraction of the phrase “renaissance of the essential”. I want to go back to nature, and I also want to provoke a discussion about the essence of the watch itself, which is to tell the time. 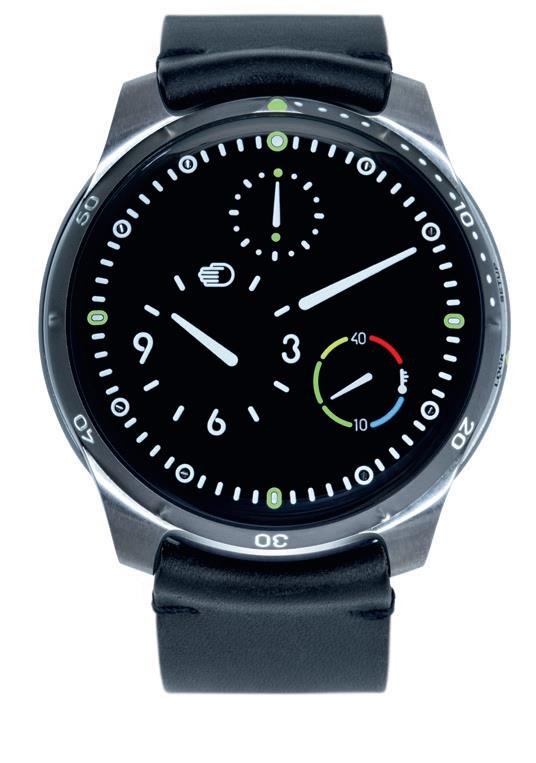 The Type 5 has just come out. Can you tell us any more about it?

Its design was inspired by sea turtles! It continues our exploration in terms of readability, and it is also a diving watch. I have the feeling with this watch that I’ve completed a virtuous circle. Up till now I haven’t managed to produce a more affordable variant of the Type 3. With the Type 5, which costs CHF 31,000, I am able to offer the best of its two predecessors. It is not my aim to make expensive watches. But with 200 non-standard components that’s not easy. It’s only by standardising production that you can bring prices down.

Today, Europe accounts for 45% of our sales, ahead of the United States with 35%. I don’t know all my clients, but those I have met share one characteristic: in general they are people who have innovated throughout their lives.