EUROPA STAR ARCADE / Laurent Katz - Pequignet: The last bastion of made in France-


EUROPA STAR ARCADE / Laurent Katz - Pequignet: The last bastion of made in France-

A manufacture of indomitable Gauls is still holding back the invading hordes. While all the major Parisian fashion houses have opted for Swiss made, Pequignet remains the standard-bearer of indigenous French watchmaking. With in-house calibres and affordable ladies’ models, the company’s history is punctuated with creative successes as well as a few wrong turns. We met one of its saviours, current managing director Laurent Katz. 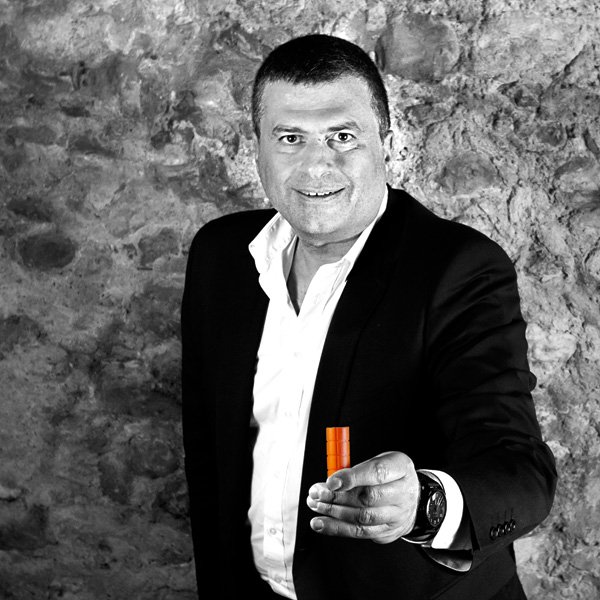 Laurent Katz
Object: USB STICK
“My associate and I came to watchmaking from the high-tech industry. I worked for Microsoft, for example. He launched LaCie, where I also worked for 10 years, and one of the things he did was to design USB sticks in collaboration with great designers such as Philippe Starck. Today, all our lives are recorded on these portable hard discs. They also reflect the nomadic side of our civilisation. Speaking for myself, I’m always on the road, travelling between Morteau and Paris, and all over the world. That’s what it means to be a watchmaker these days!” (Laurent Katz)

In the summer of 2012 you and your associate invested a considerable sum to save Pequignet from bankruptcy, despite having no background in watchmaking. Almost four years down the line, how have things turned out?

We’ve come back from the brink! I must say, however, that when I took over the company I never dreamed how much personal investment I would put into running it. I never thought I would end up spending every week in Morteau. We had to learn about the watchmaking business very quickly. In 2012 Pequignet had launched its in-house movement, the Calibre Royal, which was a considerable achievement. But the brand had cut itself off from its main source of revenue – midrange ladies’ watches. That’s what led to bankruptcy. We read in the press that Pequignet was going into receivership. Things were in pretty bad shape, and it was by no means a foregone conclusion that we would be able to turn it around.

What steps did you take at that point?

The first step was to resolve the technical problems and payment deadlines that were destroying the brand’s reputation, and restore the confidence of suppliers, retailers and clients. We rolled up our sleeves, established some ground rules, and began to learn on the job, with the invaluable support of our technical director. We were able to keep the workforce in place. It was tough going, but exhilarating at the same time. The element that wasn’t really working was the non-manufacture range. It was difficult to establish a brand identity when we were swinging from entry-level to highend. The original idea was to produce a complication watch for CHF 5,000. It was ambitious but ultimately unfeasible. Only a high-volume brand could have made it work. We could certainly have chosen to go further upmarket, and raise prices accordingly, but we decided to keep things more down-to-earth.

What did that mean, exactly?

For six months we stopped all sales of models equipped with the Calibre Royal, and concentrated on removing the bottlenecks in our after-sales service. At the same time we also breathed new life into our women’s collections. But timescales in watchmaking tend to be very long, and between 12 and 18 months can elapse between a decision being taken and it being implemented. Coming from the high- tech industry, that took some getting used to. The measures began to take effect after Baselworld 2014, when things began to start moving again, particularly the new Moorea collection. That year we were able to celebrate Pequignet’s 40th anniversary in the presence of its founder, the self-taught watchmaker Emile Pequignet. It was a wonderful symbol.

You are the standard-bearer of the Made in France label, at a time when the vast majority of French watchmakers have crossed to the other side of the Jura. What impact has this had?

We never really wanted to be in this position. I would have preferred the Parisian fashion houses to have been fighting alongside us to gain greater recognition for the Made in France label. As a French manufacturer, I must say we are rather disappointed that the perception of French consumers hasn’t changed in this regard. I nevertheless remain hopeful that we will earn greater recognition, at least within our borders, because France still represents 50% of our sales. We would like to see the same rate of growth at home as we have seen abroad. The Japanese are increasingly interested in French products, and there are encouraging signs in Singapore, and also in the Arab countries. In the end, it’s mainly in Europe where not being Swiss Made can be perceived as a handicap. Elsewhere in the world the design is more important than the label.

Which are your most profitable lines at the moment, those with manufacture movements or those without?

In some markets, such as Germany for example, we offer only our most high-end models equipped with in-house movements. But we would like to introduce other collections. Generally speaking, we have seen a clear slowdown in sales of our most expensive manufacture models, those between €4,000 and €7,500. However, they represent only one-third of our output. Our core range remains in the €1,000–€3,000 price bracket, and the Trocadero is our bestseller. When we took over we intended to continue producing solely women’s watches. We nevertheless launched some men’s models, and this proved to be a good move. Today they make up 40% of our sales!

Growth was good, although less than we initially anticipated, given the difficult market conditions for the watch industry. We produced 8,000 watches, and we’re aiming for 10,000. Exports to the more distant markets grew, while European sales remained stable. In terms of products, the most successful model was an updated Equus, launched to celebrate the brand’s 40th anniversary. This suggests that our clients are unlikely to be convinced by any bold new departures. We have a rich heritage to exploit. In our price range, we have to be careful not to give in to the temptation to make fashion watches.