ENTRY-LEVEL - Lip is back !

The tumultuous history of Lip, once a poster child of French industrial excellence, was marked in the 1970s by a series of spectacular breakdowns and false restarts. This time around, the situation looks more promising. 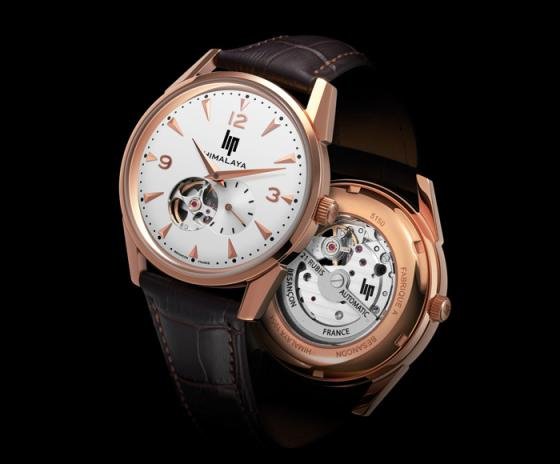 Philippe Bérard, proprietor of the modest SMB watchmaking hub in Besançon – which owns the Girl Only (GO) and Certus brands – is an experienced and cautious man who has brought the company’s production back from China with a view to building on the Made in France concept. “We are part of a movement to revive historic brands, like Alpine in the motor industry,” notes Philippe Bérard. “France has a genuine emotional connection with Lip!” Many historic watches were just waiting to be given the kiss of life and reissued, with new dimensions and minimum modification (Himalaya, De Gaulle, Churchill, Henriette, Dauphine). “We are fortunate that there is genuine interest in vintage design, even among very young clients.” Nevertheless, the brand image suffered as a result of the Made in China interlude, and being retailed in supermarkets. “But only with professionals. When we approach a retailer for the first time, that’s usually their first objection. But at the same time, it has kept the brand visible. In general, by our second or third appointment they have no more objections.”

The company unveiled the first of its new collections at Baselworld in 2015. “Between July and December we took orders for 15,000 watches, but we were only able to deliver 11,000 because we didn’t expect to sell so many in the beginning! We are present in 400 points of sale, and if we continue at this pace we should sell 30,000 to 40,000 watches by the end of the year.” The company sources quartz movements in France, but its mechanical calibres are Japanese, “because there are no more French mechanical movement suppliers. We try to use as many French-made components as possible, but there’s no one left making dials or cases in France...” Currently, 95% of sales are to the domestic market. In terms of export potential, Japan – another country with a strong industrial watchmaking heritage – looks very promising.