The Tourbillon Gravity by Concord


The Tourbillon Gravity by Concord 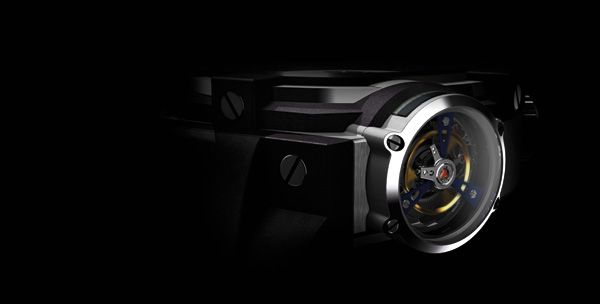 We thought we had seen everything—or nearly everything—in the world of tour-billons. But no, the surprises keep on coming. The latest, which will be unveiled at BaselWorld 2008, is the ‘Tourbillon Gravity’ by the brand ‘XXL’ Concord.
The term XXL is quite apt since the brand needed an ‘extra, extra large’ case to hold the tourbillion and its carriage, not on the front of the watch as is customary, but rather on the side of the case. In a way, this alludes to the origins of the tourbillon, which, as we know, was invented by Breguet to compensate for rate changes in pocket watches, which, as their name indicates, were essentially kept in the vertical position in a pocket. Thus, in the beginning, the tourbillon was used to counteract the timekeeping errors due to gravity by making the balance rotate, thus progressively assuming all the vertical positions.
A few years ago, the debate raged (kindled notably by a controversial article written by Professor Jean-Claude Nicolet for the pages of Europa Star) as to the usefulness, or lack thereof, of the tourbillon in a wristwatch (which normally assumes all positions when it is worn on a moving wrist).
The Tourbillon Gravity by Concord will not change much from a scientific point of view, but it is nonetheless a bold and unexpected invention. Designed by the very innovative company, BNB Concept (see our article on ‘Über-watches’ in this issue). The difficulty in its creation resides essentially in the unusual orthogonal mechanical construction that permits the tourbillon to be mounted outside of the dial, at the edge of the case. This is also a way for Concord to define its new territory.