Celebrating 20 years, for many brands, isn’t such an incredible achievement, with some companies having hundreds of years of history. For A. Lange & Söhne, however, it’s a milestone definitely worth celebrating.
After hearing the challenges this famous German brand has gone through, you wouldn’t blame Walter Lange and his colleagues if they celebrated every day of the year.

Consider this: on May 8, 1945, the last day of World War II, Russian fighter-bombers dropped their payloads on his hometown of Glashütte, about 250 km south of Berlin, in an attempt to hit a retreating German Panzer division. The bombs blew up most of the hamlet, including the main watchmaking facility of his family’s business, A. Lange & Söhne, which specialized in highly technical marine chronometers and high-end pocket watches with signature German silver three quarter plates, proprietary Glashütte lever escapements (for better time regulation), and high complications (minute repeaters, perpetual calendars, split second chronographs and more).
Then, in March 1946, even though the Lange family had never been affiliated with the Nazi party and had done nothing more than make watches during the war, the factory and all the Lange’s possessions were seized via De-nazification Order 124. This decree was luckily overturned and revoked one month later, but the worst was yet to come for Walter Lange. Two years later, on April 20, 1948, the new regional authority seized the factory and all its assets once again, meaning the business that had been founded and operated by the Lange family since its establishment in 1845 was now in the hands of the East German government.

At the time, Walter Lange was working in the company repair shop, but once new management assumed control, he refused to answer to them — for which he was sentenced to toil in the uranium mines. Lange instead managed to flee the country and settle in Pforzheim, West Germany, another centre of German watchmaking, where he assumed he’d never see his ancestral watchmaking company, or Glashütte, again, so he went to work in watch distribution for other companies. Surprisingly, after all that conflict, Lange is actually thankful to the East German government for not destroying the A. Lange & Söhne name. After the Post-communist take-over, the company was called the People’s Own Factory (VEB) A. Lange & Söhne, then Mechanik Lange & Söhne VEB, and then in 1951, it was merged with several other area institutions to form Glashütter Uhrenbetriebe (GUB). The East Germans continued to make higher-end mechanical watches until the quartz revolution in the early 1980s, when production switched to inexpensive quartz watches, more than one million a year at their height. “By then, the name was no longer used and, fortunately, never misused, for which I shall remain eternally grateful to the GUB,” Lange, who will turn 87 in July of 2011, says, incredibly, unable to hold a grudge.

More incredible still has been the rebirth of A. Lange & Söhne. When the Berlin Wall fell in November 1989, Lange saw some hope of reviving his family’s watchmaking legacy. He secured financial backing with the essential help of watch industry veteran Günther Blümlein, then went back to Glashütte, found a core group of watchmakers (who still had boxes of vintage Lange movements and parts), and set about restarting the old company. On December 7, 1990, 145 years to the day after his great grandfather Ferdinand Adolph Lange launched the original A. Lange & Söhne, Walter Lange registered the resurrected brand, Lange Uhren GmbH. Not long after, Lange bought back his family’s buildings, including the original A. Lange & Söhne headquarters, where the company is once again based.

On December 7, 2010, A. Lange & Söhne, no longer family-owned but part of the Richemont Group, held a grand party to celebrate its 20th Anniversary as the reborn company. It was held in the Palace in Dresden and offered a chance to look back on the history of the company and toast its bright future. New company CEO Wilhelm Schmid, was also introduced. Schmid, 47, comes from BMW Automabiles. It’s truly incredible that Lange still remains one of the few watch companies able to make the majority of the critical parts it uses, including all of the three quarter plates and bridges (out of German silver, more aesthetically pleasing but much harder to work than other materials) and its own balance springs, a huge achievement in watchmaking.

“In a sense, I think I was brave and courageous at the time, because we were starting from nothing, and it was a real risk,” says Walter Lange. “In any case, I started something new and Glashütte again became a centre of fine watchmaking. The mayor of Glashütte once told me that if we hadn’t have succeeded, you could have turned off the lights in the town.

“I didn’t know at all how it would turn out,” he continues. “In 1994, when the first watches were ready and shown to 12 retailers, they started to applaud, and we knew it could work. It was a real relief to hear them clapping. If the next 20 years of Lange are as good as the first 20 years, we will be in fantastic shape.”
Anthony de Haaf is the Director of Product Development for A. Lange & Söhne, and he is impressed at what the company has been able to do. “I have been here for six years and the company has developed in an amazing way,” he says. “It’s been such a success story. We have developed more than 30 movements and we have built up the brand into such a position, it’s like a dream. There are still a lot of things to do. The goal is that we want to be one of the big brands, like Patek Philippe, Vacheron and others. There are still lots of great watches to develop. We have to work hard to keep it this way. To hunt is hard, but when you are at the top, you become the hunted, which is even harder.”

Walter Lange, Haaf and the rest of the team in Glashütte and around the world are committed to keeping the tradition of Lange alive and well. “The intent has always been to be one of the best watch companies in the world,” Haaf says. “Making the best watches in the world is our goal, which may sound arrogant, but it’s been our target from the beginning. Lange is Lange and it stands for something, which is an achievement. People buy Lange watches because they are Lange watches, and we have to take care of this and protect it.”

Having survived Russian bombs, homeland division, and a communist take-over, A. Lange & Söhne is here to stay. Congratulations to Lange on 20 years and we here at Europa Star hope that the company celebrates many more anniversaries. 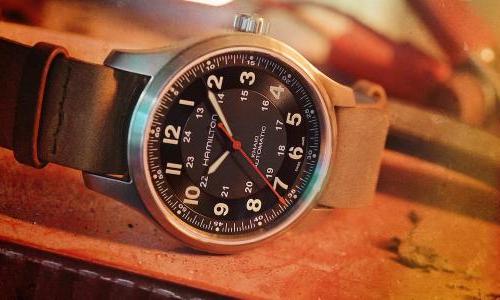 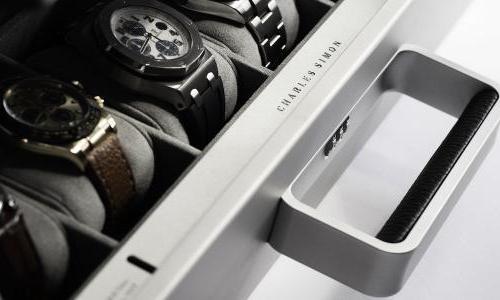 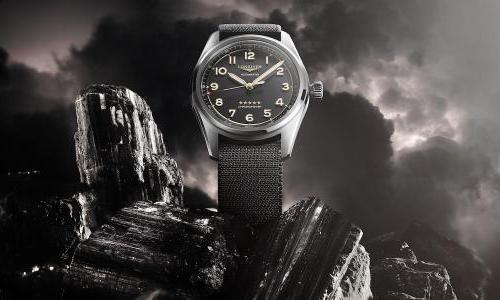