Technotime’s tourbillon on the podium


Technotime’s tourbillon on the podium

It was a resounding success for Technotime, whose manual-winding tourbillon movement TT791.50 won third place in the recent International Chronometry Competition held in Le Locle.

Technotime was born in 2001 from the ashes of France Ebauches, of which it had acquired the assets and the machine park during the bankruptcy of the last French company to produce ébauches and movements, both mechanical and quartz.

In 2004, Technotime turned its attention to high-end mechanical watches and launched an ambitious and complete series of new mechanical movements derived from a “basic tractor” that featured a double barrel and a 120-hour power reserve. Following this came a column-wheel chronograph, the 741, equipped with an additional module for the date. At the time, the company claimed to have the capacity to produce 50,000 mechanical movements per year. 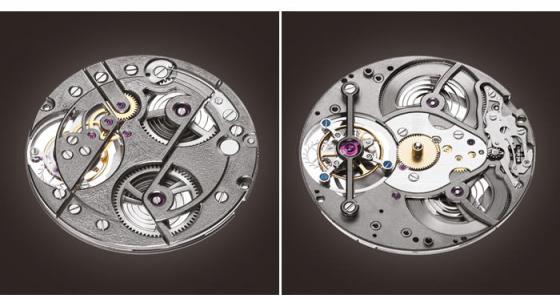 The following years were difficult, however, and Technotime gave up on its too costly plans for an almost complete integration and instead set up a network of partner sub-contractors specialised in their respective domains. (Among others, these included Mercier SA, a specialist in the finishing of movements and in the assembly of calibres.)

This strategy allowed Technotime to produce more reliable movements and, in 2010, the brand obtained its first COSC certification. Moreover, Technotime strengthened its independence in the strategic sector of the balance spring. The company is one of the few to master this type of production, and its in-house balance spring, made of Elinvar, equips the tourbillon watch that just successfully participated in the International Chronometry Competition.

The brand’s third place showing in this competition garnered 791 points, behind Greubel Forsey (with a Double Tourbillon Technique that was attributed 915 points out of 1000) and Chopard (with an L.U.C Tourbillon Tech Twist All Black that received 855 points). This recognition marks an important step for Technotime in terms of its watchmaking legitimacy.

The manual-winding calibre TT791.50 has a thickness of 4.65 mm, and features a one-minute tourbillon with small seconds on its axis. It is 13 ¼’’’, has a frequency of 4 Hz (28,800 vibrations per hour), a double barrel and a power reserve of more than 120 hours. It has been designed to be perfectly adaptable to different demands of the client, both in terms of finishing and in terms of display. It is available either with a power reserve indicator at 3:30 or with a power reserve indicator at 5 o’clock and a retrograde date at 1:30, with or without small seconds on the axis of the tourbillon. 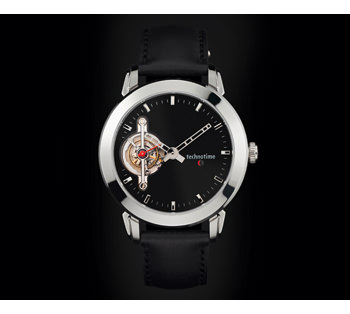 Europa Star will come back to Technotime in more detail in the special issue on mechanical watches, no. 4/12, to be published at the end of August 2012.