In an industry where new brands are constantly introduced, reaching 180 years is a big deal. Born in the Swiss village of Saint-Imier in 1832, Longines is celebrating its 180th anniversary throughout 2012.

Longines started its life as a watch assembly operation, opened by Auguste Agassiz, in the village of Saint-Imier in the Jura mountains. At that time, Agassiz had a network of suppliers working from home, and the watches were assembled in the company headquarters. From Saint-Imier, Agassiz sold his watches around the world, with North America being a prime market. In the 1850s, Ernest Francillon, Agassiz’s nephew, took over the operation of the company, with a goal to modernise and improve the manufacturing methods. He wanted to group all the operations involved with making a watch into one facility, then he would complete the assembly and finishing of the complete watches in the same facility. To make this plan come true, Francillon purchased two adjacent plots of land on the right bank of the river Suze in the Saint-Imier valley in 1866 – this area of land was called “Les Longines” and the watches produced in the new facility bore the name Longines. 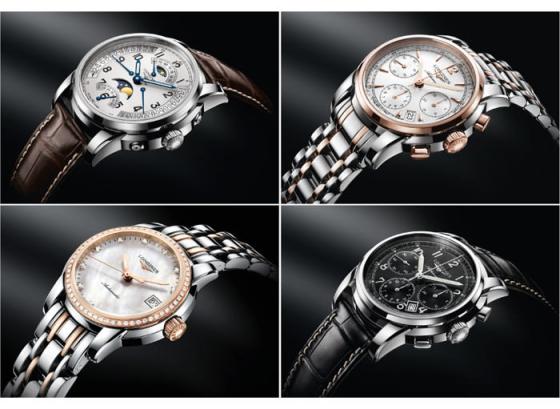 At BaselWorld, Longines introduced the Saint-Imier collection, models that celebrate Longines’ long history with exclusively mechanical movements throughout the range.

“These models pay tribute to Saint-Imier, the village where Longines was founded,” says Walter von Känel, worldwide president, Longines. “The company has established close links with this village, where Longines has developed and both have grown together. So this collection perfectly embodies Longines’ historical values.”

In addition, Longines will introduce some other pieces dedicated to the 180th anniversary.

“We believe in a long-term strategy, in consistency and continuity in product and marketing concepts and pricing structures,” says von Känel, explaining how Longines has been able to be so successful for so long. “We have noticed that the demand for automatic watches and classical models in different sizes is constantly increasing. So we always try to offer different sizes for the same model.” The Saint-Imier collection comes in a variety of sizes and complications, including a basic three hand, a chronograph and a Retrograde Moon Phase version.

Business has been very good for Longines, with its strongest markets being Greater China, Europe and the USA. “Our strategies in the fields of product development, marketing and pricing are matching the needs of the customers in these regions,” von Känel details. “The momentum of Longines is here; don’t miss the opportunity!”