Vacheron Constantin: Creating a dialogue between art and artisanal


Vacheron Constantin: Creating a dialogue between art and artisanal

Born in 1755, well before the era of industrialization, in Geneva, a city well known for the excellence of its precious jewellery artisans, Vacheron Constantin is certainly well placed to talk about the Métiers d’Art so closely tied to its genetic patrimony. And, it is a patrimony that the quartz crisis of the 1980s threatened, but one that was revitalized starting in 1992 with the launch of a series of collections devoted to promoting excellence in the artisanal crafts. Confining itself, in the beginning, to the traditional skills of enamelling and engraving, these dedicated collections later became thematic collections involving a more direct dialogue with the world of art. They are about creating a “dialogue”—the word is now out there—between art and the artisanal, between art and watchmaking. To learn more, Europa Star met with Julien Marchenoir, who manages the marketing, communication, product strategy, and the patrimony of the Geneva manufacture. 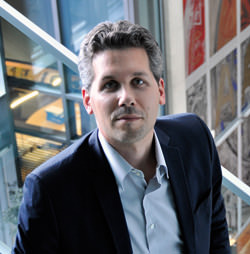 Mutual enrichment One of the best and most fruitful results of this dialogue between art and watchmaking is unquestionably the Les Masques collection, introduced in 2008. Too often, watch companies act as if they are incorporating art into their pieces by merely reproducing a pre-existing work of art on the dial. In Les Masques, the approach goes much farther because it touches on not only the decorative aspect, but it also requires careful reflection as much from a technical point of view as from a design standpoint.“We often speak of the dial as the face of the watch,” explains Julien Marchenoir, “and thus we wanted in the beginning to literally base our approach on ‘faces’ that were works of art. We then discovered the exhibition, L’Homme et ses Masques, organized by the Barbier-Müller Museum, in Geneva, dedicated to the so-called ‘primitive’ and tribal arts. Impressed by the beauty and power of these masks, representing so many civilizations, we decided to engage a real dialogue between this ‘primitive’ art and the artisanal crafts that we practice today. We wanted to go beyond a mere reproduction, and create authentic objects of art drawing from and mixing various sources. The masks that we selected (twelve in all, spread over three years in three collections of four masks—from Asia, the Americas, Africa, and Oceania—each in a limited series of twelve watches) were meticulously and sumptuously reproduced, using noble materials, in three dimensions to be identical to the original, including the cracks and patina. They were placed at the centre of the dial. To free up this centre, we eliminated the hands and positioned the time indications in off-centred windows, thus at the same time innovating in terms of the mechanical movement. In addition, we reproduced, on the sapphire crystal dial, texts drawn from Michel Butor’s book, La Voix des Masques. Mechanical timekeeping, artisanal art, tribal art, and literature thus come together to create a unique object, one that is totally original, whose objective is to incite the most intense artistic emotion possible.”

Quality and depth of emotionThe aroused emotion, or more precisely, the quality of this emotion (the word itself, tarnished, is used in all types of marketing efforts) is undoubtedly one of the most obvious signs that an artisanal work can achieve the status of a work of art. In this regard, the experience of the enamel expert, Anita Porchet, is particularly instructive as to the depths that this dialogue can reach. “We are patrons of the Paris Opera since 2007,” says Julien Marchenoir, “and we wanted to meet a challenge: to recreate, in miniature painting on a miniscule dial of a few square centimetres, the 200 square metres of the Opera’s ceiling and its 180 figures painted by Marc Chagall. The ceiling was meticulously studied for a month and a half, and then Anita Porchet got to work, which lasted more than two months, working seven days a week. The enameller studied the paintings of Chagall so closely that she virtually became on intimate terms with the painter. She wanted to uncover even the particular vibration of his strokes, going so far as to discover a form of anxiety, transmitted directly by the artist’s brush. This intimate and deep understanding of the work is felt in the piece that exudes, in its own turn, an emotion that is truly artistic.” And, the work on the case magnifies the painting on the dial by reproducing in miniature engraving the twelve different nymphs that encircle the ceiling, and that serve as the hour markers.

Cultural dialogues Another collection, La Symbolique des Laques, launched in 2010, demonstrates the fertility of a dialogue that weaves together different cultures, but with a common goal of achieving artisanal excellence. Between Switzerland and Japan, between watchmaking art and the art of lacquer, the collection reveals a beautiful coherence, a necessary condition to obtain the status of a work of art. Using a lacquer technique that is undoubtedly the most sophisticated in the world, the ancient Maki-e in collaboration with the 350-year-old company, Zohiko, Vacheron Constantin wanted to establish a close dialogue with traditional Japanese culture. Thus, faithful to the duality that we find in Japanese cultural objects, the top and bottom of the watch were both lacquered. They paired flora and fauna, as, for example, the pine tree and the crane, the bamboo and the sparrow, the plum tree and the nightingale. Combined, these pairs express the “complete message” transmitted by this symbolic dual motif. In the same manner, the movement, which occupies the central part of the dial, was treated with ruthenium, in a “zen” fashion, insists Julien Marchenoir, “in order to not interfere with the decorative motif.”On the level of these cultural exchanges, we can also mention the recent collection, Les Univers Infinis, which draws attention to the art of guillochage, with motifs inspired by the famous Dutch artist, Maurits Cornelis Escher. We already know the decorative geometric technique of guillochage, but we perhaps know less about some of the great guillochage artists who have created figures by criss-crossing their engravings.Thanks to this rare artisanal technique, mastered in-house, Vacheron Constantin has drawn inspiration directly from the works of the Dutch master—a genius when it comes to trompe l’oeil, plays on perspective, and visual illusions—to give new and hitherto unknown dimensions to the arts of guillochage, engraving, enamelling, and even stone-setting. Can we call this art? It is all in how we look at such pieces. But, there can be no doubt that the borders—quite often artificial—between art and the idea of “doing” and the artisanal, are blurred and finally end up by merging.

A powerful new MB&F with a lapis lazuli dial

TIME.KEEPER The LM FlyingT, the first MB&F Machine dedicated to women, owes its genesis to founder Maximilian Büsser’s ruminations on the keystone roles that women (...)