Presented by Greubel Forsey at Baselworld 2004, within two years the Double Tourbillon 30° has become a model that is recognised and sought-after by the most demanding connoisseurs.
Through this first creation, Greubel Forsey clearly positioned itself within the highly select circle of high-performance prestige timepieces, in keeping with the purist spirit that distinguishes models by the Inventor Watchmakers of La Chaux-de-Fonds. The goal of safeguarding the high intrinsic value of the Tourbillon while interpreting it from
a contemporary prospect has been fully attained.
By aiming to achieve harmony in the roles played by each part of the watch, Greubel Forsey practices an Art that is expressed through the beauty of the mechanisms, interpreted within an architecture freed from ephemeral stylistic effects.
The Double Tourbillon 30° is currently crafted in white or red gold, as well as platinum, with a choice of gold dials. A few personal variations have also been made at the request of certain collectors. The Double Tourbillon 30° has become a reference in the field of contemporary Tourbillon models. Its mechanism is protected by several international patents, guaranteeing it a great future and peerless exclusivity. 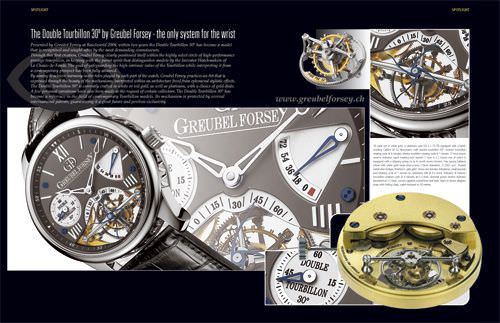 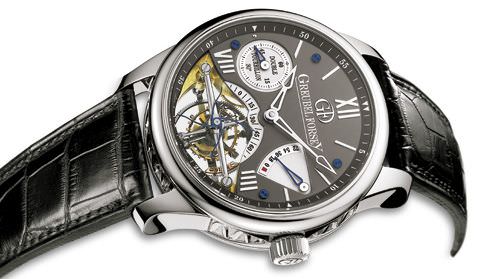 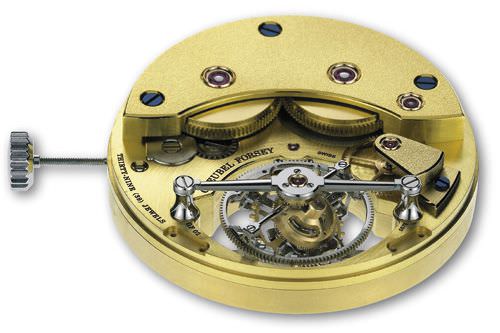