Swarovski is launching two new watch lines, one of which is a Numbered, Limited Edition, that echo its second collection unveiled at the Baselworld international watchmaking fair in March 2010.

Five exceptional models further enrich a collection which is now made up of nine lines and 50 models. The hallmarks of Swiss watchmaking are once more in evidence, ensuring optimum quality and incredible precision, alongside the unique cut-crystal expertise of a company with over 100 years’ history. 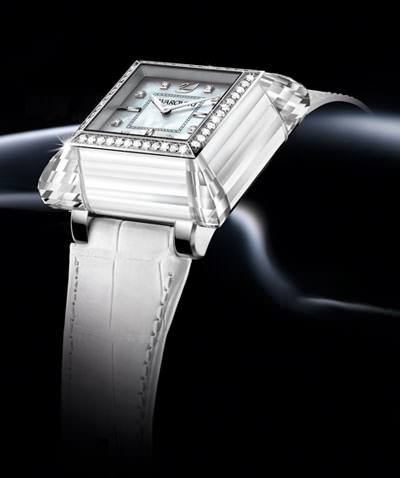 Swarovski has created a watch entitled “Rock ’n’ Light”, with this version featuring diamonds and available in three colours, each one numbered and limited to 999 units. A result of the “Avant Time” concept launched in 2009 with the “D:Light”, this exceptional model expresses Swarovski’s vision of time today. These spectacular watches are joined by two “Elis Bangle” pieces, featuring pavé Crystal Mesh, that embody the spirit of the “Elis” line impeccably. 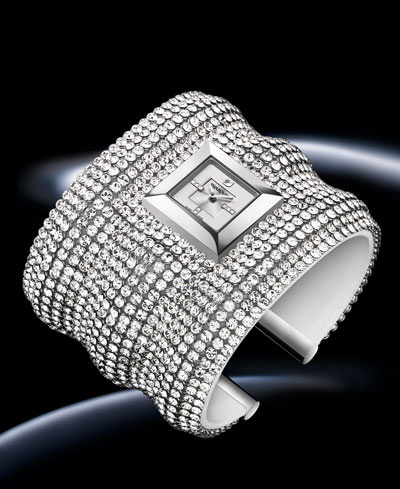 Swarovski has brought together the finest materials around with the crystal and diamond “Rock ’n’ Light”.

The standard version was first unveiled in Basel, and the “Rock ’n’ Light” is an exercise in true style, featuring the largest crystal ever cut and produced by Swarovski for a watch. 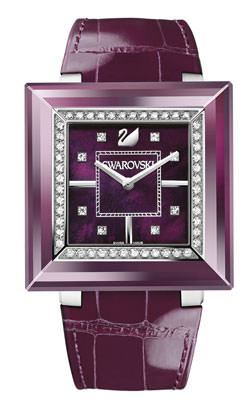 The “coussin” cut crystal frames the dial majestically and its square metal bezel. A rock of light with 32 perfectly symmetrical facets, this uniquely proportioned crystal is the epitome of femininity, and the crystal and diamond version of the watch has been designed for all women who live life with a rock’n’roll attitude. 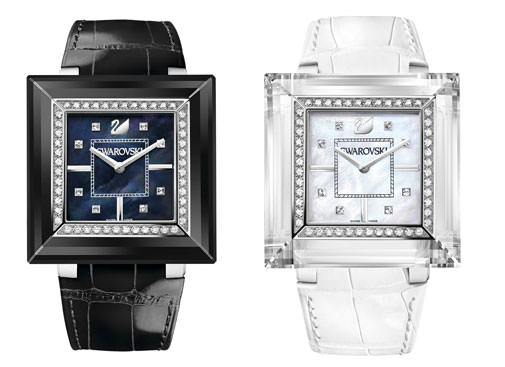 At once a watch and an item of jewellery, this piece is another example of the successful marriage between fashion and watchmaking. Inspired by a model from Swarovski’s first watch collection launched in 2009, the “Elis Bangle” is available in two ultra-glamorous sizes and takes the form of a chunky bracelet. 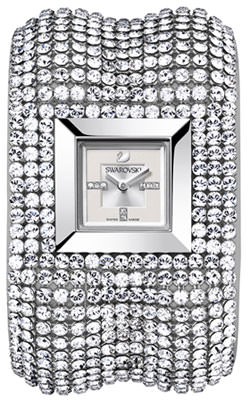 Conserving the “Elis” watch’s subtle steel square bezel shaped in the form of a pyramid, this model is available in large and small format. 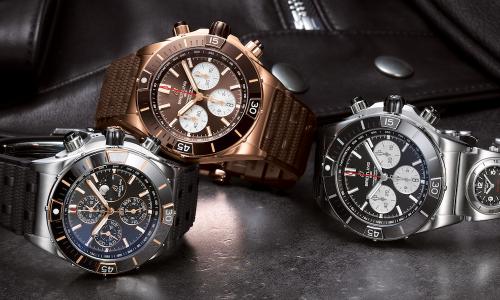 Inspired by the Frecce Tricolori watch that Breitling created for the hotshots of the Italian Air Force’s aerobatic fleet in 1983, the new Super Chronomat, (...) 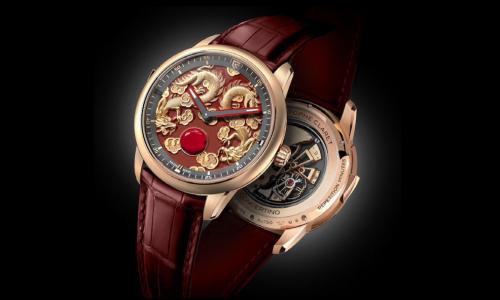 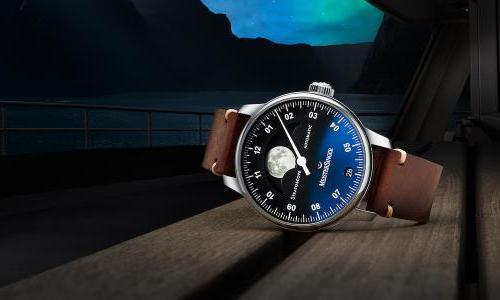 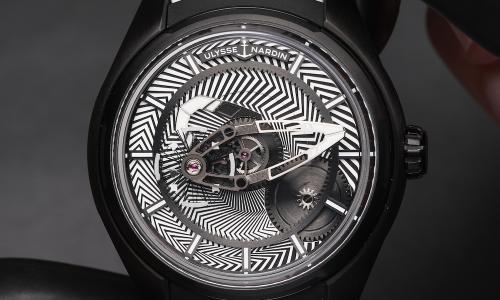