Skills from France and Franche-Comté in force at EPHJ 2011

Skills from France and Franche-Comté in force at EPHJ 2011

In Lausanne 48 French exhibitors, including 36 from Franche-Comté, reaffirm their know-how on the markets for watch-making, jewellery and high jewellery and luxury (Palais Beaulieu, 24th to 27th May 2011).

The strength of the French presence and particularly that of the Franche-Comté region at EPHJ bears witness to the dynamic of cross-border trade both in watch-making and in jewellery and top end leather goods. In our globalised economy, this active Franco-Swiss collaboration results in a true European watch-making area which, with all its skills, unique craftsmanship, technological know-how and undisputed renown, is facing up to the arrival of major competitors from outside Europe. 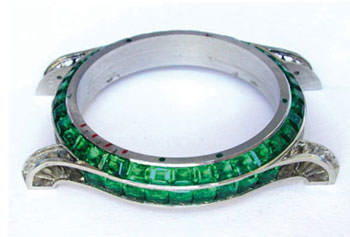 Although the watches themselves are the most emblematic in terms of image, they could not be made without the know-how, quality and innovation provided by French and, particularly, Franche-Comté subcontractors. The small and the precise are in their genes …. The art of beautiful work is part of their tradition. Innovation and intelligence are forging their development.

Located in immediate proximity to Swiss order-givers, French subcontractors play an active part in the growth and offer of new products from the greatest brand names. This year 48 of them will be presenting their know-how and technology.

For the first time at EPHJ, the Franche-Comté region, the French Horological & Microtechnics Federation and the Comité Francéclat are organising a meeting between Swiss manufacturers and French subcontractors in order to facilitate exchanges and encourage collaboration on either side of the border. Almost one hundred Swiss order-givers should therefore be able to meet with the French suppliers exhibiting in Lausanne. A real opportunity for creating new “win-win” partnerships.

Around Franche-Comté Centre for microtechniques, Luxe & Tech association, Pierre Vernier institute, Franche-Comté Regional Development Agency and Le Bijoutier International magazine, French firms that are partners in watch-making, jewellery and high jewellery and the luxury products markets, represent 35% of foreign participation at the show (a total of almost 600 exhibitors and some 120 foreign companies).

From design to the finish and decoration of items, from the study to the manufacture of components, crowns, movements, bands, cases, pocket watches or jewellery items, gemstones, including special machines, the design of top end packaging and the production of boxes in precious woods, all the skills involved in the professional watch and jewellery-making environment will be on show.

The renewal of watch-making in Franche-Comté

Watch-making know-how is still alive in Franche-Comté and the workmanship of the region is still a reference, certification by the Besançon observatory is unique and the wind of renewal is blowing over the industry. 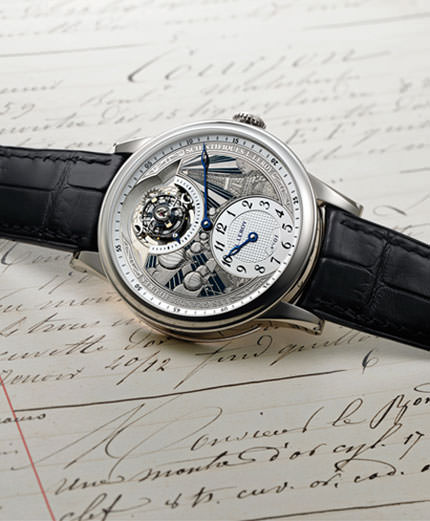 International brands have set up their After-Sales centres in Besançon, the production companies of the region are being newly developed, designers are finding expression in the very small and the monumental, the Ateliers Leroy returned to the capital of Franche-Comté at the end of 2010 under the label Besançon France. Today Breitling is establishing its new international training and after-sales service centre in Besançon in a 8,000m² ultra-modern building in the TEMIS technological park. At the same time the prestigious Viper hallmark is getting back to work and a new “luxury and precision” training course has opened at the Ecole nationale d’ingénieurs en mécanique et microtechniques (ENSMM). All of which sounds like a renewal in watch-making in the region.