Agreement Signed for a Bulgari Hotel in Shanghai

Agreement Signed for a Bulgari Hotel in Shanghai

The luxury hotel will be located within an extraordinary riverside metropolitan complex development in Suhe Creek, a protected heritage zone in the Zhabei District, near the Suzhou River and overlooking Pudong, the financial district of Shanghai. Renowned as being the “Gold Strand of Shanghai” Suhe Creek is the city’s most prestigious district known for its flourishing arts scene. 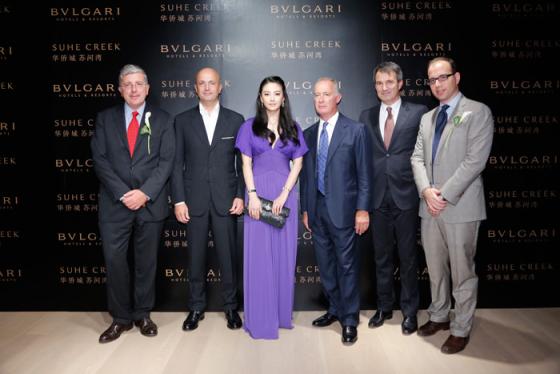 Suhe Creek will combine sophisticated contemporary buildings with traditional Chinese buildings. The development respects Shanghai’s historical heritage through the restoration of traditional buildings including the Hin Tau Temple, also known as the Temple of the Queen of Heaven.

The Bulgari Hotel will be located in the 12 upper floors of a 40-storey building designed by world-class architecture design team Foster+Partners whilst the interiors have been designed for Bulgari by the renowned architectural firm Antonio Citterio Patricia Viel and Partners who also designed the Bulgari Hotels in Milan and London as well as the Bulgari Resort in Bali.

With the contemporary style and outstanding service and design for which Bulgari is famous, the hotel will offer a fascinating mix of tradition and modern themes through the juxtaposition of new and antique architectures, reflecting the design and style of the OCT Suhe Creek area, which combines historical architecture with modern commercial spaces.

The Bulgari Hotel, with its 120 rooms and suites - including one extraordinary Bulgari suite of 400 square meters, will offer some of the largest hotel rooms in Shanghai. Its Italian rooftop restaurant and bar are destined to become one of the most desirable venues in Shanghai.

The hotel will also include a true jewel: an exclusive Chinese Fine Dining restaurant host in an historical building, the former Chinese Chamber of Commerce which will be restored to its former glory and will also be home to an exhibition of Chinese antiquities. The Chamber of Commerce was the first of its kind in China and dates back to early 1900.

The hotel will also feature a ballroom and a 2000 square meter Spa including an indoor swimming pool. 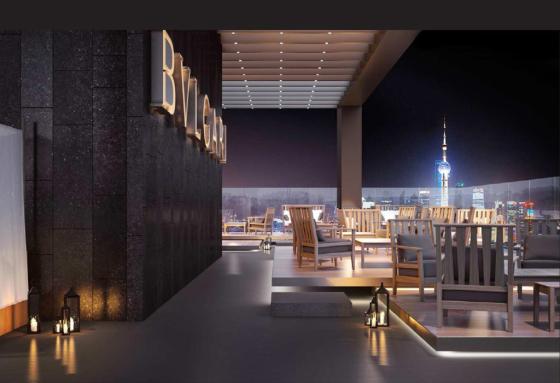 The Bulgari Hotel in Shanghai has been designed to incorporate the highest standards of environmental sustainability.

Francesco Trapani, President and CEO of the LVMH Watch and Jewerly Division, thus commented, “We are extremely proud to be able to open the first Bulgari Hotel in China, and particularly in Shanghai, an important hub between East and West. And it is in Shanghai that Bulgari chose to open its flagship Store in China which has proved to be a very good premise for the future brand success in the Country. Moreover, last year we took part to the impressive Shanghai Expo and this city was also among the special ones we selected to celebrate the 127th anniversary of the Bulgari brand with a retrospective exhibition.

The new Bulgari Hotel in Shanghai will be another important step for the Bulgari Hotels & Resorts project and a further precious occasion of visibility in such a strategic market for luxury goods. In addition, the partnership on this extremely exciting project with OCT, the leader in the travel industry in China, will ensure once again the highest levels of quality and innovation. We look forward to sharing with our clientele in Shanghai the Bulgari values in hospitality at this new, very exclusive location. “