For the launch of its new Pontos S watch, a spectacular viral launch campaign produced by Maurice Lacroix and supporting a free-diving world record attempt has scooped a pair of prestigious awards within the space of just over a week. “The French Job” was given a Corporate Communications Award in the social media category at the Swiss Award-CC prizegiving ceremony in Zurich on 6 September, followed by a European Digital Communication Award for “Best Product Launch” in Berlin on 14 September.

The Digital Communication Awards are hosted by the Quadriga University of Applied Sciences in Berlin and are the first awards in European PR and communications to exclusively honour outstanding achievements in online communication. 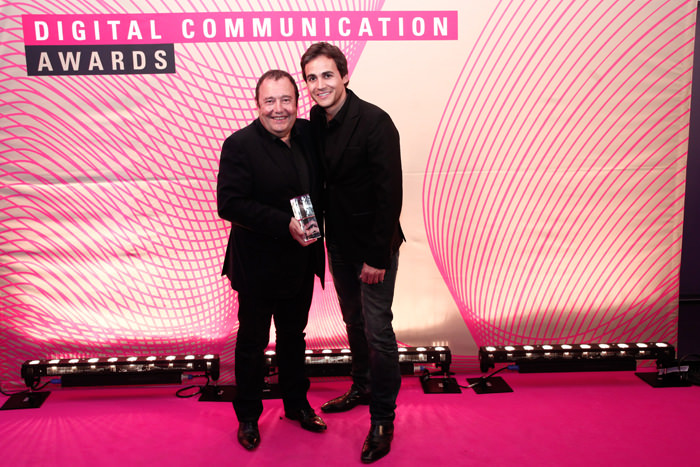 Maurice Lacroix was invited to Berlin to outline the campaign personally and the jury of 30 communications experts was suitably impressed with his presentation. “The French Job” was duly chosen for the award and won out ahead of a host of high-calibre competitors including skin-care giants Beiersdorf, Domino’s Pizza and German food specialists Rügenwalder Mühle.

The Corporate Communications Award meanwhile was for Swiss companies and saw 42 social media campaigns enter the competition, of which 26 fulfilled the requisite criteria and were then posted on Facebook. 7,200 votes were registered, with “The French Job” securing over 3,000 of them.

“The French Job” is a viral launch campaign for a new product, the Pontos S diver’s watch, built around a world record free-diving attempt. The campaign was designed to involve the social media community and specifically targeted bloggers with high connectivity and viral potential to involve and capitalise on their networks right from the outset. It was cast as “the job of a lifetime” and saw a viral selection process through voting on Facebook which pushed bloggers to activate and involve their own communities of followers to secure a maximum amount of votes and be elected to take part in “The French Job”, spending two weeks in a luxury villa in the south of France.