Louis Erard presents a series of seven new chronographs in its 1931 collection. Limited editions for the most part, their generous size expands on an aesthetic which the watchmaker has already employed to great effect in the 44mm diameter case. Distinctive to say the least, the imposing case takes its cue from masculine, modern, architectural lines, but isn’t against playing with colours and textures. Never short on inspiration, the alchemist-watchmaker explores new roads and delivers an impeccable signature piece with genuine horological substance. And because Louis Erard equates elegance with realism, each of these authentic creations is proposed at an affordable price. 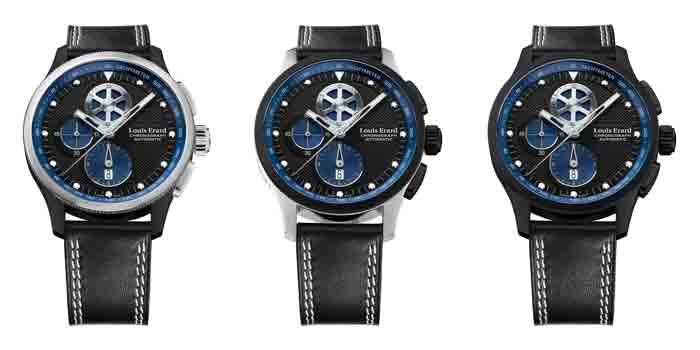 Among the limited editions, three models come with a blue flange that echoes the azure tones of the chronograph counters. For just 200 pieces, Louis Erard mixes and matches steel in its natural state or clad in black PVD for a series of renditions: steel case/black bezel, black case/steel bezel, and all in black. 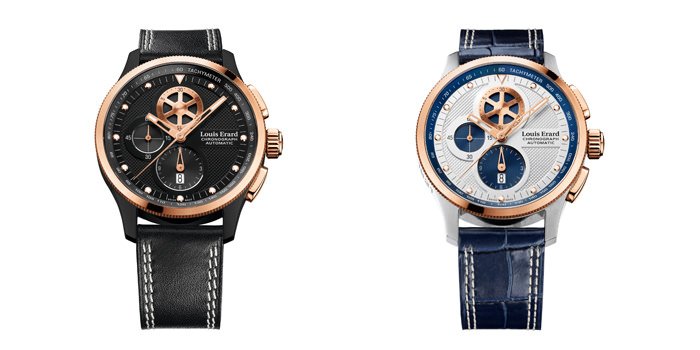 A further two limited editions are signed in gold, always a safe haven. Seventy-five pieces in top-to-toe black, except for the bezel in 18-carat rose gold, the pushers, the crown, and the gold-toned hands. And one model with the same touches of gold but with the silver tones of a steel case and silvered dial. 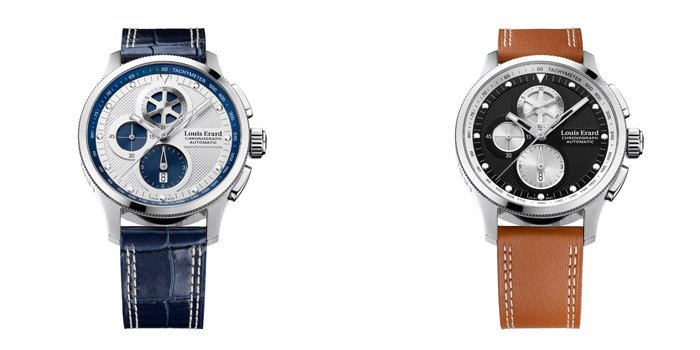 The new series is completed by two distinctive pieces in steel with a black dial and brown leather strap and a silver dial with a blue strap.

Seven models with a familiar ring, as though Louis Erard had taken the DNA of earlier chronographs and crossed it with its power reserve models. Characteristics that shout out the Louis Erard name but still continue to reinvent the brand. Not forgetting the tick-tock reminder that the company, from its base in the Swiss Jura, proudly upholds the values of fine watchmaking with its Swiss mechanical watches.