Tim Bourne, Worldwide Head of Watches, notes, “We are delighted with the fabulous results achieved in 2012. With the reconstruction of the department we have seen tremendous and unprecedented growth in the Company’s watch and clock auction and private sale business, with record-breaking results in Hong Kong, New York and London, and clients participating from nearly 70 countries around the world. We look forward to bringing more extraordinary timepieces to the market in 2013, starting with the Hong Kong Spring Sale to take place on 7 April. ”

Sotheby’s watch sales in Europe totalled US$30.3 million in 2012, and were highlighted by the landmark auction of The George Daniels Horological Collection in November which achieved a total of £8,285,139 / US$13,249,594, exceeding by far the pre-sale estimates of £3.8 - 5.8 million. As four centuries of watches and clocks went under the hammer, a remarkable 98.5% of the 137 lots belonging to the great British horologist sold when buyers battled for the highly prized timepieces. 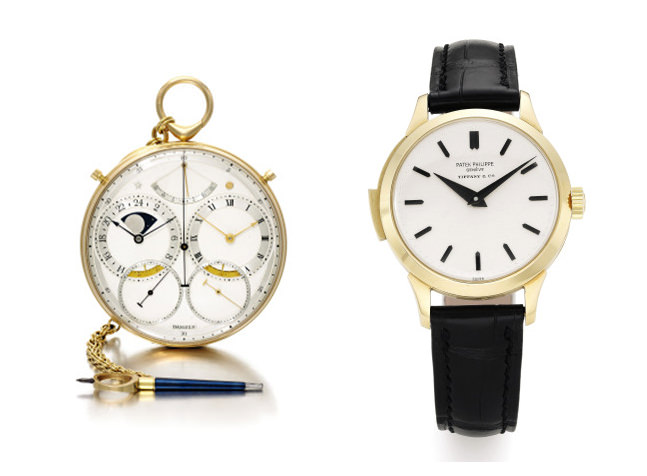 All of the nine watches made by George Daniels saw strong demand, selling above their high estimates. The top lot of the sale was George Daniels’ Space Traveller’s Watch (Est. £400,000 – 600,000) which fetched £1,329,250 / US$2,125,737– establishing not only a new Record for Daniels at auction, but also a record for an English watch and for an independent watchmaker at auction.