The Halda Race Pilot is based on the unique Halda concept which consists of two interchangeable time modules that can be docked into a time platform at the owner’s preference. Each module is developed for optimum performance in its respective environment. That is why the Halda watches are based on functional superiority. 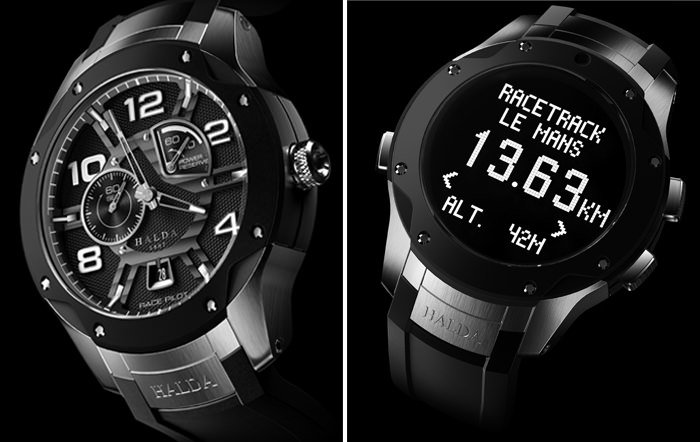 The Race Module is developed in close cooperation with race drivers and equipped with sophisticated technology that really makes a difference in professional racing. The watch has been developed in close cooperation with professional race drivers and technicians and put to extreme tests on the race tracks. It is programmed with useful functions such as Countdown referring to FIA Formula 1 regulations and the Race Pilot program which gives you information of the most popular tracks in the world. The module also has an advanced racing chronograph showing lap times and even average speed, which registers the fastest lap with an accuracy down to 1/100 of a second. 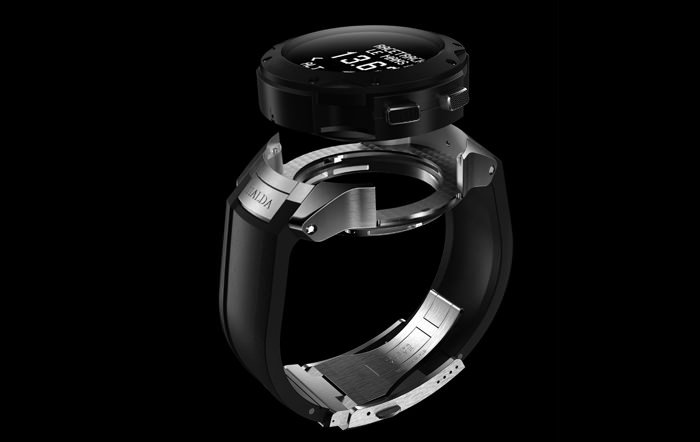 The Mechanical Module stands for the link to the past, celebrating Halda’s history and passion for mechanical movements. It has a design that is inspired from the racing industry and is equipped with one of the best engines one can find; a movement produced by one of the most renowned manufacturers – Zenith. The movement is self-winding featuring a Power Reserve indicator and has been beautifully decorated with Côtes de Genève and Clous de Paris. For those moments aside the race track, the mechanical module completes the Halda Race Pilot perfectly, without compromising with design, function or quality.

The watch will be launched in the second quarter of 2013.