The background to China Haidian’s acquisition of Corum


The background to China Haidian’s acquisition of Corum

On the 24 April 2013, the Chinese group China Haidian (Ebohr, Rossini, Eterna, Porsche Design and Codex) adds another Swiss watchmaking brand to its catalogue: Corum. Encouraging or disconcerting? The answer comes from Elsa Berry, the French-American who handled the transaction through her company, Vendôme Global Partners, which is specialized in mergers, acquisitions and sales in the luxury sector. 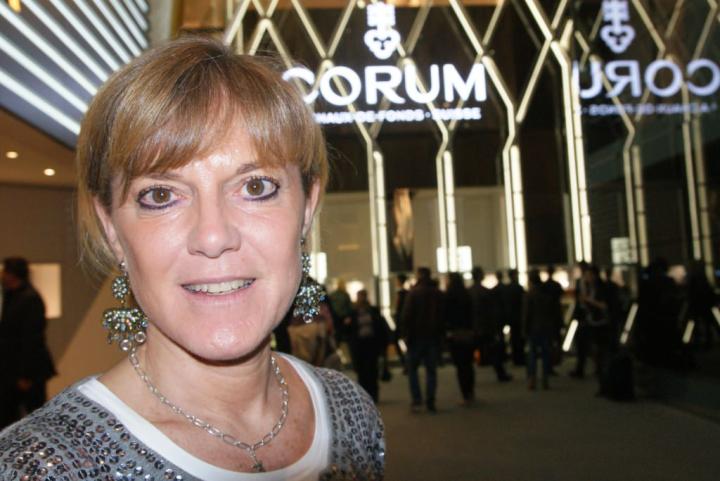 Flash-back! In the year 2000, Montres Corum Sàrl was purchased by Severin Wunderman, who died in 2008. His shares were bequeathed to the Severin Wunderman Group trust, chaired by Richard Tomlin. In 2005, the company starts a period of remarkable growth, thanks mainly to the efforts of its manager Antonio Calce. On 24 April 2013 at 9am, the news is announced to coincide with the opening of the BaselWorld watch and jewellery show: China Haidian is buying Corum! The word “China” awakes the irrational fear of the “Yellow Peril” among the general public, the press, politicians and, of course, the world of watchmaking. But let’s look beyond this to see behind the scenes of the deal, the interests at stake and the prospects with Elsa Berry, who has been working on the transaction since autumn 2012!

Europa Star: Why sell a brand that is enjoying healthy growth?Elsa Berry: The trust, which became active after the death of Severin Wunderman, was not a long-term “investor”, so the sale was inevitable eventually. But beforehand, the consortium had invested a lot in the Corum brand to give it a high-end positioning and allow the trust to exit. Last autumn, we were tasked with starting the sale process by initially spending some time at Corum, with its boss, Antonio Calce, to understand the brand before contacting potential buyers around the world. These included the major luxury groups, watchmaking families and investors all over the world: Europe, the Middle East, Asia, Latin America and the United States.

Europa Star: How did China Haidian approach you?Elsa Berry: China – and Asia in general – is already the key market and a market of the future for Corum. And China Haidian excels in China in the low and mid range in watchmaking and already acquired Eterna in 2011. The majority shareholder of the Chinese group, Mr Kwok Lung Hon, has a considered desire to enter the luxury segment and Corum corresponds perfectly with this because of its critical size, its positioning, its potential and the high level of awareness of the brand among Chinese customers. In their approach, we were impressed both by the infinite respect of their managers for Corum and the enthusiasm of Mr Calce and his team for the guarantees to protect the La Chaux-de-Fonds based brand’s Swiss DNA. A lot of time was spent building up relations to ensure that the two companies were fully compatible.

Europa Star: On the other hand, 86 million francs for Corum seems relatively modest...Elsa Berry: The company was affected slightly by the sales process itself because some agents, who had heard rumours of the sale, honoured their orders less, which lowered the value of Corum a little.

Europa Star: But the take-over of Corum by China Haidian was nevertheless a surprise here at BaselWorld!Elsa Berry: A surprise to find out who the buyer was, maybe, because there had been rumours about the sale since the end of last year.

Europa Star: Because the buyer is Chinese?Elsa Berry: First of all, I must point out that, while China Haidian Holding Limited, quoted on the Hong Kong stock exchange, has purchased the capital of Montres Corum Sàrl, the Severin Wunderman Group trust was paid in part in China Haidian shares – with almost 45 per cent of the sale price being paid in shares (the equivalent of 38 million francs), the trust will hold 10 per cent of China Haidian! This is why we are talking of a strategic alliance. After Mr Hon, who holds 67 per cent of the share capital, the trust is the second biggest shareholder in China Haidian!

Europa Star: And what does that mean in concrete terms?Elsa Berry: It means that the president of the trust, Richard Tomlin, remains involved; it means that the Corum team will not change and that Antonio Calce remains in charge of the company. In short, it means that it is a genuine partnership.

Europa Star: At the BaselWorld press conference for the Chinese press, journalists asked what the Swiss watch industry thought about this sale. Without giving their personal opinions, the managers spoke about a “feeling of uncertainty, in particular with regard to the protection of the ‘Swiss Made’ label”.Elsa Berry: There will be no technology transfer between Switzerland and China, because there is no sense in this. Furthermore, the Ebohr and Rossini brands, which are positioned at the low and medium range, do not need this, because they are the number two and three Chinese brands, each selling over a million watches in more than 3,600 points of sale in China. China Haidian’s strategy is not to transfer these two segments but to consolidate its strategy in the genuine luxury segment, with an authentic Swiss product from a prestigious brand, using local management and know-how, but at the same time offering the potential for exponential growth in China.

Europa Star: Everyone know that Hong Kong is the biggest export market for Swiss watches and that Switzerland is the biggest customer for the Hong Kong watch industry. Since we are not buying back our own watches, we are talking about components – made in Shenzhen, the neighbouring city in mainland China. The concerns about a dilution of the “Swiss Made” label are therefore not so… irrational.Elsa Berry: So the fear is about less being produced locally in Switzerland more in China? On the one hand, in the discussions between the two management groups, all parties were sensitive to the protection of the “Swiss Made” label. On the other hand, Mr Calce is the biggest defender of the Corum DNA and he would never endanger his brand’s “Swiss Made” credentials. He has also invested personally in the partnership with China Haidian and such ideas have never been discussed. I can only reiterate the fact that Corum and China Haidian’s Chinese brands are targeting opposing segments.

Europa Star: And the culture shock? We recall the resignation of the Codex boss, René Köhli, who did not share the same strategy as the managers of China Haidian. And more recently the resignation of the boss of Eterna, Patrick Kury, without any official reason… The Swiss and Chinese visions are sometimes diametrically opposed.Elsa Berry: I don’t know the details behind these resignations, but I was personally involved in the transaction between Corum and China Haidian. The fact that the trust remains involved, that Richard Tomlin – who respects the memory of Severin Wunderman, with whom he was friends for many years, by dealing with the best buyer for Corum –, that Antonio Calce is very committed and that there have been frequent discussions with the management of China Haidian should help to avoid any misunderstandings. And the Chinese group has no interest in messing up this transaction. But being half European, raised in France, and therefore confronted by cultural differences, I understand perfectly the industry’s reaction to this headline news. But the long-term interest is to further develop Corum, especially in the Asian markets in general and the Chinese market in particular.

Europa Star: Are there possible synergies among the group’s four Swiss brands?Elsa Berry: It would make a lot of sense to build up synergies by making a small Swiss group out of Eterna, Porsche Design, Codex and Corum. But it’s too early to talk about that.

Europa Star: What is undoubtedly positive is the extraordinary help that China Haidian could provide Corum for its distribution in China. Is this included in the contract?Elsa Berry: After access to the luxury segment, it is the second motivation of China Haidian: to drive Corum sales in China. The group is involved in all spheres of government influence and it is currently drawing up plans. But I must point out that the Rossini and Ebohr stores will have nothing to do with Corum stores! The brand is discussing the best way to maintain its high-end positioning in Asia.

Europa Star: So this is very positive…Elsa Berry: Yes, it is a win-win because the seller is also a shareholder in the buyer, the management remains in place and China Haidian supports the development strategy that Corum has been pursuing since 2006. I’ve been doing this job for thirty years and intentions alone are not enough – implementation is the true mission. And that is a job for men and women. So there is a strategic desire, the fundamentals are good and there is every reason for this to succeed.

Europa Star: How did the Hong Kong stock exchange react to the deal when it was announced on Wednesday 24 April?Elsa Berry: The day of the announcement, the volume of shares traded jumped from an average of 2.5 million to 8.6 million. And between the announcement on Wednesday 24 April and the closing on Friday 26, the share price increased by 7 per cent, from 0.82 Hong Kong dollars to 0.88. So the market reacted correctly with a pragmatic increase, without excess.

Europa Star: As an expert in mergers and acquisitions, you have referred to this deal as an almost historic event. What do you mean by this?Elsa Berry: For a long time, the Chinese have invested internationally in finance, energy and natural resources, but rarely in brands. One of the reasons for this was that Chinese actors benefited from licences issued by European or American brands. But since China started to grow, these brands have taken back their licences, like Ralph Lauren or Tommy Hilfiger. So now the Chinese either have to create their own labels or buy them. This is a first because they are not used to buying brands. It is also interesting to note that one of the first acquisitions in the luxury sector by a Chinese group is in the watchmaking industry. The future will show how things will develop in this new era. Let us not forget that Chinese also once had the same ingenuity and meticulous know-how as the Swiss, before the destructive parenthesis of communism.