Hollywood Legend Gina Lollobrigida caused a sensation on Sunday at Sotheby’s Geneva when she arrived in a Pagani sports car to launch the sale of her jewel collection.

Accompanied by Horacio Pagani, founder of the luxury Italian car manufacturer, she was welcomed by David Bennett, Chairman of Sotheby’s Switzerland at the Beau Rivage Hotel. 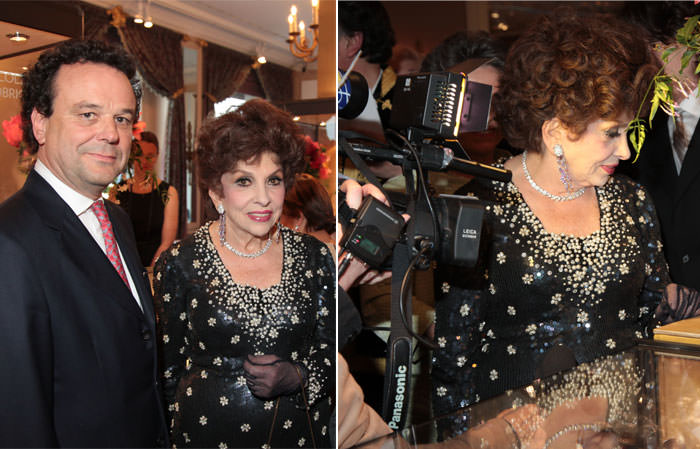 Miss Lollobrigida viewed the exhibition of her jewels, many of which she wore at landmark occasions in her career. The collection will be offered for sale today. Proceeds will be used to fund an international hospital for stem cell treatment.

The auction will feature important Bulgari jewels of the 1950s and 1960s, worn by Miss Lollobrigida at landmark moments in her career. These were highlights of the international touring exhibition, “Bulgari – 125 Years of Italian Magnificence in 2009-2012.” They include a cushion-shaped diamond ring weighing 19.03 carats, Bulgari, 1962, a pair of natural pearl and diamond pendants, Bulgari, 1964 and a diamond necklace/bracelet, Bulgari, 1954.

The Noble Jewels section features an exceptional cushion-shaped Fancy Yellow diamond jewel, weighing nearly 75 carats, formerly in the private collection of His Late Imperial Majesty Sultan Ahmad Shah Qajar (b.1898 - d.1930), together with an important pink diamond and diamond necklace set with a light pink brilliant-cut diamond weighing 6.93 carats and a circular-cut diamond weighing 34.78 carats; also featured is a gem set and diamond necklace, by Bulgari, circa 1965, from a European Princely Family.

Following the success of the May 2012 sale of the Jewels from the Collection of Suzanne Belperron, a collection will be offered of jewels designed by Suzanne Belperron for her close friend Cécyle Simon, including thirty-four pieces she personally created for her. 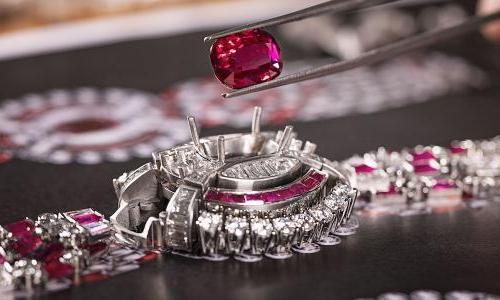