Following the successful relaunch of the Solstice collection in an entirely new case design at Baselworld 2013, Bentley adds a new chronograph model into the 2014 Solstice Collection. 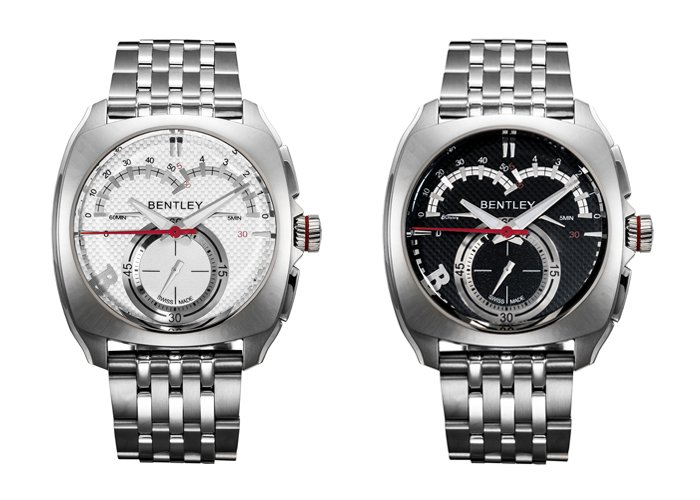 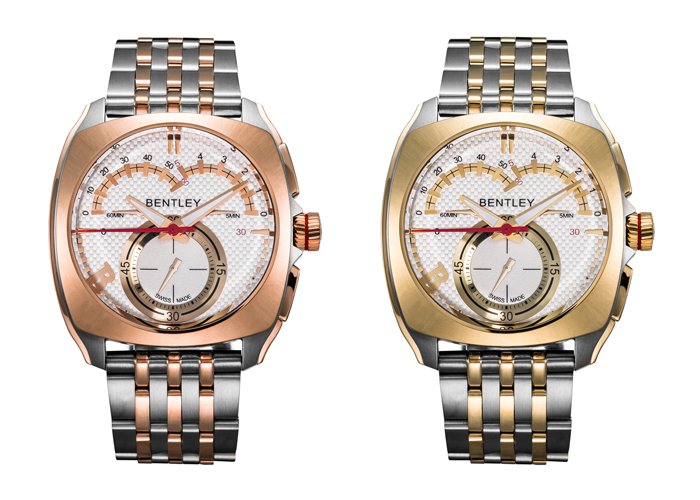 The new model provides an extra large sub-second dial at the 6 O’clock position, and chronograph functions include 30-second counter with retrograde, the second counter sweeps from 9 to 3 O’clock position with clear timing markers, and minute counter and hour counter are indicated with beveled dial elements made from stainless steel.

The models are attributed with two dial colours, white and black with weaved fiber patterns accredit to the sporty nature of the collection.