The first MB&F M.A.D.Gallery opened in Geneva at the end of 2011. The Swiss watchmaking brand admitted that it had no idea what to expect: Would anyone be interested in a mechanical art gallery? Would anyone understand the concept? Would anyone actually come in to have a look? The project was indeed adventurous and unusual! 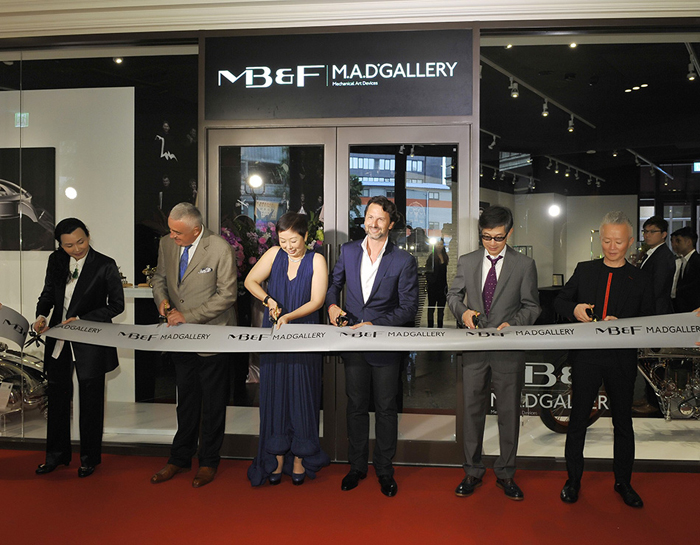 Two and a half years later, the Gallery has surpassed MB&F’s wildest dreams. Watch collectors from around the world have come to meet the brand “at the source”, to the pleasure of the MB&F team delighted to be able to welcome its clientèle in its hometown. A dizzying 15’000 visitors have entered the gallery, intrigued by the carefully-curated “Mechanical Art Devices” (M.A.D.) on display… And cherry on the cake for MB&F, over a thousand mechanical art pieces, created by 20-odd artists and designers have been sold this far. 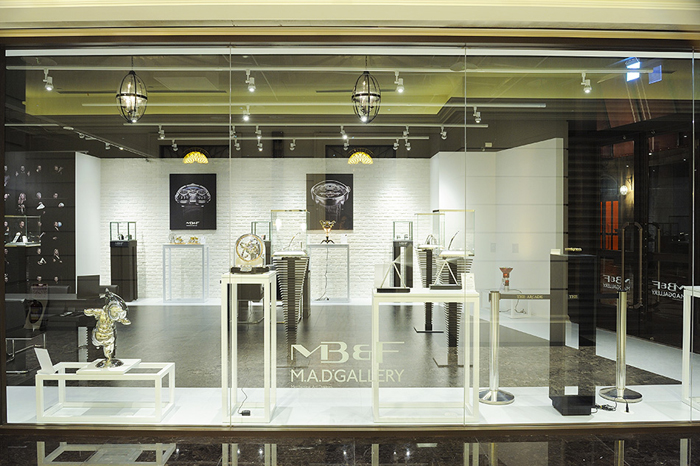 In June 2014, MB&F took another unforeseen step: a second M.A.D.Gallery opened in Taipei, with the precious collaboration of our local retail partners Swiss Prestige. The enterprise was carefully handled by Emil J.F. Klingelfuss (Chairman) and Lori Shen (Managing director). 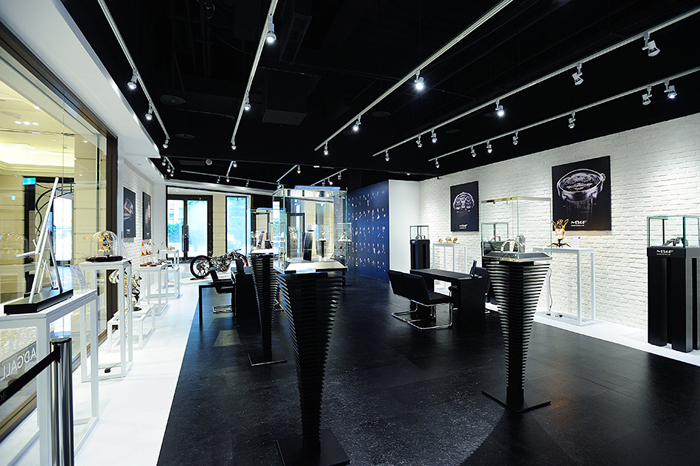 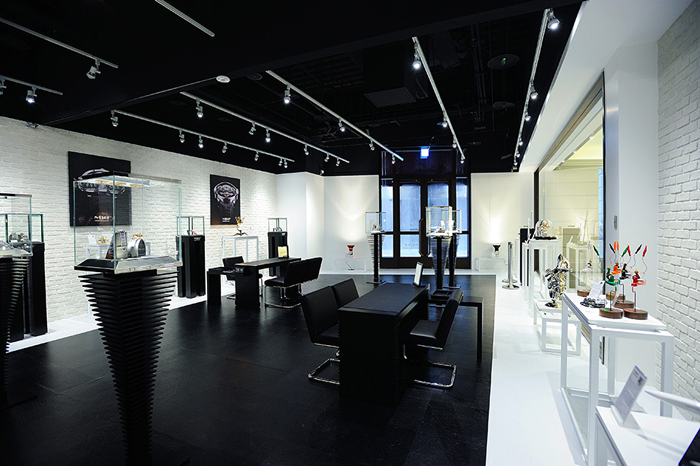 The M.A.D.Gallery Taipei is situated in the recently inaugurated, spectacular Mandarin Oriental, in the heart of vibrant Taipei.

The M.A.D.Gallery Taipei is situated in the recently inaugurated, spectacular Mandarin Oriental, in the heart of vibrant Taipei.

The Gallery’s interior design matches the look and feel of the Geneva address and also showcases a selection of MB&F timepieces together with other forms of mechanical and kinetic art: to name a few, Chicara Nagata’s stunning motorcycles from Japan, kinetic objects by UK-based Laikingland, stainless-steel sculptures by Chinese artist Xia Hang, or the ‘Machine Lights’ crafted by Frank Buchwald in Berlin.