Is the Swiss made smart compatible?

Is the Swiss made smart compatible?

The question has already come up – will the “Swiss made” seal appear on smartwatch dials? The moment the “engine” of the watch (we might not talk about “movement” anymore… perhaps one day we shall call it a "pilot”) is not made in Granges, or the Jura, or Geneva, a watch will no longer rely on its Swissness.

Should you include 60% or 80% of its value in Swiss elements and components, if its core is by Intel or God knows which similar alternative, you will theoretically not be allowed to append the Swiss made seal. At most you’ll, be able to feature “Assembled in Switzerland / Intel Inside”.

“The smartwatches are not compatible with the Swiss made. These are electronic gadgets, quickly outdated,” declared Jean-Christophe Babin, CEO of Bulgari, this Thursday, who has just made the timely announcement of Bulgari’s future smartwatch shaped as a digital “safe”. In his own way, Babin expressed out loud the philosophy behind the Swiss made notion: a Swiss made product is a product made to last! With this designation, lasting is the only thing that motivates the consumers. No matter that a watch is made here and there, in such a valley or industrial suburb. What matters is making a sustainable watch, a concept that has been vigorously protected by the Swiss made seal until now.

But, beyond the Swissness pettifoggery shaped as percentages, here is what really matters: a Swiss made watch is a watch that can be theoretically passed down to your children, your descendants, and the future generations. Such storytelling is knocked out by the smartwatch. Indeed, one or two generations later, who wants his grandfather’s watch, running with an old Intel chip, this former Nasdaq star forgotten for many years, swallowed up the same day Google disappeared.

So should we, in the short term, amend the Swiss made rules or is it better to strictly apply them, through thick and thin?

The question has been asked. We will revisit it… (PM) 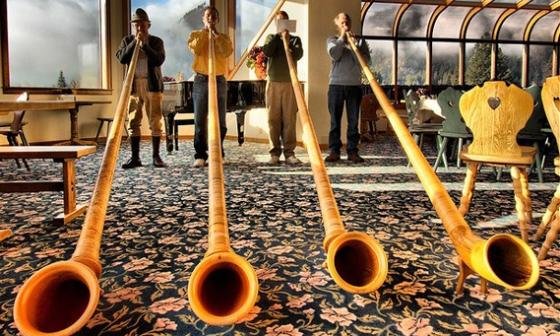