A new startup has reached its funding goal to develop a watch that is the antithesis to the modern smartwatch: a bigger, heavier, and “dumber” watch, made out of marble!

For all you physics buffs out there (surely there must be a few out there?) you might recall what Isaac Newton famously declared: for every action there is an equal and opposite reaction. This is known as the Third Law of Motion, and it is a fundamental tenant of our physical world.

Let’s now apply that law to the watch world. Let’s imagine that the introduction of smartwatches, with their various apps and sensors, are the initial action. What would be the equal and opposite reaction, to counterbalance the force of the modern smartwatch?

A small team might have just provided that counter-reaction. In a watch industry dominated by plastics, metals, alloys, and sensors, a new startup has designed a watch that is made of a natural material that surely won’t be found in a smartwatch. It’s a watch made of marble! 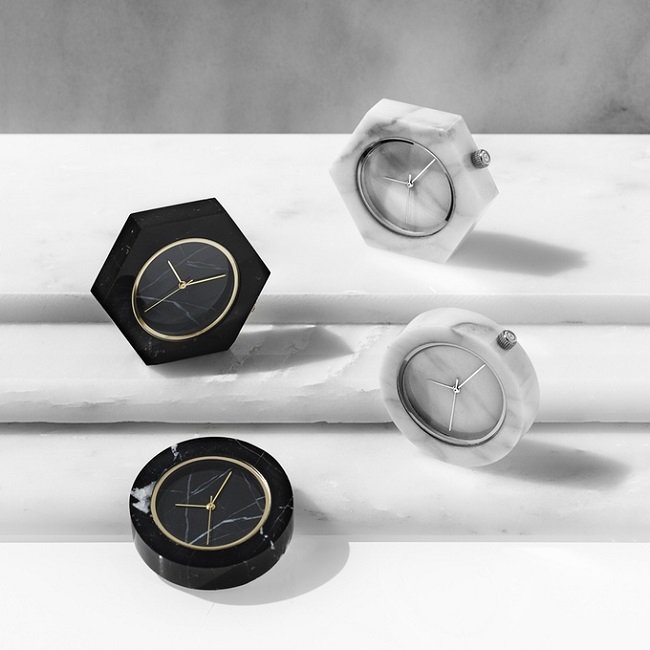 They call it the Mason Watch, most probably because you must be equal parts mason and watchmaker to be able to carve a watch out of stone. The idea behind the watch was to get back to basics of design, no tech and no branding.

As a result, the Mason Watch has no brand logo, which is the pride and selling point for most companies. Rather, the marble’s unique patterns are allowed to shine on their own. And because marble is a natural material, it ensures that no two watches look exactly alike, much like snowflakes. In fact, natural occurrences like snowflakes and honeycombs were the inspiration behind the striking hexagon shape of the case. It also comes in a more classic circle option. 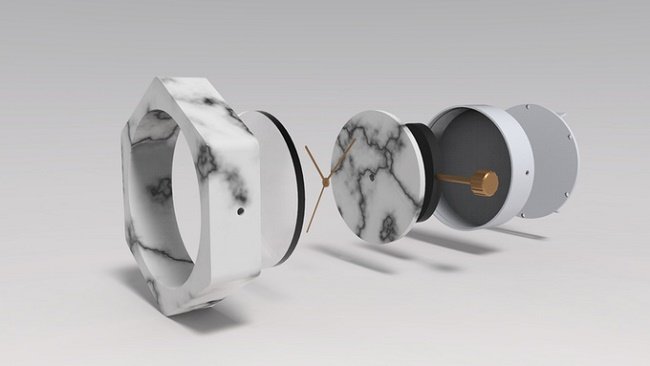 The watch is made of genuine marble, with the exception of the movement

Of course, this project is a one-of-a-kind: no one else has tried to make a watch body and watch dial out of solid marble. The Mason Watch is also adaptable, despite its chunky appearance. The case back and locking mechanism allows wearers to easily swap out the strap without any tools.

But one thing that won’t add additional weight to the wrist is the movement, which is ironically probably the lightest part of the watch. Nevertheless, it’s still a high quality Swiss Made quartz movement that is also gold plated. But the watch itself is probably lighter than you might expect, weighing in at about 56g. 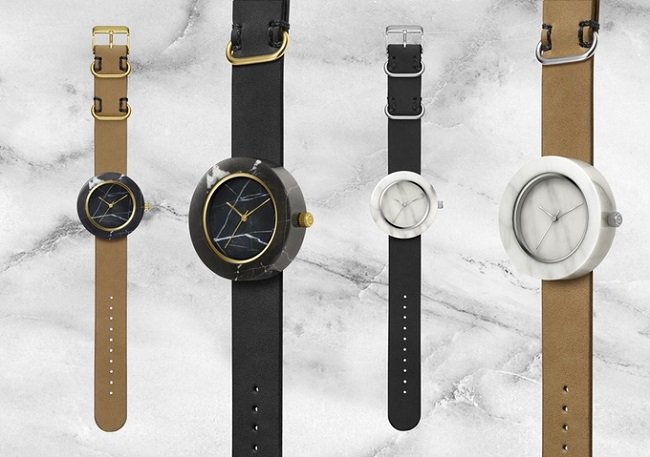 The watch has interchangeable straps

So far, the project has been well received. The project has already surpassed its funding objective on Kickstarter, and you can pre-order yours for $165. And yes, the watch might be dumb as a bricks, but it definitely looks better than them. And it will still tell you what time it is. (VJ)