The Schaumburg MooN Watch wins “Watch of the Year”


The Schaumburg MooN Watch wins “Watch of the Year”

The lunar-phase model boasts a highly accurate and almost lifelike depiction of the lunar cycle. With its 13.5mm display of the moon, it is arguably the world’s biggest and most accurate lunar phase chronometer found in automatic watch.

The 2015 Watch of the Year Award – presented by the Salon Exceptional Watches (SEW) – was awarded to Schaumburg’s MooN Watch Galaxy, after winning the public vote. Among the brands competing for this year’s award were heavyweights like Parmigiani, TAG Heuer, Franck Muller, and Carl F. Bucherer, among others.

So it’s no small feat that Schaumburg would walk away with the prize. Understandably, company CEO Mario Gaspar received the award with great delight, simply stating “We are overjoyed.” But taking a deeper look at the award-winning timepiece, it becomes obvious why they took home the big prize. 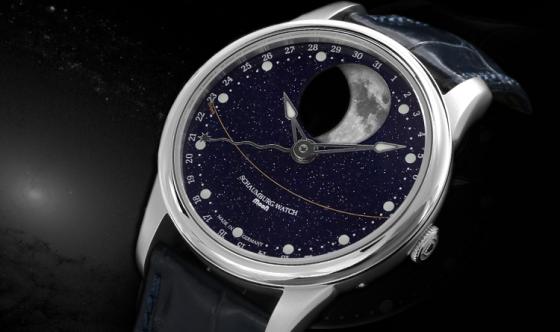 To put it simply, the MooN is a mechanical high-tech lunar phase watch. But that’s not doing the watch justice. Powered by an automatic Swiss made movement wrapped around a 43mm steel case, the watch stands out in particular because of its patented, luminescent lunar cycle depiction on the dial. In fact, the depictions of the lunar cycle are so real that one might think the photos have been photo-shopped.

The attention to detail and precision of this lunar phase watch are unprecedented. The realistic display owes to the fact that it’s not only the moon that moves across the dial, but it also simulates the earth’s shadow on the moon. The moon stays visible on the dial, even during a starlit night when it is a new moon. Similarly, during a full moon its small image on the display shines bright because of its Superluminova A-Grade lamination. This photorealistic depiction, with a size of 13.4mm, is the world´s biggest lunar-phase chronometer to be found in automatic watch. 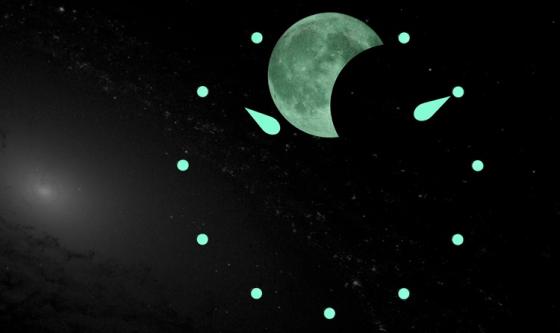 Very complicated wheel work below the dial ensures the high precision of the watch, ensuring its movements are analogous to the daily divergence of the moon rises, low and high tide, which occur daily about 50 minutes later. The watch also hides an innovative minute wheel system that allows the lunar phase to be depicted on the right or left side, for the northern or southern hemisphere of the moon, according to latitude.

Such complications allow for the almost absolute precision of this MooN chronometer. If left unadjusted, the depicted moon cycle on the watch will differ from the real moon cycle by just one day over the course of 122.5 years! Of course, the model also allows for up-to-the-minute adjustment of the lunar phase on the dial. The correction button near 8 o´clock allows a minutely detailed rotation of the shadow of the earth above the moon, so that a full moon can be exactly adjusted. 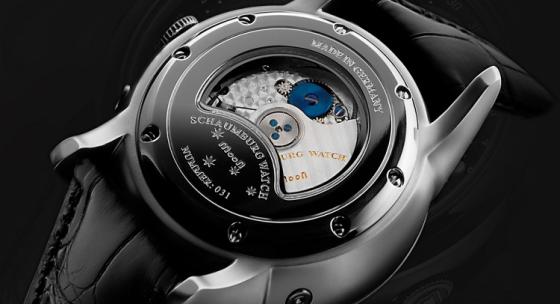 The phases of the moon influence our daily lives without us being aware of them. Perhaps that is why we a witnessing a bit of a renaissance in lunar models recently. According to the brand, “in our modern life we are far away from living according to the natural light and tide rhythms, so that we need a lunar-phase-watch to become aware of the current phase of the moon.”

As a result, moon-phase watches have always been a topic for Schaumburg Watch, with the objective to produce the most realistic and precise lunar phase chronometer. Among other similar models, the Schaumburg MooN Watch Galaxy stands out from the crowd, boasting high precision and such a realistic depiction of the moon that it almost seems unreal.