As the 14th edition of the Opus collaboration by Harry Winston, this exceptional new timepiece is inspired by a symbol of the 1950s: the jukebox. The perfect complement to the presentation of the new timepiece, recording artist Robin Thicke was also announced as the brand’s first ambassador.

Harry Winston’s collaboration with independent watchmakers through its Opus journey began in 2001. Since then, thirteen new models have been produced. As the latin word for artistic and creative work, the Opus name for the series perfectly captures what they are all about: presenting an innovative way to read the time that pushes the limits of the imagination. 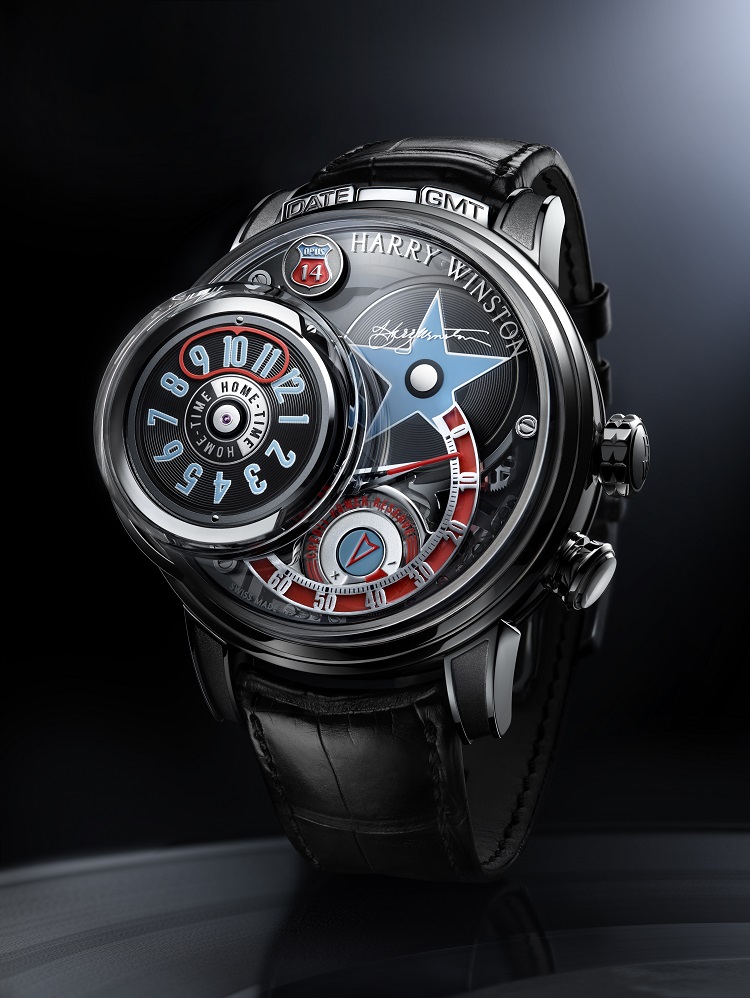 This year, Harry Winston Timepieces has written the fourteenth chapter in this unique saga, by partnering with visionary watchmakers Franck Orny and Johnny Girardin. Code named the Opus 14, this latest addition to the collection – which is limited to only 50 pieces - is inspired by a music icon: the jukebox.

In both its design and its automaton complication, this new creation evokes a jukebox. From an aesthetic point of view, the 54.7 mm watch struck in 18K gold recalls the rock ’n roll era and the emblematic all-American diner, as well as the legendary Route 66 motorway. 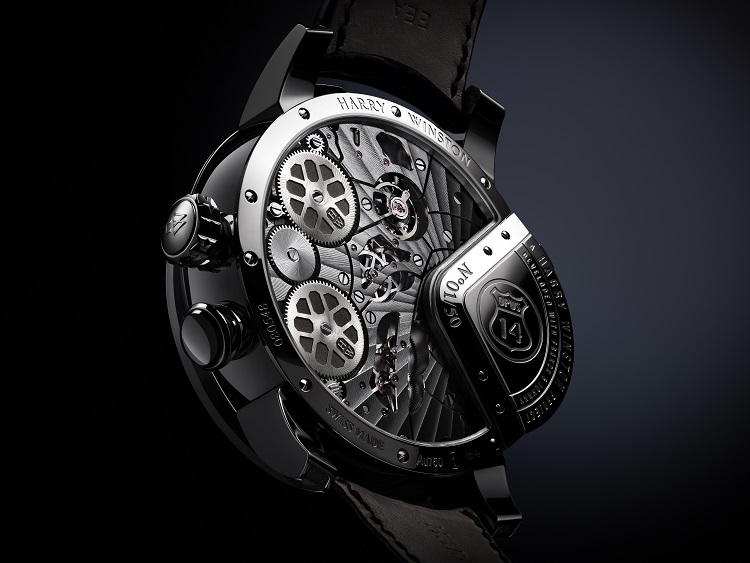 This 1950s spirit is infused throughout the timepiece, including the stylized display of the local time at 9 o’clock, the vinyl-style finishes on the various dials, the two-toned insignia bearing the number 14, and the shaded red of the retrograde minutes arc.

The mechanics of the Opus 14 are also inspired by the jukebox, only in miniaturized form. The patented complication reveals four disks housed in a store, each showing a specific display: local time, GMT time, the date and a star bearing the signature of Mr. Harry Winston, a reference to the stars of the Hollywood Walk of Fame. 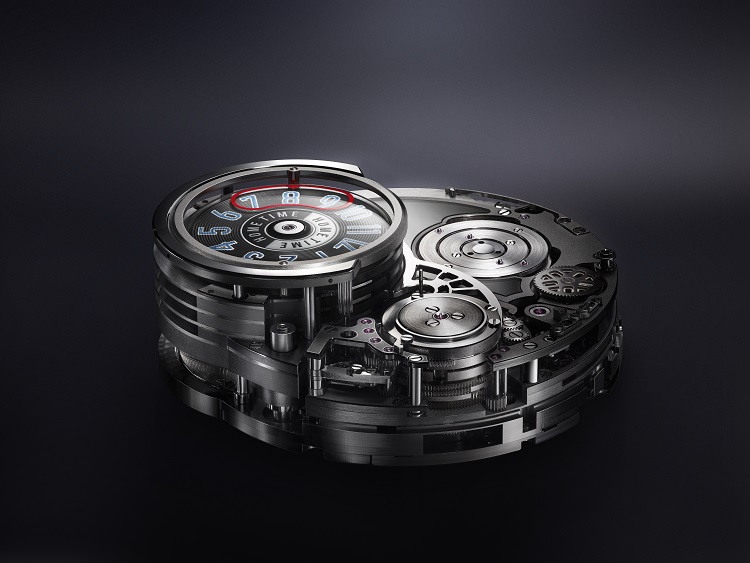 Just like when selecting a record in a jukebox, activating the selector located at 9 o’clock on the edge of the case chooses the desired display. This action sets the entire store into an up and down motion, thus freeing the selected disk. When pressed for the first time, the push-piece at 4 o’clock activates a moving arm that picks the disk up and sets it onto the platform to be read. Pressing the push-piece a second time once the disk is in place reactivates the arm, which moves the disk back into the store.

To give an idea of the complexity of this movement, it is made up of 1,066 components, only 124 of which are jewels! But its complexity will not prevent it from ending the party early: one power reserve ensures up to 68 hours of timekeeping autonomy, while the other power reserve guarantees up to five back and forth disk movements, both of which are driven by the same winding mechanism. 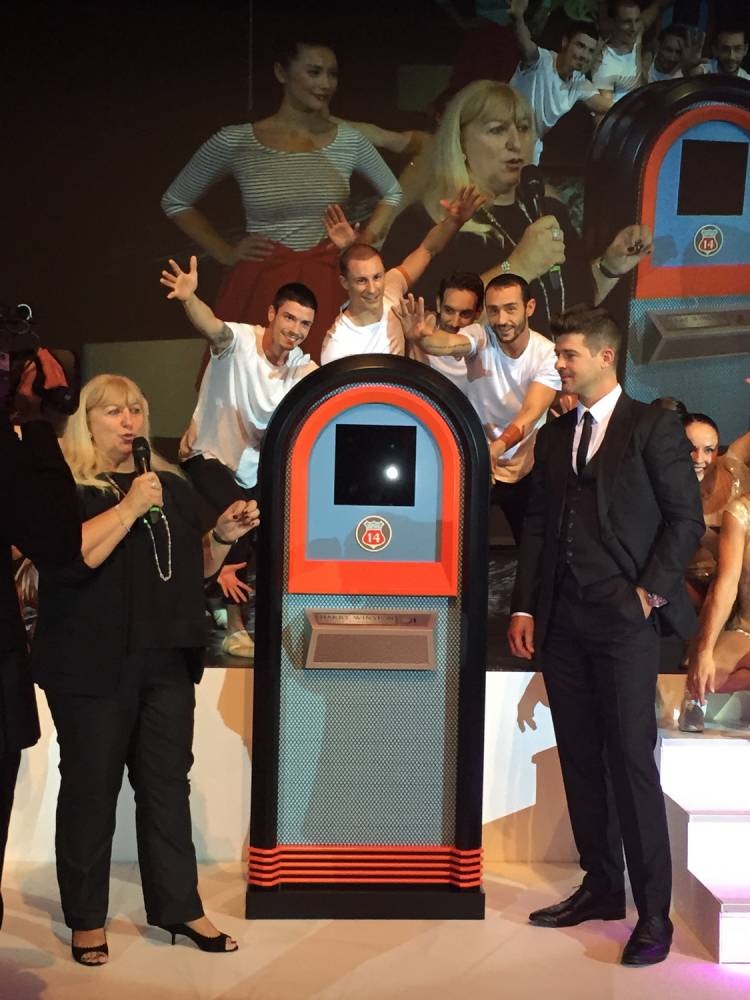 The presentation of the Opus 14 this week was also the opportunity to present singer and songwriter Robin Thicke as the new ambassador of Harry Winston timepieces. As the first ambassador for the luxury jewelry and watch brand, Thicke appears to be the ideal celebrity to represent the Opus 14, with his soulful and rhythmical music and personal style which evokes the spirit of the jukebox’s heyday.

As the expression of creativity and artistic work, the partnership between fine watchmaking and fine music that has produced the Opus 14 ensures that the new timepiece truly lives up to its name.