Joining forces with independent Irish watchmaker Stephen McDonnell, horological lab MB&F has completely reinvented the perpetual calendar complication as we know it. The stunning new Legacy Machine Perpetual is an example of genius at work, limited to just 25 pieces in red gold and 25 pieces in platinum.

The LM Perpetual project began with a meeting between Maximilian Büsser and independent watchmaker Stephen McDonnell, who had also been instrumental in the realisation of MB&F’s very first timepiece, the Horological Machine No.1. The collection pays tribute to 19th century watchmaking by reinterpreting complications from the horological past and re-creates them as contemporary masterpieces. This time around, the inspiration was the perpetual calendar. 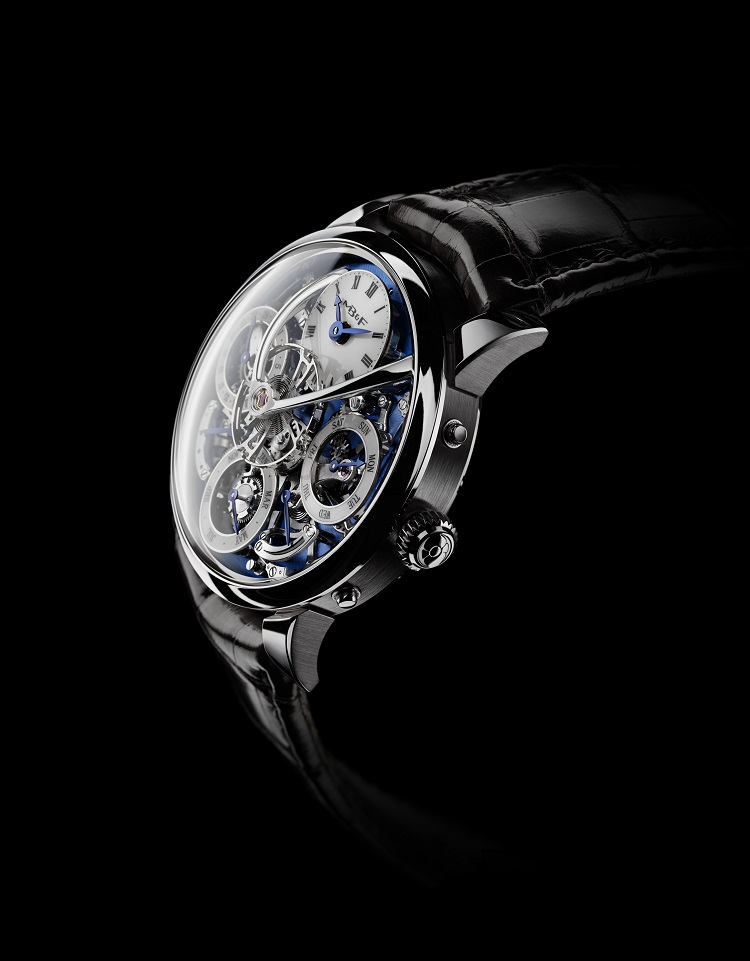 As on the of the most traditional complications, the perpetual calendar is around 150 years old. The complication accommodates the complexity of the varying numbers of days in each month, including leap years. But since its invention, perpetual calendars have surprisingly not evolved much. And they have a few drawbacks, too. Their mechanisms start with a 31-day month as the default and basically fast-forward through the extra days of shorter months. They are also notoriously fussy for instance if they are adjusted at the wrong time, as Maximilian Büsser himself explains:

“I call perpetual calendars boomerang watches because they come back for repair so often. The mechanisms jam, block, break, or jump days when they shouldn’t.” 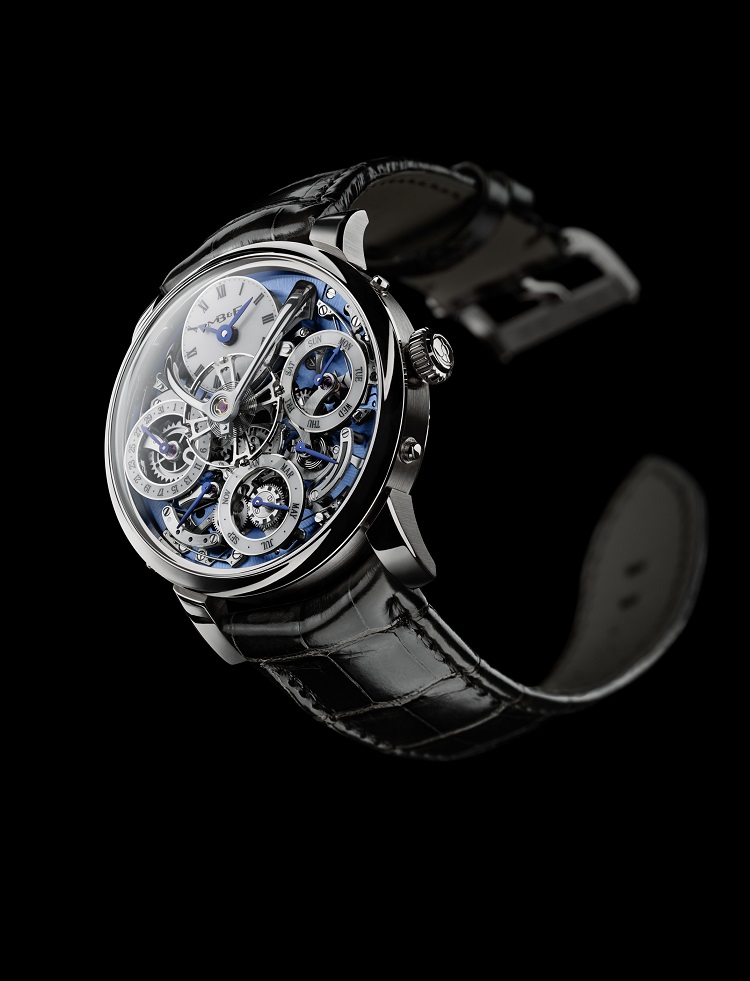 The new Legacy Machine Perpetual is effectively a fool-proof perpetual calendar, albeit a stunning example of one. No more skipping dates or jamming gears, and the adjuster pushers automatically to deactivate when the calendar changes, meaning the mechanism will not be damaged when adjustments are not done the right way.

McDonnell’s genius is particularly evident in this creation. To power the LM Perpetual, the self-taught movement designer – who hails from Northern Ireland - conceived and produced a fully integrated 581-component calibre entirely from scratch. In fact, the LM Perpetual turns the traditional perpetual calendar system on its head by using a “mechanical processor” instead of the conventional space-consuming grand levier (big lever) system architecture. 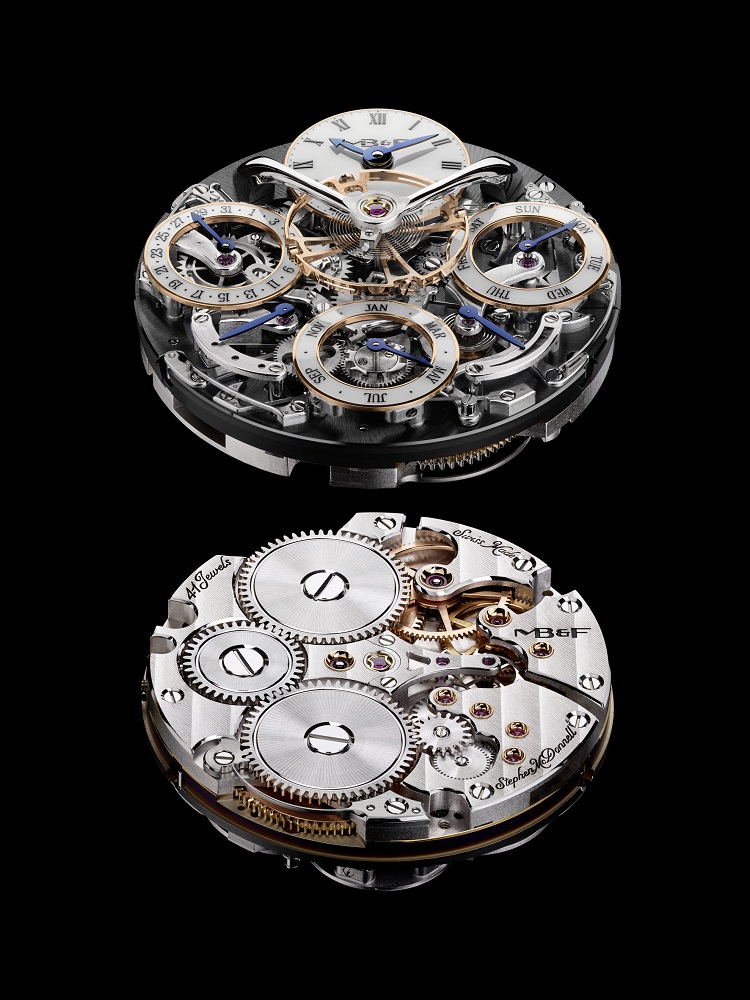 Consisting of a series of superimposed disks, this patented mechanism utilises a default 28-day month and adds extra days as required, as opposed to subtracting extra days like traditional perpetual calendars. This means there is no fast-forwarding or skipping redundant days, and there is even a dedicated quickset pusher to adjust for leap years.

Of course, it wouldn’t make much sense to develop a revolutionary new mechanism and then simply hide it beneath the dial. And therein lies the design acumen of McDonnell: not having a grand levier frees up the centre of the complication, allowing for skeletonised sub-dials to rest on hidden studs in the dial without blocking the movement of the mechanism. 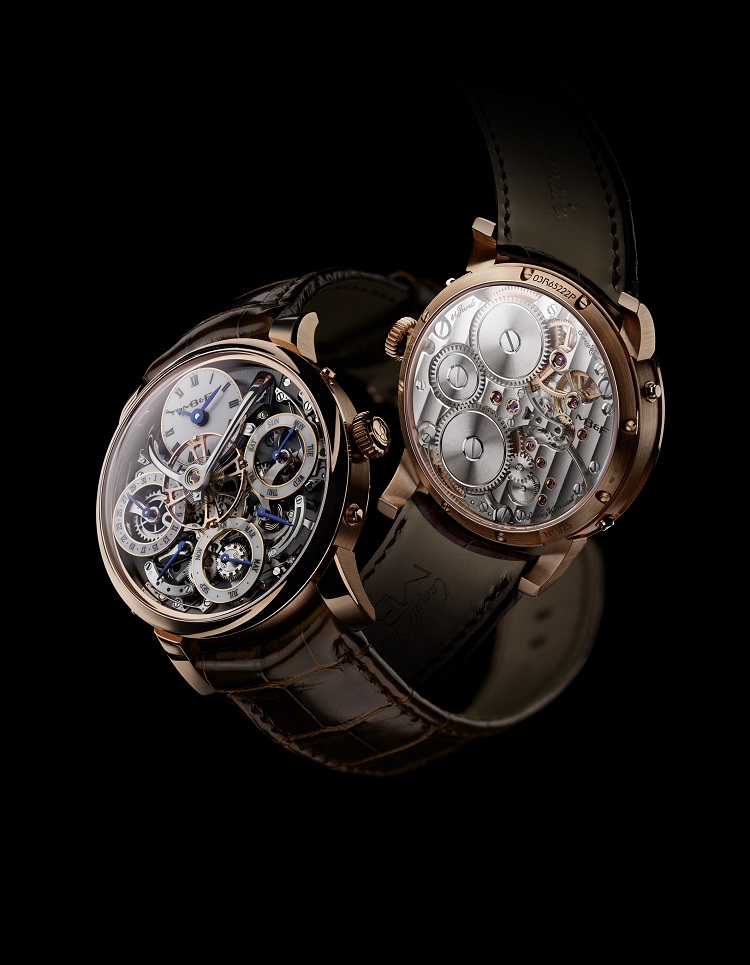 Using an innovative system, the sub-dials appear to float above the movement with no visible attachments. But what really steals the show is the spectacular suspended balance, which is controlled by the innovative mechanical processor.

The new complication of the Legacy Machine Perpetual can therefore be fully appreciated dial-side, showing us just why the watch is the personification of complexity, simplified.