The Swiss watchmaker celebrates the grand opening of its new boutique in Beijing with the release of the Spirit of Big Bang Bruce Lee Be Water limited edition wristwatch. Unfortunately the second timepiece tribute to the legendary icon doesn’t have too much new to offer.

Hublot held a grand opening ceremony on March 1st, 2016 to celebrate its new boutique in Beijing, China. No doubt with the ambition to export more of its Swiss-made watches to the Chinese market, the main attraction during the opening ceremony was actually one of China’s greatest exports: Bruce Lee.

Maybe the most influential superstar hailing from China, Bruce Lee was the embodiment of the fusion of East and West. After all, he was the one responsible for bringing martial arts and washboard abs to the movie screens in Hollywood, and the West. 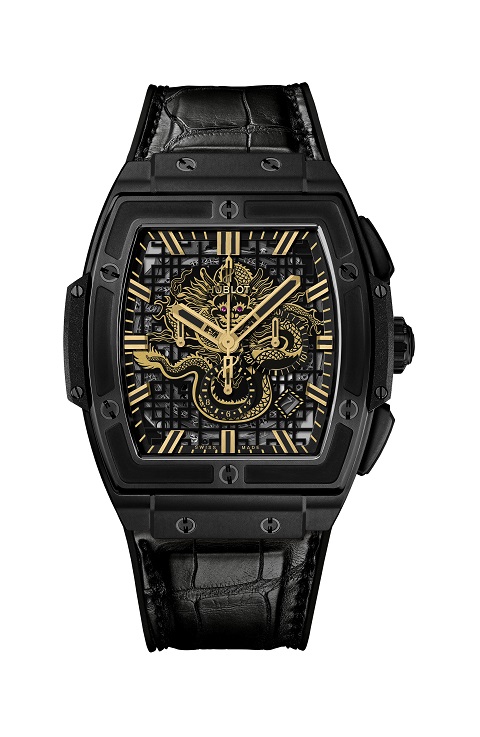 Hublot also fancies itself as the representation of fusion, in this case combining tradition with modernity in watchmaking, connecting the past with the future and paving the way as an industry pioneer. So to mark the the 75th anniversary of the film star’s birth, the Swiss watchmaker already produced a limited edition Bruce Lee inspired collection as part of its Spirit of Big Bang series last year. Sporting a detailed dragon motif on the dial, the watch honoured Bruce Lee’s famous logo, which was made famous with his classic martial arts film “Enter the Dragon.” 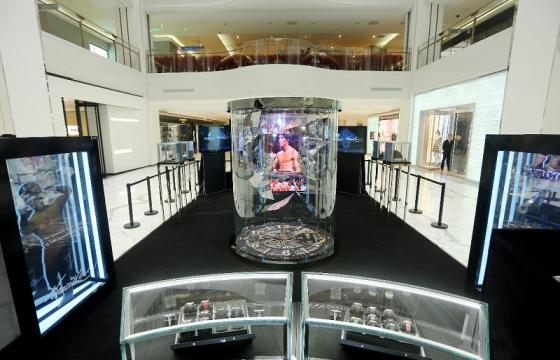 The partnership between Hublot and the Bruce Lee Foundation has now continued. This time, the focus was on Lee’s ideas and his philosophical side - one of the reasons why people still hold him in high esteem today. As part of the grand opening in Beijing, Hublot launched a memorial exhibition entitled “Be Water, My Friend” after a famous TV quote by Bruce Lee:

The special exhibition displays precious items that Bruce Lee owned himself, as well as a variety of Hublot limited edition timepieces. A new watch was also released as part of the exhibit, the Spirit of Big Bang Bruce Lee Be Water Limited Edition. 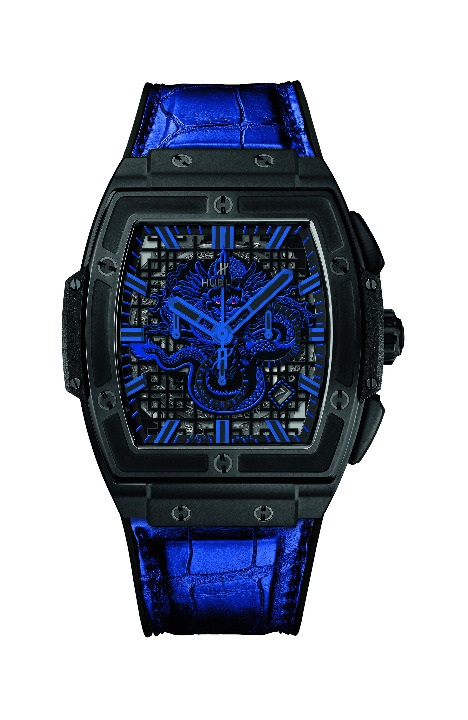 Much like the previous Bruce Lee inspired model, this one also features the intricate dragon pattern on the dial, only this time it’s in blue. The 100 piece limited edition watch features the familiar tonneau case in all-black microblasted ceramic. It is powered by the HUB4700 – an automatic winding skeletonized movement with a 50-hour power reserve. Again recalling Bruce Lee’s philosophy of water, the strap is made of blue alligator leather sewn on natural rubber. 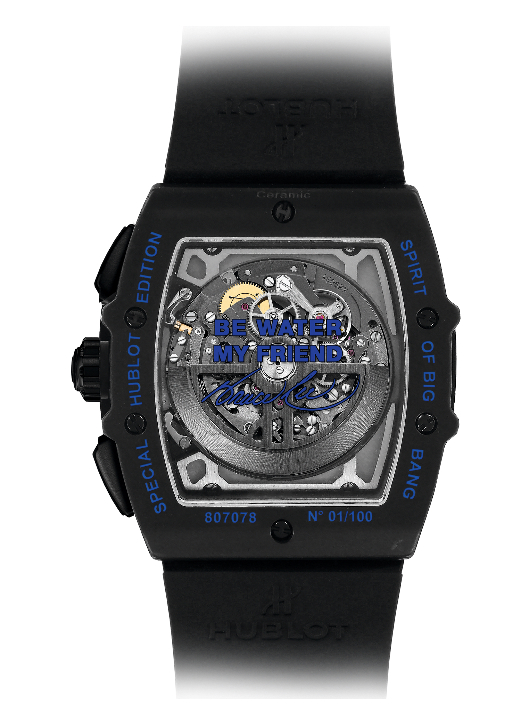 It has been said that the key to immortality is being remembered. But the new Spirit of Big Bang Bruce Lee Be Water Limited Edition might just be remembered because of its precedesor. The new watch doesn’t differ all too much from the 75th anniversary model that was released last year. The main difference, of course, is the blue coloured water motif on the dial and strap. Actually, the bigger achievement with the lauch of this watch is probably the new opening of a Hublot boutique, and what that means for the brand’s Chinese market presence.