The watchmaker has found its match in the automotive world. Parmigiani Fleurier has continued its partnership with luxury carmaker Bugatti, releasing the new PF-Bugatti 390 Concept Watch, a timepiece inspired by the new Bugatti Chiron super car.

Geneva is playing host to the International Motor Show 2016 this week. In many ways, it’s the car equivalent of Baselworld; the biggest motoring show of the year, where the biggest automotive brands presents their best creations.

The undisputed star of the show in Geneva this year was Bugatti. The carmaker released its new Chiron, which is the perfect embodiment of fast and furious. Luxury watchmaker Parmigiani Fleurier was front and center during the presentation of the Chiron, taking the opportunity to match the marvelous super car with a new watch: the PF-Bugatti 390 Concept Watch. 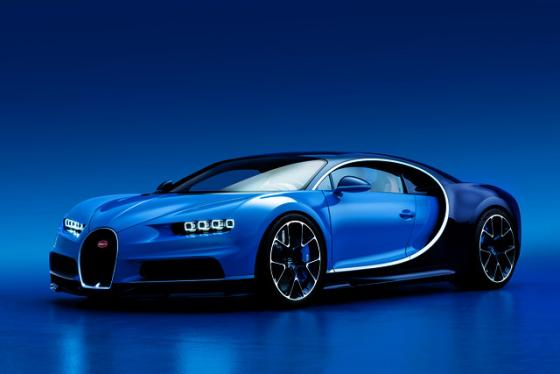 By the looks of it, it’s a match made in mechanical heaven. Both companies have Italian-sounding names, although Bugatti is actually owned by German powerhouse Volkswagen, while Parmigiani hails from Fleurier, Switzerland. But they have more in common than just the way their names sound; both brands are at the zenith of exclusivity, performance, and naturally, price. 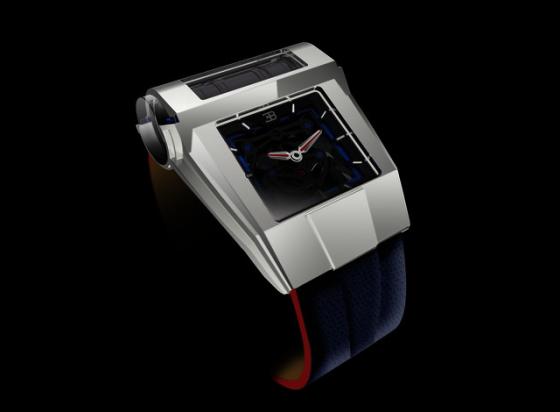 The Bugatti Chiron’s price tag is somewhere in the region of $2.6 million. And if you ask most car enthusiasts, the car is well worth the price. Bugatti overtly focuses on an elite customer base, and the price is probably a point of pride for the brand. For your many millions, you get a quadruple-turbocharged 8-litre engine that can reach speeds up to 420kph, and that speed is actually limited by the car’s computer, just to save the car’s tires! Clearly, the new Chiron is exotic in all senses of the word. 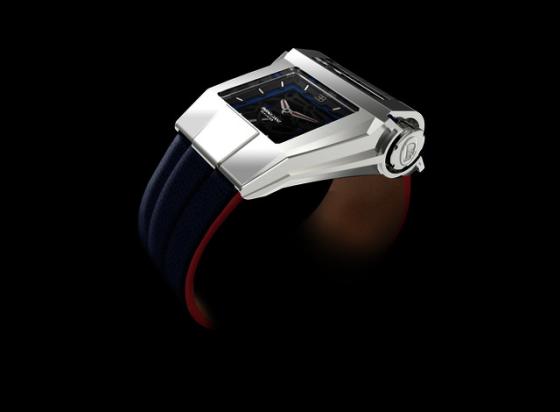 On the watchmaking side, Parmigiani Fleurier shows similar tendencies. The brand is already known for its hand-made watches made of precious materials, produced in limited editions to ensure exclusivity. And the new PF-Bugatti 390 is next in a line of Bugatti-inspired timekeepers produced by the Swiss brand. 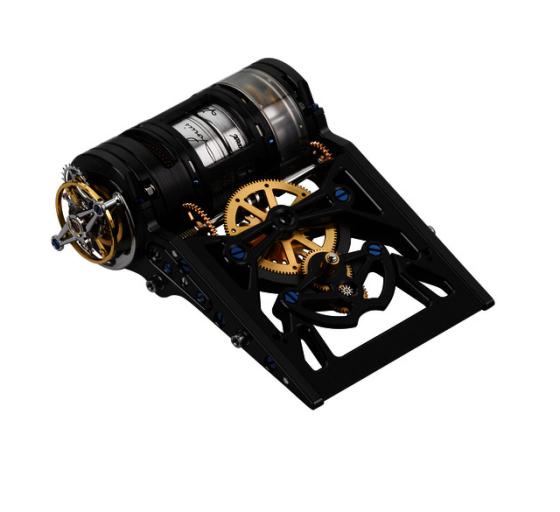 The watch is inspired by the Chiron’s power-plant, replicating the design of the car’s motor-bloc on the wrist. Its coaxial structure splits the functional sections of the movement into separate compartments, which interact just like the internal combustion engine of a car.

Similar to the power thirsty Bugatti car – which has two fuel tanks – the watch houses two barrels to ensure a constant supply of power to the watch’s engine. And like most of the exotic watches out there today, we also get a 60 seconds flying tourbillon in this timepiece, operating at a rare frequency of 4 Hz and ensuring high accuracy. 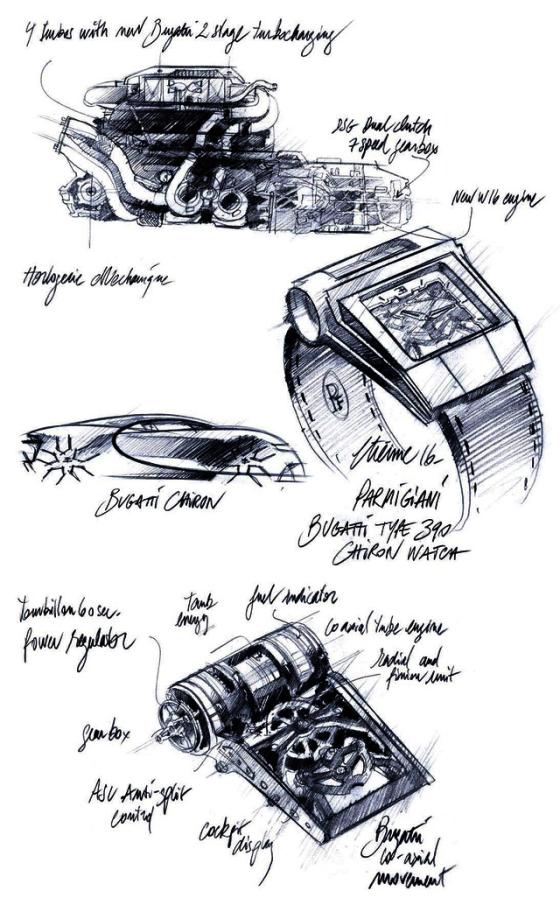 The attention to design is unparalleled and unequivocally car-focused on this watch. Similar to previous driver’s watches by Bugatti, the PF-Bugatti 390 face is placed in a slanted vertical position on the case front to make the watch more easily readable even while driving. And who could blame them; after all, it’s hard to tell the time when you’re flying down the road at 420kph in a Bugatti!