Baselworld is a real labyrinth


Baselworld is a real labyrinth

Hautlence has released an entirely new complication in a timepiece – an outdated game! The Hautlence Labyrinth is certainly complicated, but it’s not really a watch. So what’s the point of it all?

If you’ve ever had the pleasure to attend the Baselworld fair, you know the value of brining comfortable shoes. The place is a proper Labyrinth. And by the time you get your bearings, the week is almost over.

In an apparent move to replicate the mazy corridors of Baselworld, Hautlence has released a new, limited edition timepiece, called the Labyrinth. Two caveats: it’s not really a timepiece, since it can’t tell the time, and it was actually inspired by those old-school maze ball games that newly appointed CEO, Sandro Reginelli used to play as a kid. 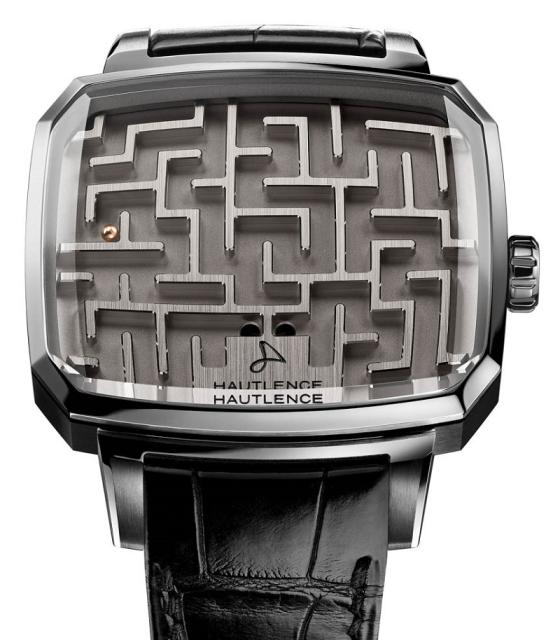 So why spend around 12,000 Swiss francs on something that can’t really tell the time? Well, you would certainly have a conversation piece, because the luxury bracelet – a more fitting word to describe it than “timepiece” – is truly unique.

But after that conversation is over, the next question would be: does anyone really need it? Probably not. Unless they just want to make a statement about their nostalgia for childhood games, and of course their frivolous spending.