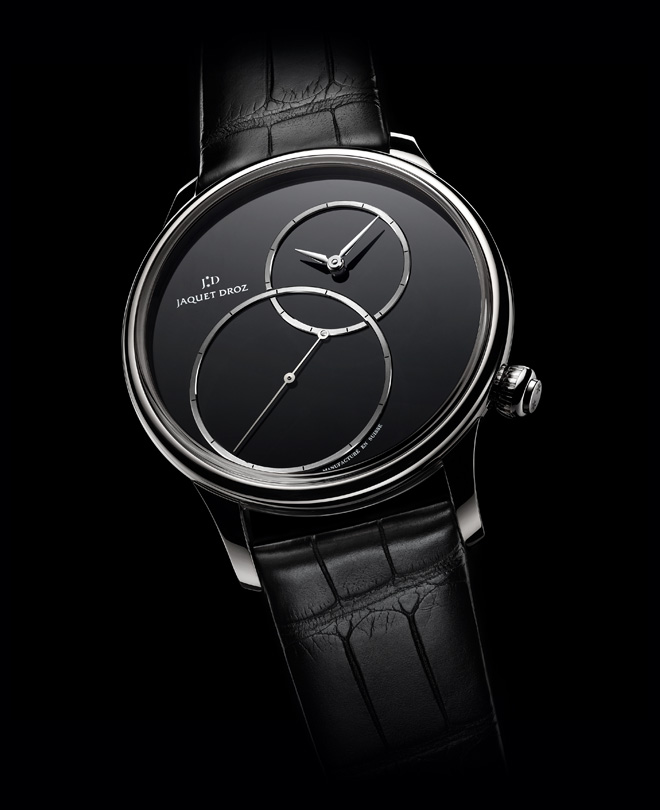 Originally designed in the eighteenth century by Pierre Jaquet-Droz, the Grande Seconde has never ceased to reinvent itself, balancing a sense of history with modern elegance. For this supremely sober interpretation, Jaquet Droz has revisited the “figure 8” aesthetic by offsetting the seconds and, at the same time, enveloping the two interlocking rings in an air of mystery. Presented for the first time in a 43 mm steel case, the Grande Seconde Off-Centered amplifies the intensity of black with an onyx dial that has been cut and polished, in the grand tradition of mineral dials by Jaquet Droz.

Having scolded a frightening “Grrrrr!” then howled an “Awooooo” to the moon, Hermès pushes a wild ““Aaaaargh”! The horological bestiary of one of the only luxury (...)