Watch of the day: Fugaku Tourbillon Limited Edition by Credor


Watch of the day: Fugaku Tourbillon Limited Edition by Credor

Seiko has launched its first ever tourbillon model at Baselworld - a new masterpiece from the Credor division - featuring intricate three-dimensional engravings.

I have the suspicion that watch brands think they won’t be taken seriously unless they have at least one tourbillon model under their belt. At least that might explain why we’re seeing many more tourbillons on the market, especially by brands trying to stake their name in an already competitive field.

Sure, a tourbillon will add accuracy to a mechanical movement - a level of precision which is more often than not superfluous for the average user. But still, the big names of the watch world continue to release them, with a hefty price to match.

Seiko has already been hanging with the big boys of traditional Swiss watchmaking with their Grand Seiko collection. And now, they too have taken the road often traveled by releasing its first ever tourbillon model at Baselworld 2016. 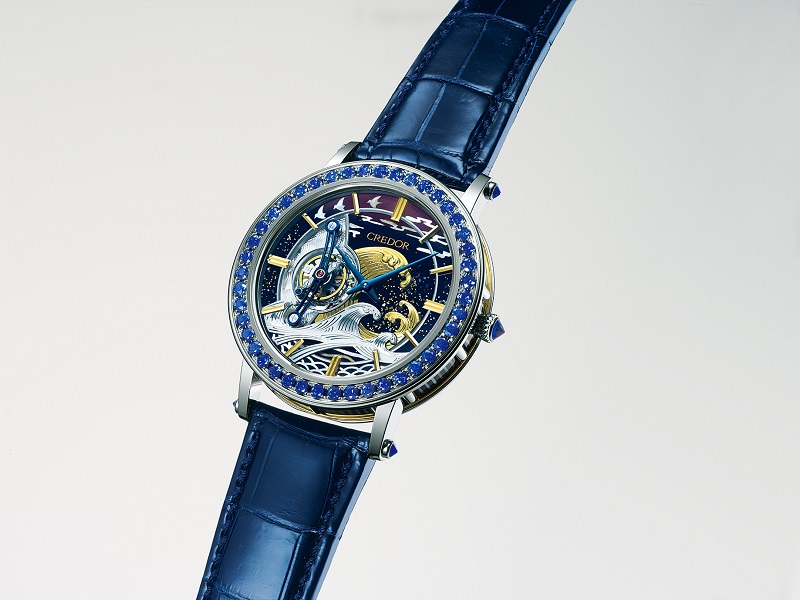 The Fugaku Tourbillon Limited Edition – launched as part of Seiko’s Credor brand – honours the staple of modern day watchmaking by producing the world’s smallest tourbillon by volume according to the brand.

The new Calibre 6830 mechanical movement is based on the ultra-thin Caliber 68 family. As a result, its base is a mere 1.98mm thick. Including the carriage - or cage of the tourbillon - the whole movement measures in at an impressive 3.98mm in depth. Not just the size but the weight of the watch has also been reduced with the use of titanium. 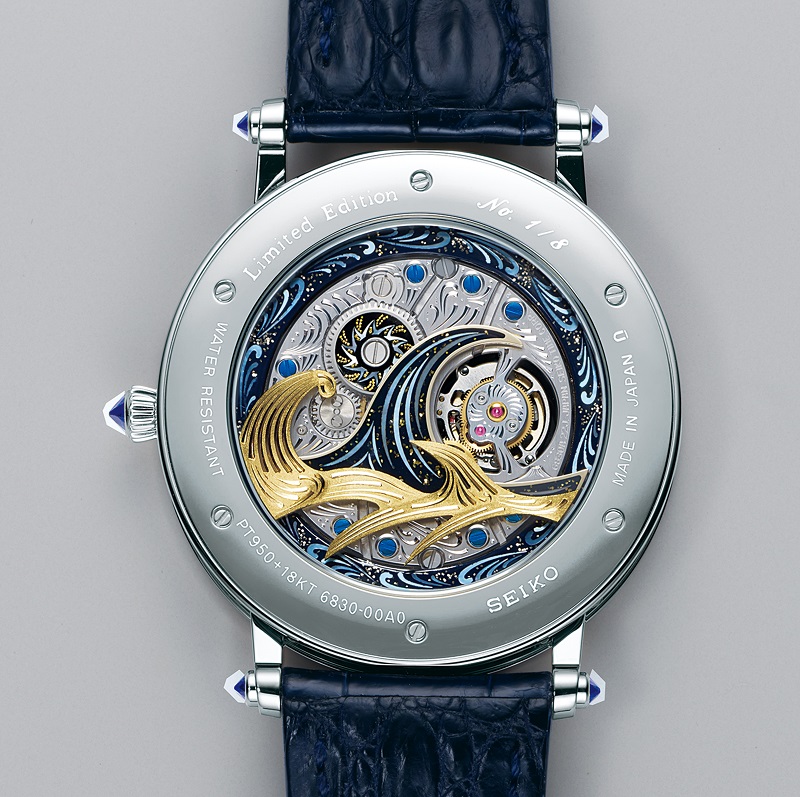 The watch’s other design elements and finishing are equally impressive. Paying homage to art from the 19th century Edo period, the watch depicts “The Great Wave” by Hokusai. The delicacy of the engraving on both front and back is extraordinary, truly breathing three-dimensional life into the wave.

Dominating the scene, the 18k yellow and white gold wave is 1.6mm at its thickest and 0.5mm at its thinnest. On the reverse, the balance wheel bridge is the outline shape of Mt. Fuji, which is central to the world’s view of Japan today. In fact, that’s where the watch’s name comes from.

The masterfully engineered and finished watch is released in a limited edition of 30 timepieces, available at Seiko’s boutiques. Welcome to the “tourbillon club”, Seiko!