Ollivier Savelli’s new watch brand is all about speed, oil, and butterfies


Ollivier Savelli’s new watch brand is all about speed, oil, and butterfies

The independent craftsman – who also boasts over 25 years experience in jewellery – has launched a popular line of timepieces inspired by life’s common objects, like speed, petroleum and butterflies.

For Ollivier Savelli, watches are pieces of art, a source of emotion. The French-born craftsman with an artist’s soul has over two decades of experience in high-end jewellery under his belt. Eventually, he took that passion and those experiences in the jewellery world to the realm of haute horlogerie.

After holding several leading positions at well-recognized Swiss watch brands – we won’t name names here– he set off on an independent journey, establishing watchmaking brand Ollivier Savéo in Geneva in 2015. And in the new business venture his 25+ years of experience in traditional jewellery, working with precious metals and finely arranged stones, definitely shows.

As a relatively small company, limited production runs imply exclusivity. At Ollivier Savéo there is no mass production – only the release of limited edition pieces using unique materials and depicting special motifs, for preferred customers. 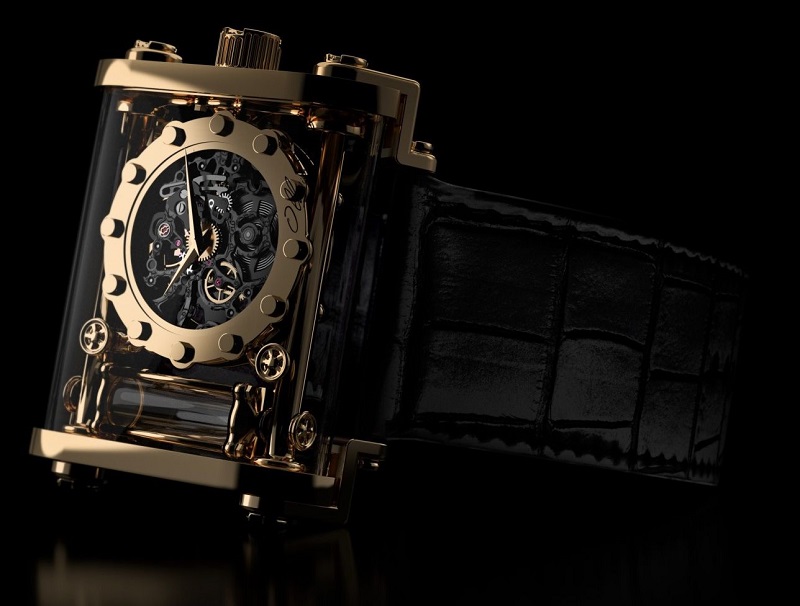 And for an upstart, you wouldn’t usually expect much from the debut watch models. But Ollivier Savéo challenges that convention, releasing one of a kind pieces for both men and women.

On the men’s side, the themes couldn’t get manlier: speed and oil! The Petroleum timekeeper, for example, is a 33 pieces collection, inspired by the life blood of our industry – oil. The Swiss made skeleton movement represents traditional accuracy. The hermetic ampoule on the side – which holds a sample of “black gold” - represents the force and fuel behind our modern industry. But despite its rugged inspiration, the finishing on the watch it top notch.

Under the hood we have a Selita SW300 26 jewel movement, which is a bit of a compromise, if we’re honest. For a timepiece that retails starting at around CHF 80,000, we might expect more mechanically speaking - perhaps even a tourbillon. 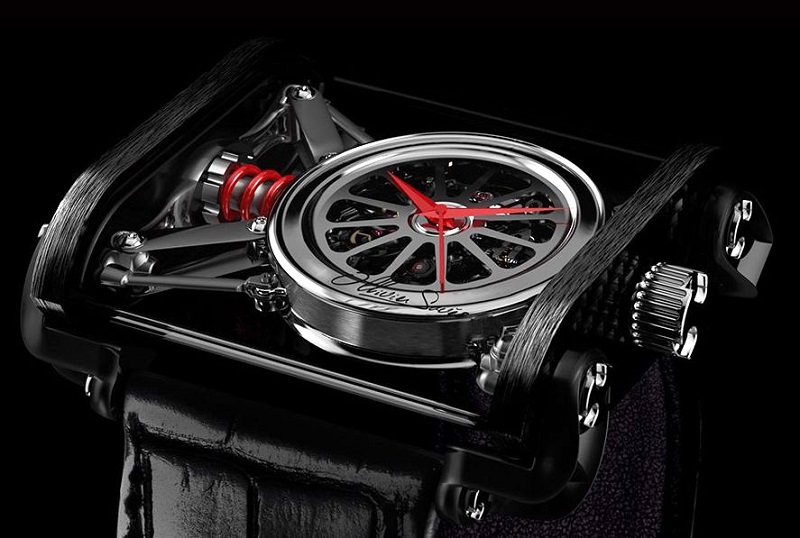 Another collection with similar upside and downside is the Speed series. Limited to 33 pieces, the Speed watch is decorated by scenery inspired by motorsports. The combined black background and red hands will satisfy anyone like me, that likes a bit of sharp but subtle contract on the dial.

But don’t let Ollivier Savéo focus on speed and oil mislead you to think the brand can’t appreciate the finer things in life. After all, the brand founder does have a wealth of experience in the fine jewellery world.

For the ladies, the brand has released the Butterfly series, a stylish and exclusive collection that displays a tree in bloom where a butterfly takes refuge. The watch features pink sapphires – all of 0.37 carats – and a series of forty-four blue sapphires as part of the wings of the butterfly, for a total of 0.80 carats. 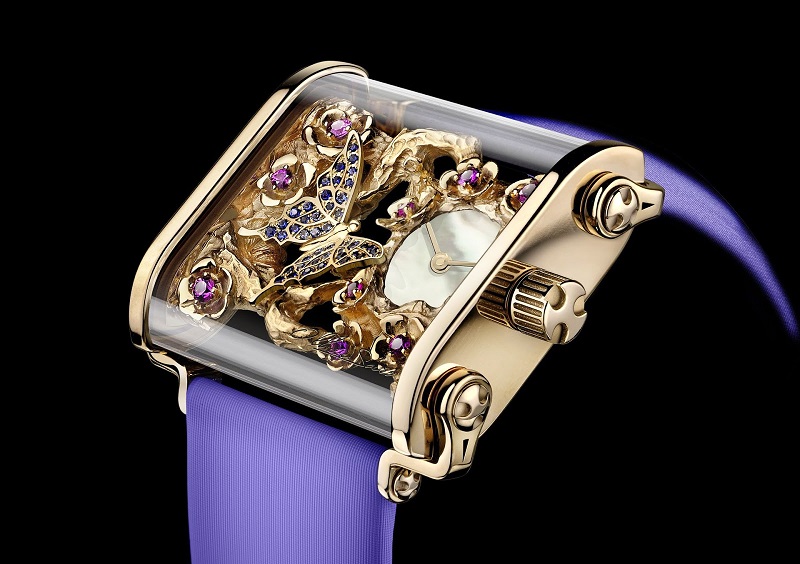 As with the men’s watch, again the movement might not do the Butterfly watch justice – this time we have a Swiss-made quartz movement inside. But still, the watch is a decent example of technical execution and unique style.

After about a year in business, the idea behind the brand seems clear. So is the style for all the watches – mostly sporting squared off dials with intricate, jewellery-like motifs. Although Ollivier Savéo pieces might cost so much that they price out many consumers, they definitely offer the unique conversation starters that are highly desired by an elite clientele.