Part watch, part accessory, this latest offering by the French brand delivers a lot at a great price, but some questions might still remain.

Relative newcomer to the world of watchmaking Griffin Emblem believes that a watch should be "the only accessory on the wrist”. So far, they have released two previous models online, relying on crowdfunding to kick things off. 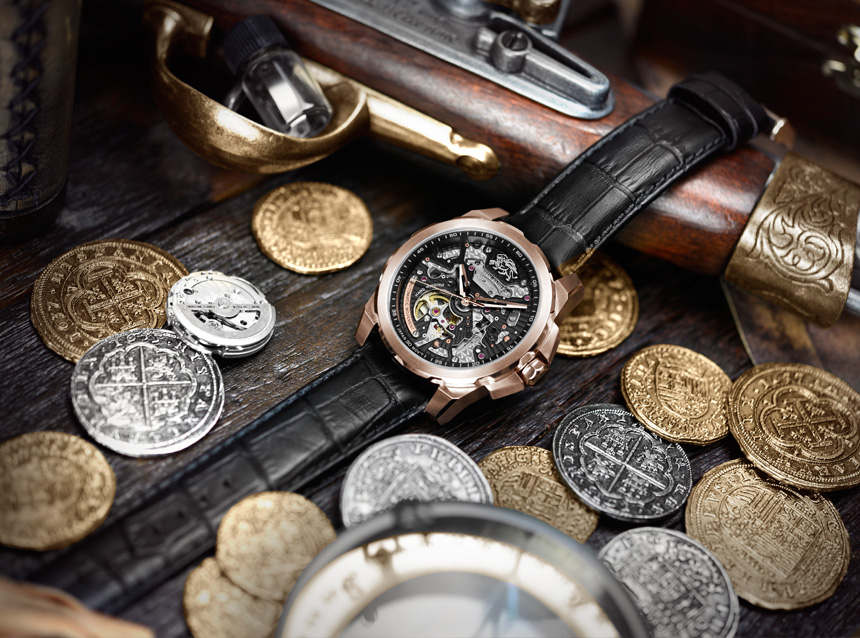 The first campaigns were relatively successful, although there was not much variance between the two earlier models, which is not necessarily a bad thing.

Their latest release, a skeletonized model, also tries to follow the brand philosophy, being equal parts reliable timepiece and work of art on the wrist. 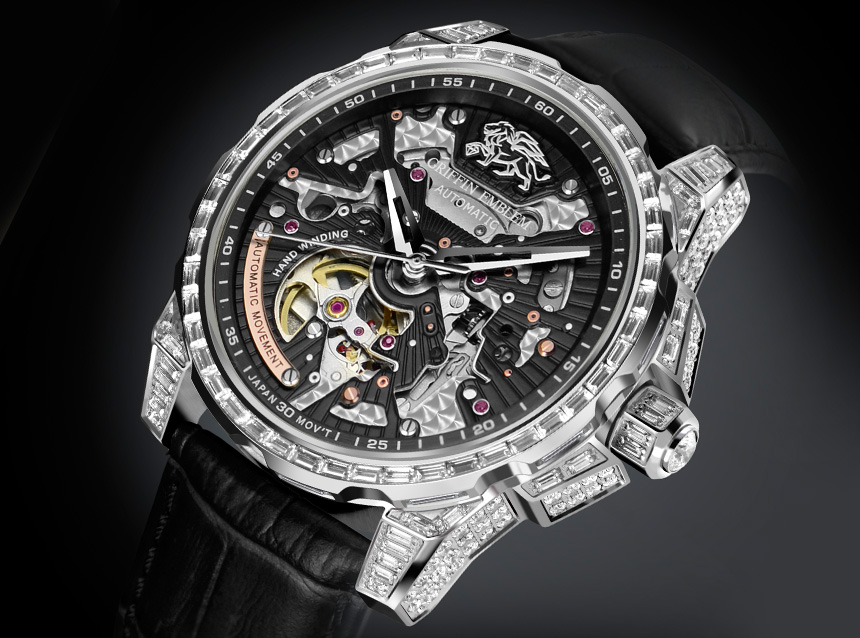 In terms of aesthetics and design, the watch raises expectations at first sight. The 45mm stainless steel case is on the large side, but that could be a good thing when the focus is on showcasing the inner workings of the watch. Various stylistic embellishments are integrated into the watch, one of which is an optional metal plate which screws in to the left part of the case and allows users to personalize the watch by carving a name or other words.

The brand’s logo – a griffin - is proudly displayed on the dial. At the risk of nitpicking, a griffin has the body of a lion and the head and wings of an eagle. What we have here is a winged lion, but that can definitely be excused given what else this watch brings to the table.

Different polish effects and other metal accessories can be applied in the watch to add more styles, including Swarovski crystals. Coming with standard sapphire crystals with reflective coating and a leather strap, the fact that these very attractive watches start at only 395€ is quite impressive. In fact, it’s probably near the bottom for automatic skeletonized models.

So how can they pull it off? 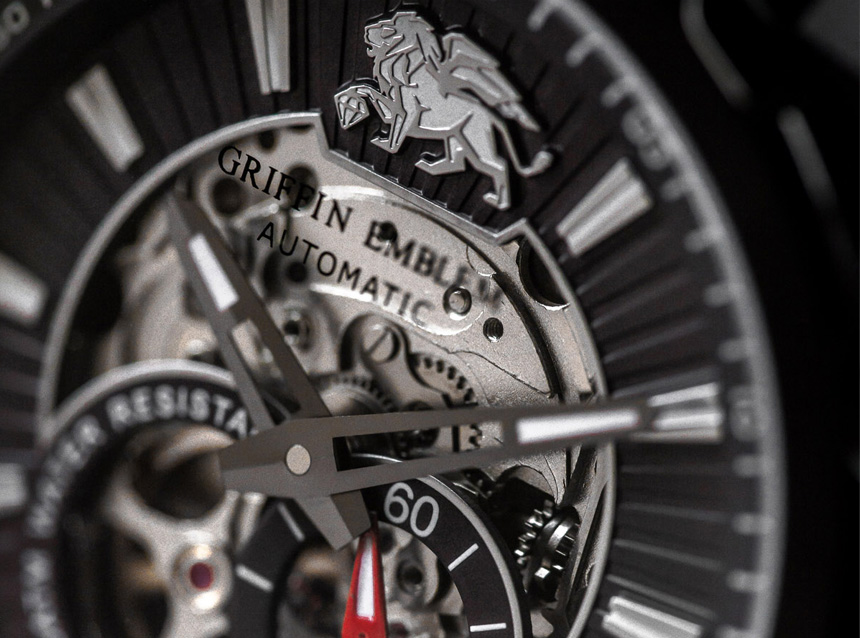 Well, on the inside we have a Japanese made Miyota 82S series movement, which offsets some of the costs. It’s not Swiss, but it’s not a bad movement at all. Actually, one might expect to find a quartz movement inside at the price point of this watch.

At the same time, the fact that the price is so low might raise some questions about the quality and possible longevity of the assembly of the watch - time will tell. For now, however, all that means is that we have a good looking watch at a great price for a beginner skeleton model.