He didn’t crack under pressure. The football manager took underdogs Leicester City to Premier League glory, and the Swiss brand was quick to capitalize.

He’s the most talked-about manager, and he definitely didn’t crack under the pressure of expectation.

Claudio Ranieri, the Italian football manager known as the “Tinkerman”, will be known as Premier League champion from now on. Despite being an overwhelming underdog to win the league at the helm of minnows Leicester City, Ranieri completed the Cinderella story against all odds.

How much of a long shot was it for Ranieri and his team to win the championship? According to the BBC, Leicester were at 5,000/1 odds to win the Premier League when it started last August. Do you know what had better odds? 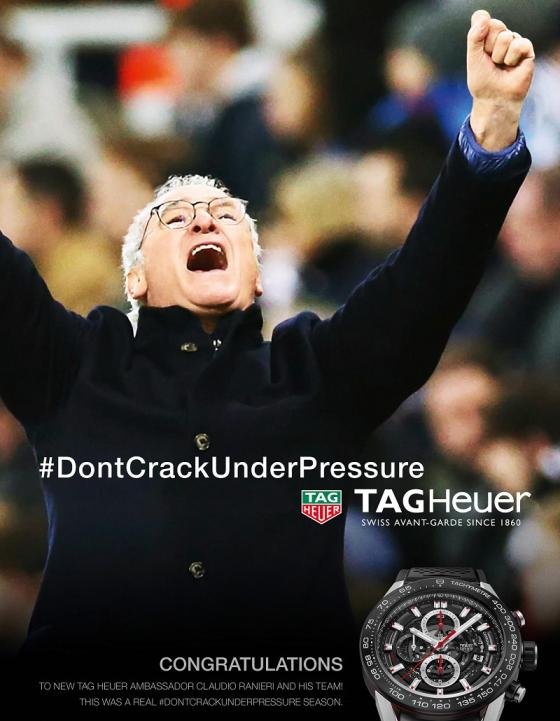 Elvis, who died in 1977, was at 2,000/1 odds for being found alive and well in 2016. Kim Kardashian becoming President of the United States of America also had the same odds, predicted twice more likely to happen than for Leicester to win.

Becoming brand ambassador for one of the biggest luxury watchmakers in the world was also a long shot last summer. But Ranieri has become the newest face of TAG Heuer, joining another football star as brand ambassador, none other than Cristiano Ronaldo.

The partnership comes at the back of a historic agreement with the English Premiership. The Swiss brand made its English footballing debut and became the Official Timekeeper and Official Watch of the Premier League. 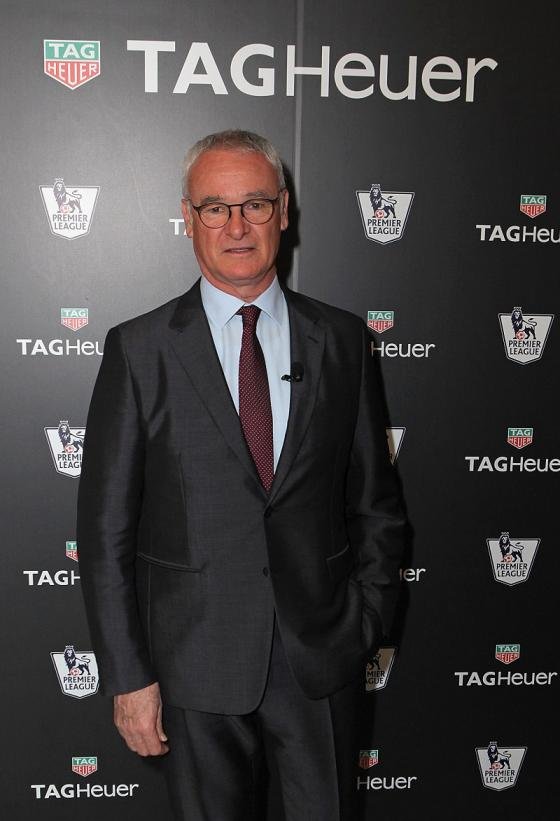 Ranieri has caused one of the greatest upsets in sporting history, and the added notoriety he gets will add to TAG Heuer’s global exposure.

The partnership might also signal a shift in its sports marketing strategy. Very active in Formula One, tennis and golf, the brand is increasingly present in the world of football. They have recently concluded deals to become the Official Timekeeper for the German Bundesliga, US based Major Soccer League, the Chinese Football Association Super League, and the Australian National Football team.

As for Ranieri, the added attention – and padded wallet – are certainly deserved. Well done Claudio!