History repeats itself. The Swiss watchmaker has drawn on it’s utilitarian marine tradition and produced a highly complicated new model.

Panerai Haute Horlogerie Manufacture has made a name for itself by producing some very straightforward timepieces. Military inspired and focused on technical execution, their watches haven’t deviated all that much over the years in terms of design and complication.

As of late, the brand has upped its game and shown its credentials as a versatile player in haute horlogerie. The new, made to order special edition Radiomir 1940 Minute Repeater Carillon Tourbillon GTM proves the point. 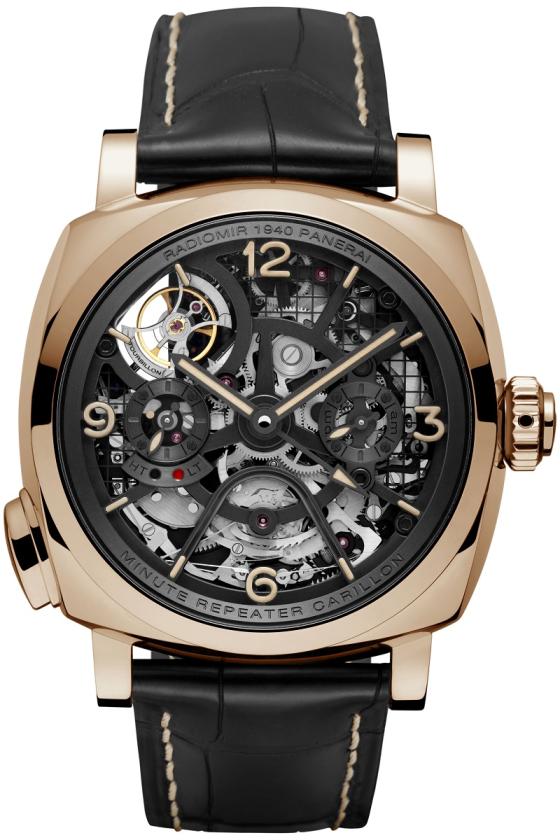 While its design is based on the past – as it’s name would suggest - the mechanics of the watch are all new. The Neuchâtel-based watchmaker has developed the new P.2005/MR manufacture movement, a hand-wound skeleton calibre which is the result of four years of research and development by the Laboratorio di Idee.

Four years well spent, because the new movement packs a lot of new features, taking Panerai to another level of watchmaking.

The Minute Repeater Carillon boasts a new chiming function, which is activated by a push-piece at 8 o’clock. Uniquely, the chiming is carried out by three hammers - instead of the traditional two - which enables three different sounds to be combined into a melody.

But the most remarkable feature of the watch is that the minute repeater function can be activated both for local time and for a second time zone. This GMT function is indicated on the dial by the central arrow hand, with a morning/evening indicator on the counter at 3 o’clock. This means the watch can also chime the time in two different time zones, an incredible feat which is hard to come by - if it even exists at all in other watches. 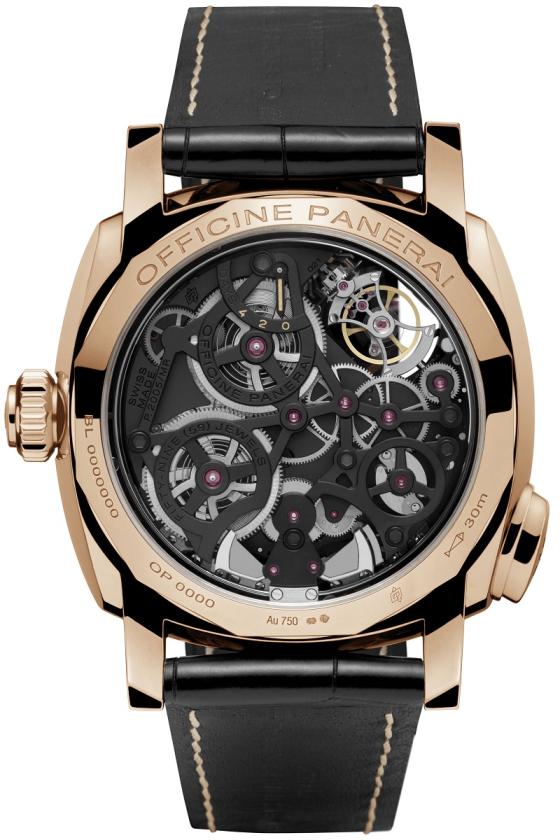 In addition to the minute repeater mechanism, the watch also has a tourbillon regulator. It can be admired from both the front and the back of the watch thanks to some good work in skeletonisation.

The Radiomir series has its roots in military operations, intended as purely functional timekeeping devices. So it’s quite the departure to see any chiming function at all on a watch that was born for strictly utilitarian purposes, never mind such a complicated one. And having introduced its first tourbillon model in 2007, the brand is also making headway in that category. In fact, their tourbillon models are arguably among those underappreciated ones out on the market.

The fact that the Radiomir 1940 Minute Repeater Carillon Tourbillon GMT packs so many mechanical punches is very telling of Panerai’s intentions. Keep an eye out for the brand’s broadening range of complicated timepieces.