Tick, tick, boom! The TNT Royal Retro Skull is the latest release by the Swiss brand, playing with light and shade to produce a very imposing new timepiece.

The main focus of Carole and Pierre Dubois - founders of the Pierre DeRoche brand – was to make a reliable timepiece that is also creative and exclusive. And exclusive it certainly is: the TNT Royal Retro is only produced in a highly limited edition of 5 pieces. 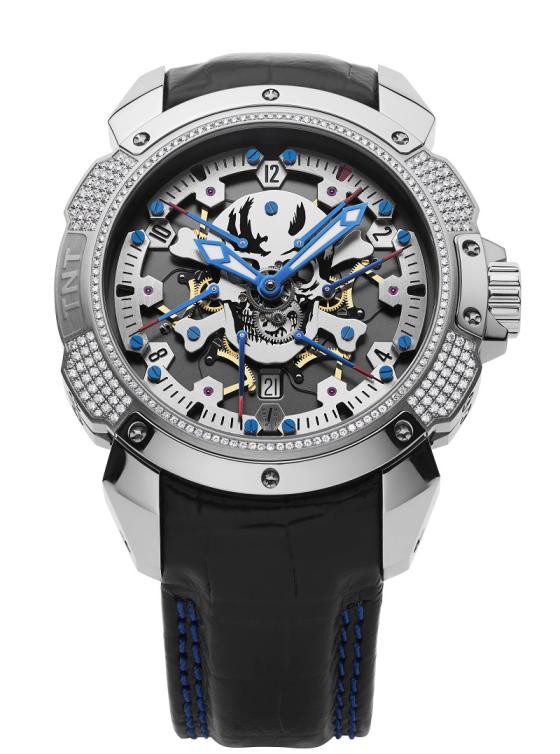 But at its essence, this watch is very much the product a family affair. Pierre’s two brothers run the DuBois-Depraz movement manufacture in Switzerland’s Vallée de Joux. They also provide the movement for the TNT Royal Retro, a whopping 58 jewel movement courtesy of the two bothers. The excellent movement allows the displays of hours and minutes, including the famed seconds with retrograde function as well as a date function.

The brand won’t miss an opportunity to boast about having the world’s only calibre with six retrograde seconds mechanisms. That means that the job of counting out a minute on the watch its split across 6 individual hands, each one measuring out 10 seconds before jumping across the next one. The complication will definitely draw the eye and start a conversation. 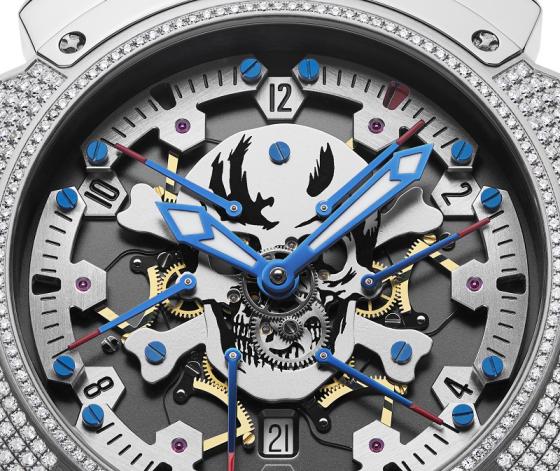 The watch case comes in at a large 47.5 mm-diameter, with a case made of steel and black PVD-coated titanium, set with 240 brilliant-cut diamonds. The watch design plays on shades of darkness and light, an effect which ultimately produces the distinctive skull shape on the dial. The black zones of the central bridge are formed using the so-called “light trapping” method, which consists of a background featuring an irregular topography that prevents light from penetrating its surface.

the TNT Royal Retro by Pierre DeRoche will set you back no less than $24,000 - a price as explosive as the watch itself.