Jaquet Droz presents a new feminine model of the SW family which promises to be equally sporty and luxurious. But is it really? 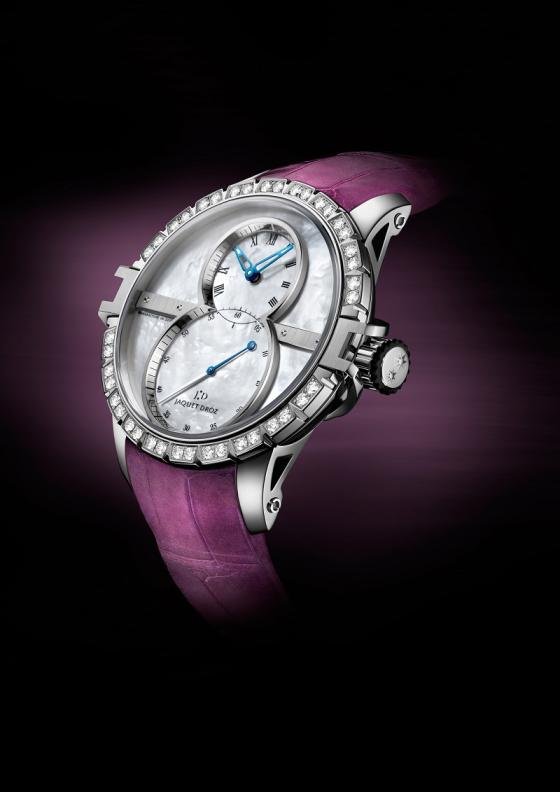 The Grande Seconde collection of wristwatches by the Swiss watchmaker has been a popular one over the years. So it was only a matter of time before the decision was made to produce a sporty variant of the original luxury timepiece.

The brand’s first attempt produced the Grande Seconde SUW. The name itself suggested that what we got was a “Sport Utility Watch”. It was hard to pin down – the watch wasn’t obviously sporty or obviously luxurious. But that’s not the case with this ladies’ version. 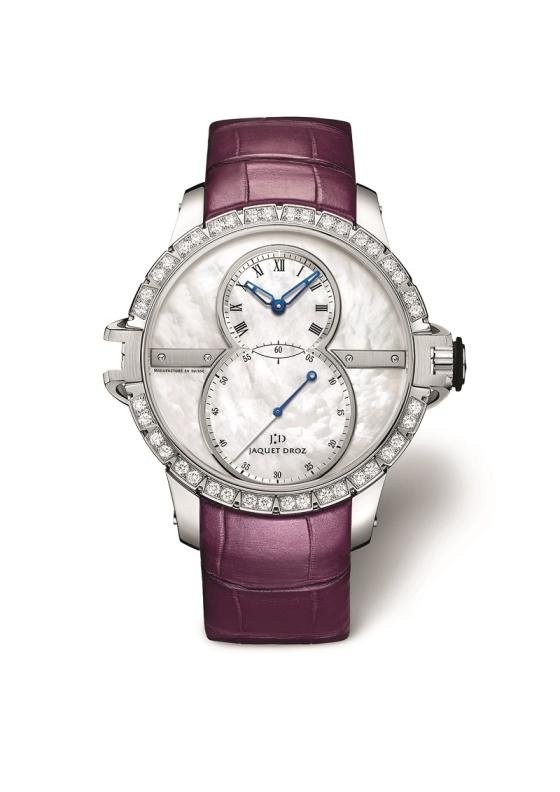 This time around it’s clear that the watch is more luxury than sport. You might have assumed as much since they’ve decided to drop the “Utility” from the name, and now all we’re left with is SW for “Sports Watch”.

This model is packaged in a 41mm stainless steel case, and is offered for the first time set with 40 diamonds set on the fluted bezel – definitely more luxury than sport. 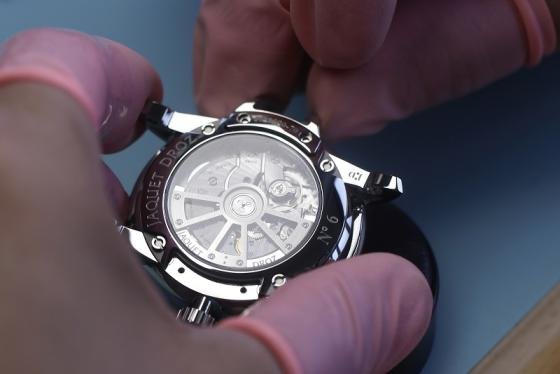 Adding to the luxurious feel, a mother-of-pearl disc forms the dial of this watch, complemented by a ring and plates in white gold. Following in the great tradition for the brand, the figure 8 – a symbol of infinity, balance and achievement – is created by the watch’s two superimposed subdials.

But other elements have been given special attention to add a bit more of a sporty feel that’s promised by the brand. The horns have been hollowed for greater lightness, and the crown’s rubber cast offers water-resistance up to 50 meters. The blued steel hands are also partially coated in Super-LumiNova to shine in the dark, and a silicon balance spring ensures the watch is unaffected by magnetic fields or changes in temperature and pressure. 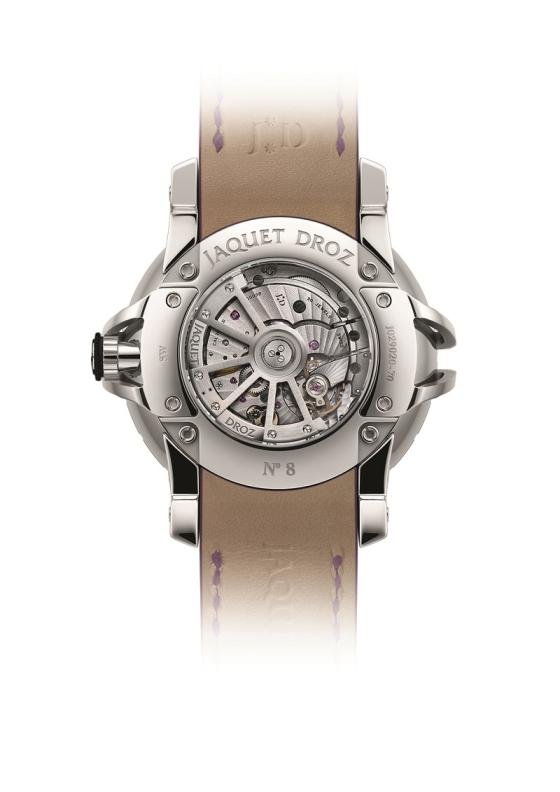 Overall, we get what we expect from the Jaquet Droz Grande Seconde SW. The familiar figure 8 dial design and a solid movement featuring a sunray-polished Côtes de Genève motif. We also get branding that’s a bit misleading. Other than a few sporty touches, this is more of a fine feminine dress watch than a sporty rugged number for the weekends.