The new version of the exceptionally designed Lady 8 Flower hides a mechanical secret – a blooming lotus flower that unfurls its petals on request. 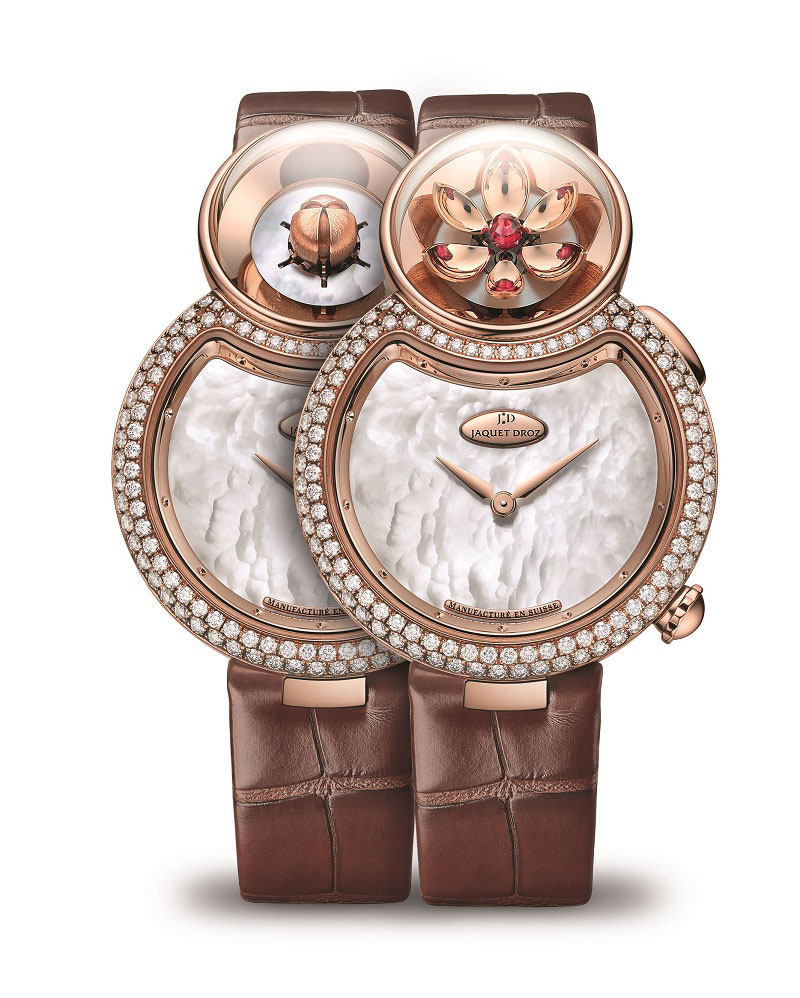 The Lady 8 was the first ladies’ timepieces by Jaquet Droz and it was an instant hit from its launch in 2013. Since then, the brand has released several different skews of the same model, but they all had many things in common.

The watch case on the Lady 8, as you might expect, was in the shape of the figure 8. The brand has been long associated with the number 8, promoting it as a symbol of completeness and infinity. As an aside, market savvy watchmaking brands have the tendency to incorporate the number 8 into their creations simply because it’s thought to bring luck in some Asian cultures. 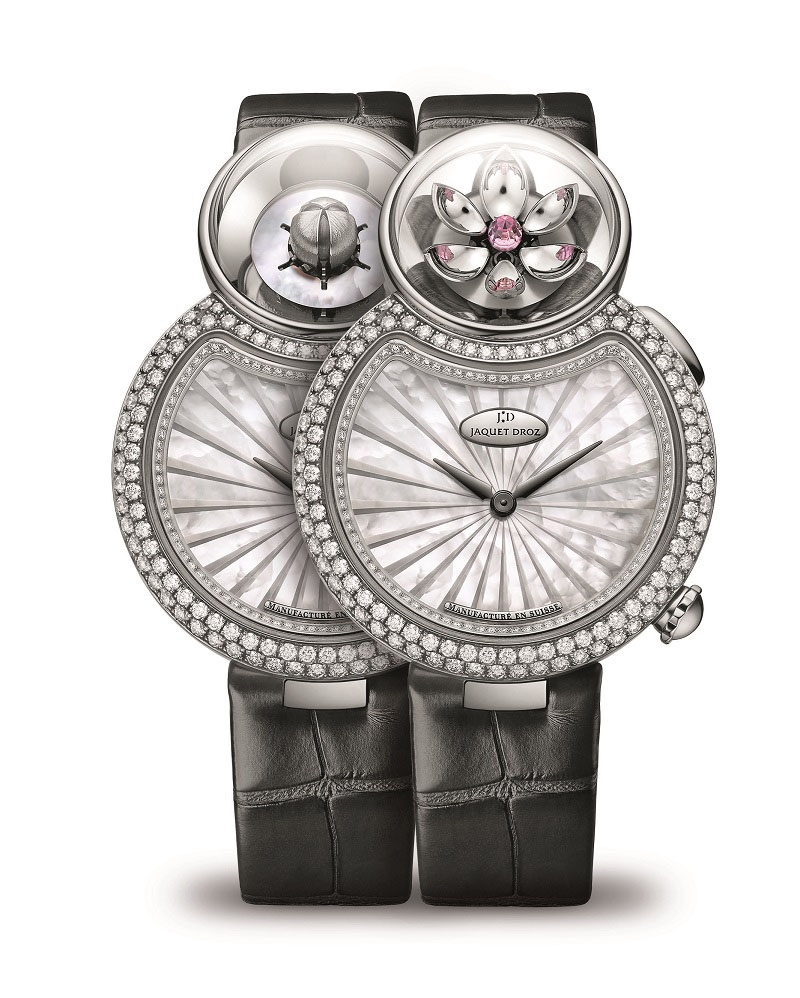 But I’m inclined to give Jaquet Droz the benefit of the doubt simply because they’ve done something really special with the Lady 8 Flower, their latest model in the range.

The watch has two superimposed dials, with the lower dial doing the time-telling. It’s crafted in slightly convex mother-of-pearl and there is also a nice guilloché sunray pattern on the white gold model.

But the more interesting part is the spectacular upper dial, which completes the figure 8 design. The upper dial features a lotus flower, again a symbol considered sacred in some Asian cultures, which can blossom at the simple push of a button at 2 o’clock. Mimicking the opening and closing of a real lotus, the complication includes six gold petals which are polished and satin-brushed by hand and open to reveal a twirling sapphire or ruby in the heart of the flower.

Pierre Jaquet-Droz made a name for himself with his amazing automatons across 18th-century royal courts, and the brand has definitely continued that spirit with this watch. They’ve even done one better, because a lot of research went into properly miniaturizing the two separate movements that drive this watch. Their hard work and amazing results can be appreciated through the display case back.

As you might have questted, the white gold and rose gold models are each limited to only 8 pieces, making 16 in total. I suppose, then, you’d have to be already quite lucky to get your hands on one of these watches, before the watch itself can bring you some luck.