“Can-Am”: The racing essence of MB&F


“Can-Am”: The racing essence of MB&F

Yes, they can. The Horological Machine N°8 is a high-octane race car-inspired design based on North American values that only this horological lab can pull off. 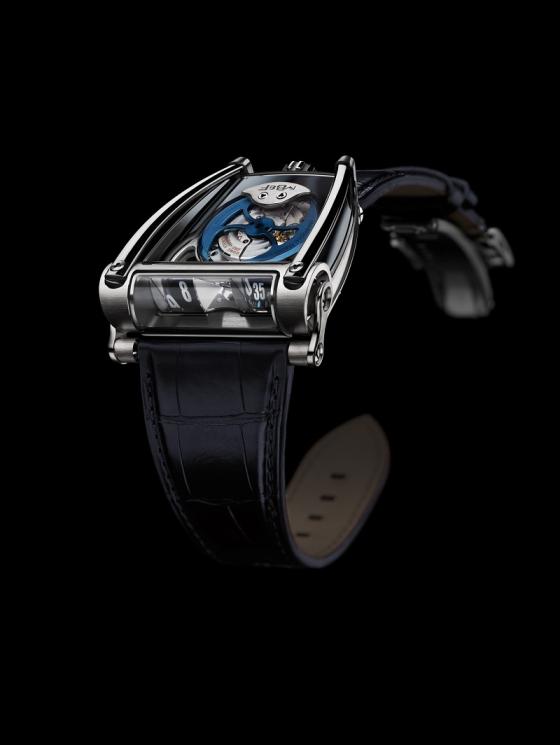 The usual cliché about Europeans is that they are more refined, sometimes even regimented. North Americans, on the other hand, are thought to be all about freedom and power. Having lived on both sides of the pond, I can attest to both.

Those attributes were expressed in many ways, one of which horological lab MB&F has picked up on: auto racing.

In the 1960s, Formula One was the premier motor sport, revered in Europe and based on strict rules and regulations. Engines were only developed up to 600-horsepower and engineers had to follow all kinds of other restrictions. 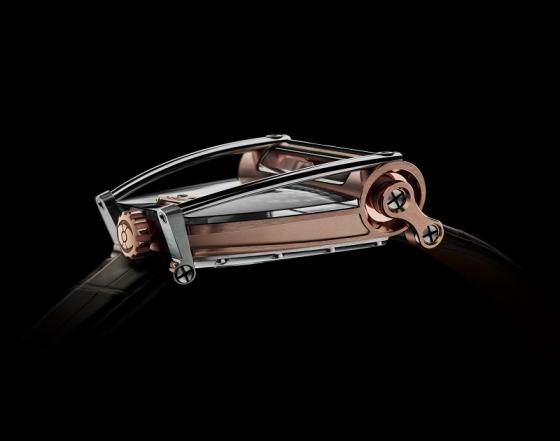 Of course, the North American racers wouldn’t have any of that. So they created their own rival racing series, the Canadian-American Challenge Cup, known as the Can-Am. It was at the Can-Am where racing royalty like McLaren, Lola, Porsche really made a name for themselves.

The basic idea behind the Can-Am was simple: go fast and never mind all those European rules! In a typical North American way, restrictions were minimal and allowed for huge engine sizes, turbocharging, supercharging, and unrestricted aerodynamics. You name it, they probably let it slide. 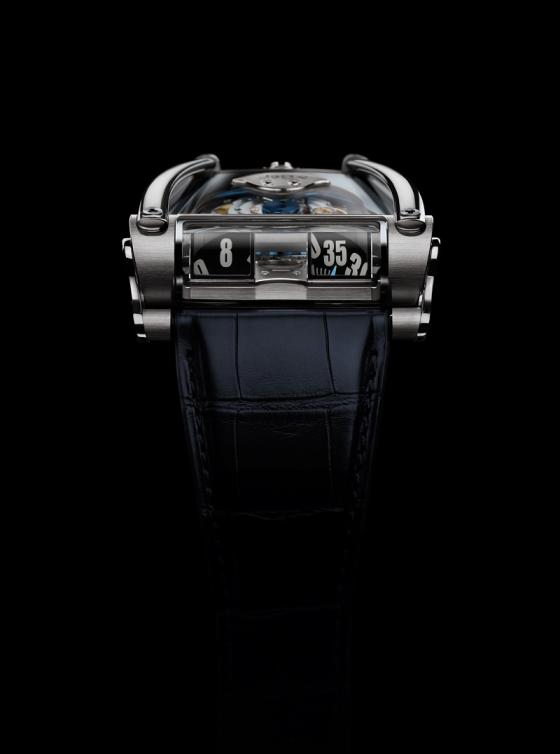 Porsche, for example, developed a model of their 917 with a flat-12 motor producing up to 1,580 horsepower! That was nearly three times more than the Formula One cars of the day. Naturally, they called their beast the Turbopanzer, which was capable of hitting speeds over 380 km/h (240 mph).

Unfortunately, the Can Am never really recovered from the days of the oil crisis. This year would have been the 50th anniversary of racing series and MB&F has taken notice by launching two versions of the Horological Machine N°8 “Can-Am” wristwatch. 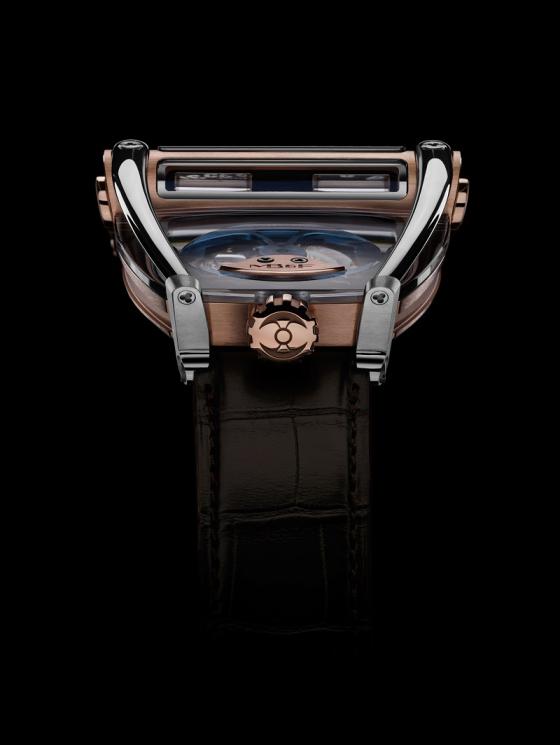 Available in 18K white gold/titanium and 18K red gold/titanium, it features an angular case, with dual optical prisms vertically displaying bi-directional jumping hours and trailing minutes. The brand’s distinctive battle-axe winding rotor is visible on top, on display much like the engines of today’s supercars under glass.

The HM8 engine is based on a Girard-Perregaux movement and has an in-house developed bi-directional jumping hour and trailing minute indication module. The unique thing about it is that the movement is inverted to put the winding rotor on top, modified to drive the prism indicator module. The power reserve is nothing to write home about – only 42 hours – but I suppose that’s also consistent with the gas guzzling racing cars of the 1970s. 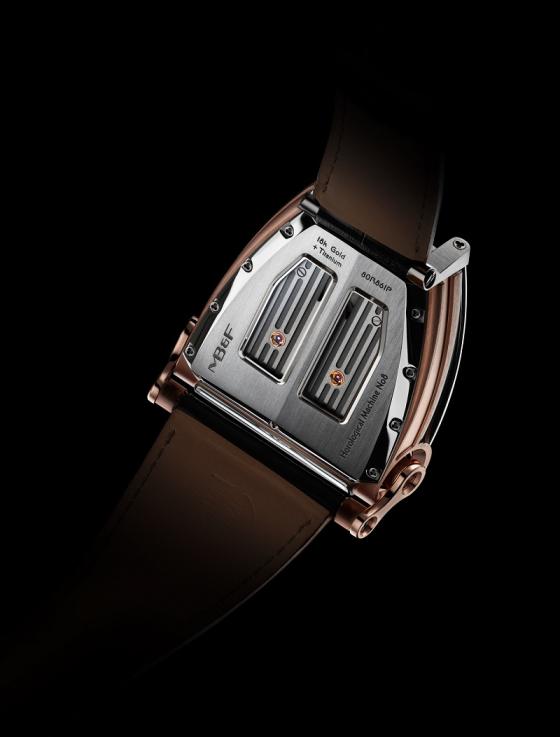 But the really impressive feature of the HM8 is the Can Am inspired roll cage around the case of the watch, completing the racing look. The roll bars are milled from solid blocks of grade 5 titanium and then meticulously hand-polished to a shine. They look fantastic, and of course add extra protection to the timepiece.

When he was young, the brand’s founder Maximilian Büsser dreamt of becoming a car designer. He ended up designing watches instead, but he didn’t stray too far from his dream because the HM8 looks like a miniaturized racing car on the wrist. Naturally, Büsser is proud of the result:

“I feel that this is one of the coolest pieces I’ve ever created.”

By now, we expect nothing less to come from his horological lab. Büsser has made a name for himself as the chief of one of the most exciting watchmaking brands out that, which really knows how to make childhood dreams come true.