The Zurich-based brand uses a unique way to tell the time that’s apparently better for us than using the same old hour and minute hands method. 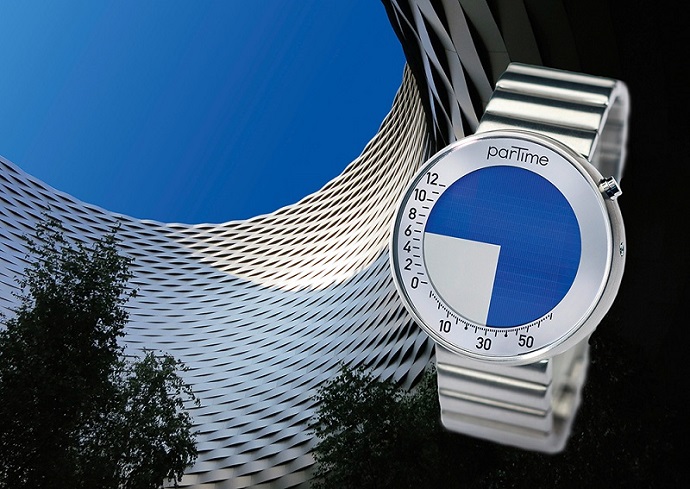 Most of the times when I learn about a new wristwatch it’s through a press release sent by a brand’s savvy communications department. There are also the occasions during the big trade shows where retailers, the public and us journalists might come across something new in person.

But my latest discovery interestingly came while I was sitting in seat 32A, browsing through an airline magazine while waiting for the plane to depart. A full page ad caught my eye for ParTime, a different brand coming from Zurich, Switzerland. 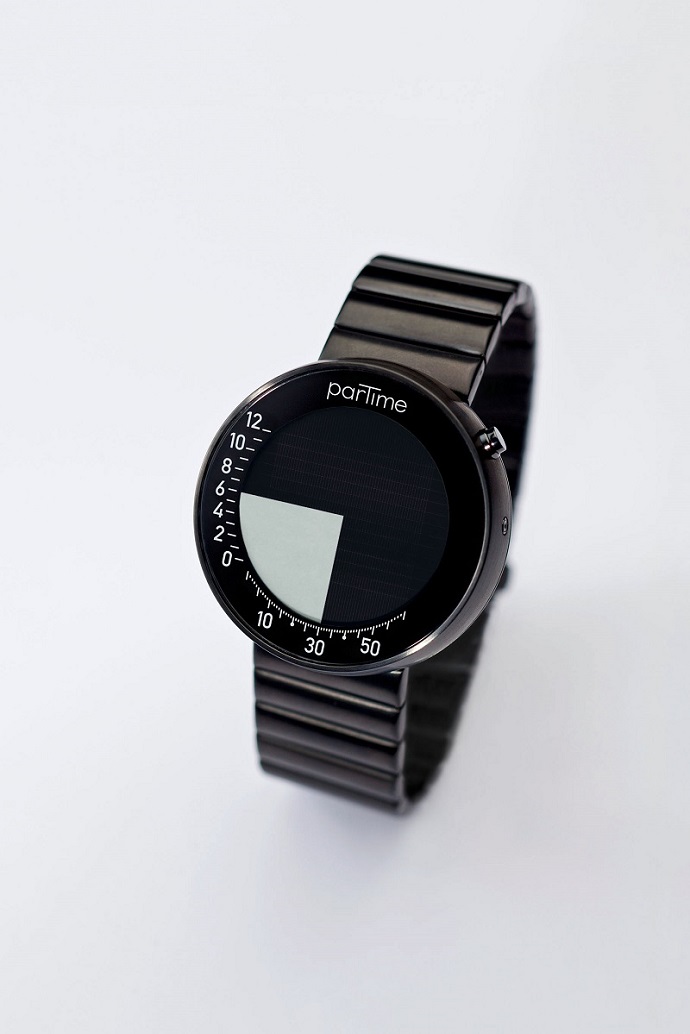 After some research, I learned that the geometric and graphic timepiece is the work of Zurich designer Andreas Mossner, who always wanted to develop a way of telling time that doesn’t “hit you immediately, but is thought-provoking and beautiful to look at.”

He had been working on the concept for six years before taking his first ParTime watch to market in 2002. And the result was certainly something new: a watch with no hands, that didn’t even tick. Rather, it displayed the time as an area on the 45 mm stainless steel dial, represented by a right angle that grows larger, literally by the minute. 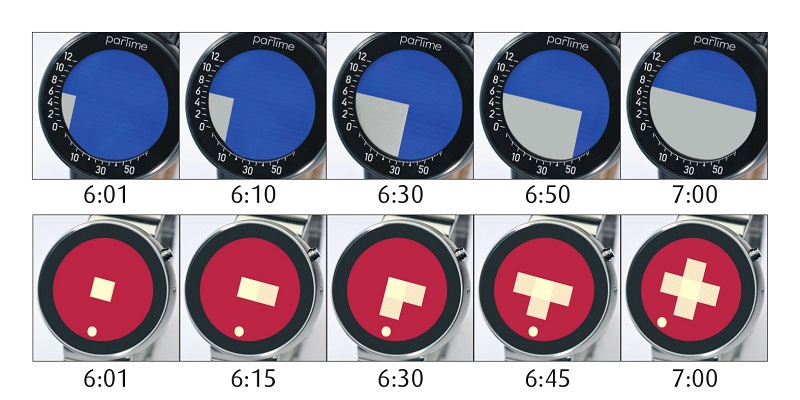 And in a nod to its Swiss roots, the brand also received some notoriety for its second major release, which tells the time with the help of the Swiss cross. The white cross gradually appears in four quarter-hour sections on a red background, until fully completing one hour - and the Swiss flag - with a dot on the outer edge indicating the specific hour. 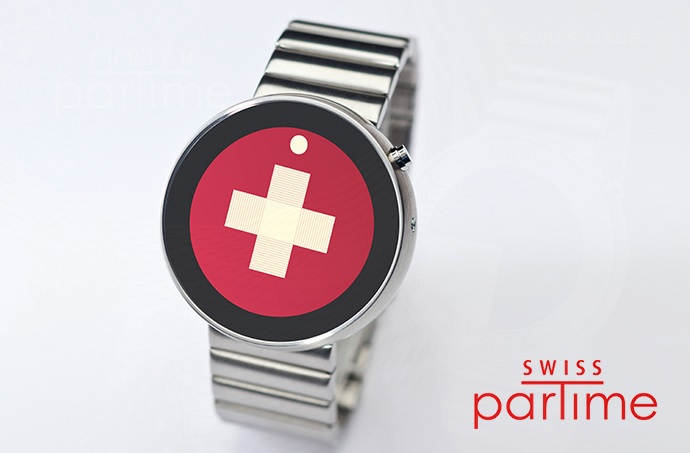 I also discovered that the design of ParTime watches was inspired by our historical ways of telling the time. Up to 5,000 years ago, it was documented that people followed the passage of time by looking at shadows: the larger the surface of the shadows, the more time had passed by.

Apparently, we are better and faster at understanding time periods by looking at proportional surface areas than by simply using traditional hands and dials. I suppose that’s why the hourglass still persists in modern society as a symbol of the passage of time, since it relies on those same principles. ParTime watches also use that same method to great effect, and they are certainly appreciated by those among us that are more visually and spatially inclined.

Moving forward, I could see Andreas Mossner’s collection broadening with new models that sport new shapes to tell the time. Surely, there is also the option to integrate some smart functions within the watches, to be displayed on the digital dials. But for now we can appreciate ParTime watches for what they are: something out of the ordinary.