The horological laboratory and the Maison Caran d’Ache join forces to capture the zeitgeist with a new creation: the Astrograph writing instrument. 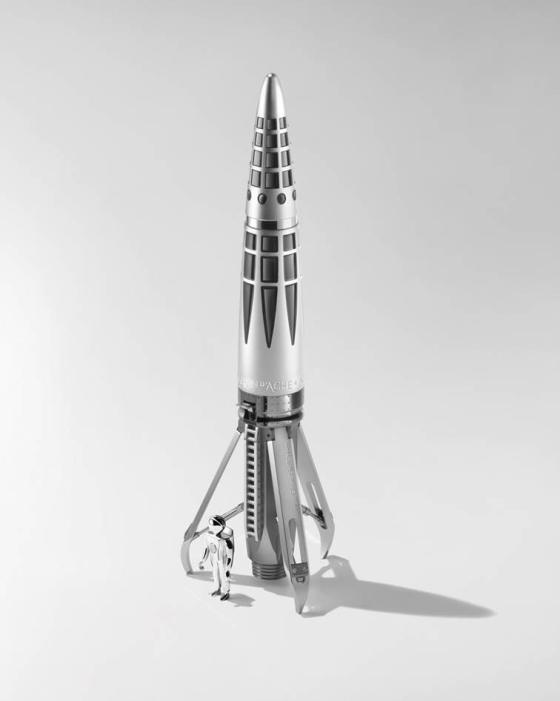 When billionaire Elon Musk goes to Mars, he might just take the Astrograph with him. Conquering space has always captured our imagination, and Musk, one of our generation’s intrepid explorers recently announced his plans to conquer the red planet.

MB&F’s founder Maximilian Büsser also had similar dreams as a child. And he has projected them onto a new “writing instrument” called the Astrograph.

To make it happen, Büsser joined forces with famed Swiss writing instrument maker Caran d’Ache four years ago. He revealed to their creative team his childhood dreams of travelling in space and Caran d’Ache’s team drew upon its imagination and technical ingenuity to construct the new rocket-shaped pen. 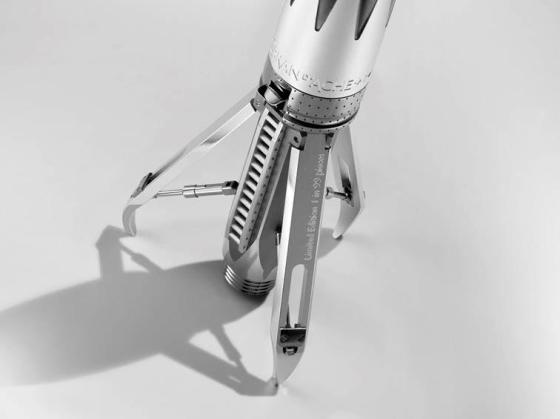 You might ask: four years to make a pen? But with the Astrograph you don’t only get a simple pen, but an instrument that comprises many innovative features among a total of 99 components. The package includes a “detent” system of vertical stabilisation, a launch-pad box, a magnetic spaceman figurine, and more.

In a very Swiss way, the structure of the Astrograph is articulated by an ingenious mechanism inspired by penknives. It features a miniature lever, which is the entry door to the rocket that activates the simultaneous and symmetrical lowering of three stabiliser legs. They have been sandblasted, satin-finished and rhodium-plated to boot. The “fuselage” of the rocket is also accentuated by a chequered pattern enhanced with anthracite lacquer, a speciality of Caran d’Ache. 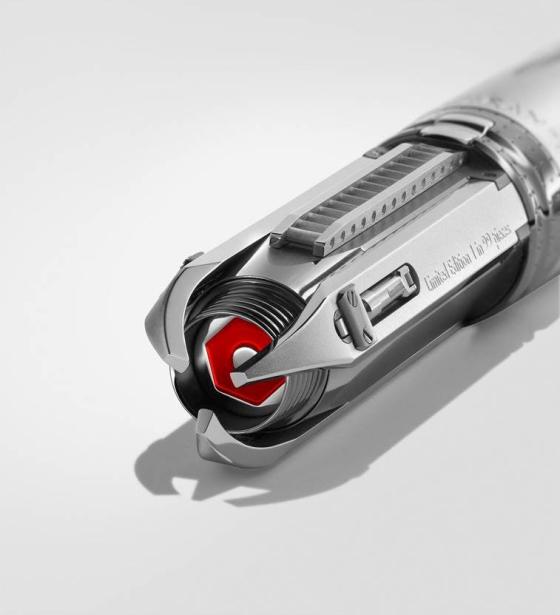 The instrument then unscrews to reveal the fountain pen inside the fuselage, which is “launched” from its “base” and becomes ready to use.

The package is wrapped up nicely with a presentation box in the form of a launch pad, allowing the pen to be placed in a vertical position, ready for take-off. Just for fun, the Astrograph rocket also comes with a miniature figurine of an astronaut, which is rhodium-plated and magnetised, allowing it to attach to any part of the body. 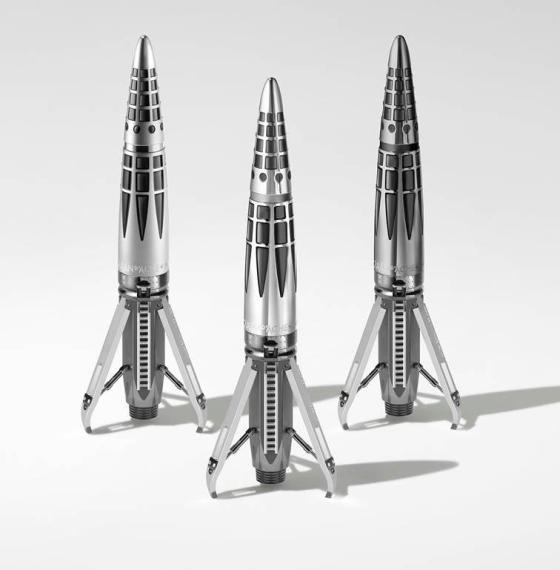 This is apparently the most complex writing instrument ever made in the Swiss pen-maker’s workshops and it’s without doubt the most complex one I’ve ever come across. But you wouldn’t expect anything less when partnering with the creative geniuses at MB&F.

The numbered, limited edition Astrograph is available in three finishes: high-gloss rhodium, sandblasted matt rhodium or anthracite ruthenium, and it costs just shy of $20,000. Elon Musk, this one’s for you.